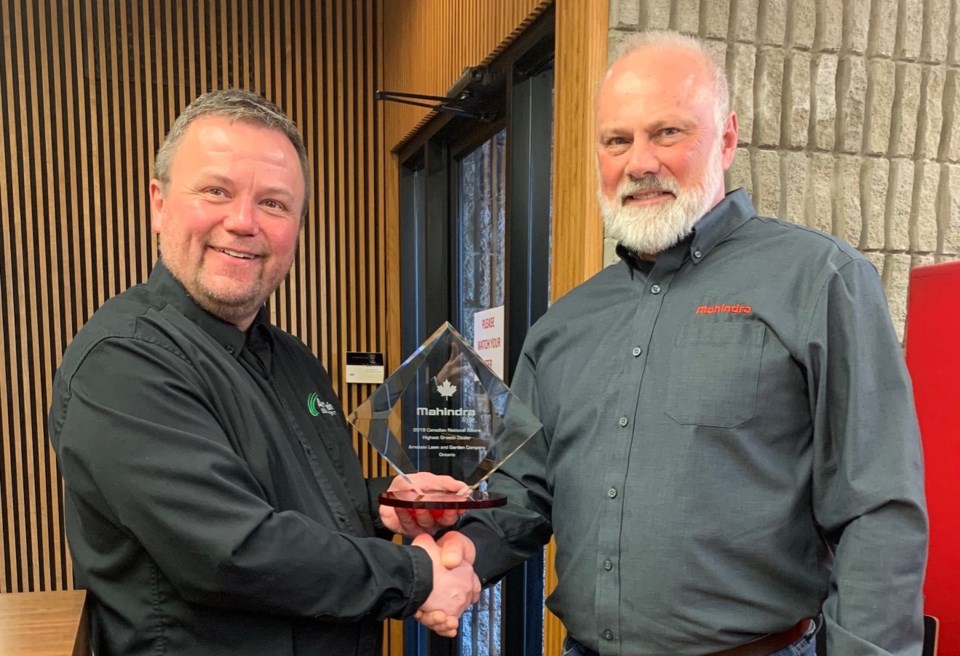 The local Mahindra dealer has been recognized recently as the top Canadian Dealer.

"I was surprised when the dealership was announced as the award recipient," stated owner David Culin in a release.

Culin says Arnstein took on the Mahindra line in 2014 and have had great success with the tractor line sales.

This is not the first time the dealership has been recognised for its sales success.

Mahindra USA has recently asked owner David Culin to be on the Canadian Dealer Advisory Council. His territory will cover all Eastern Canada dealers.