“So when someone comes to my camp and they’ve never exercised before I am passionate about it and I know how to treat them because I’ve actually been in those shoes."
Oct 31, 2016 4:01 PM By: Chris Dawson 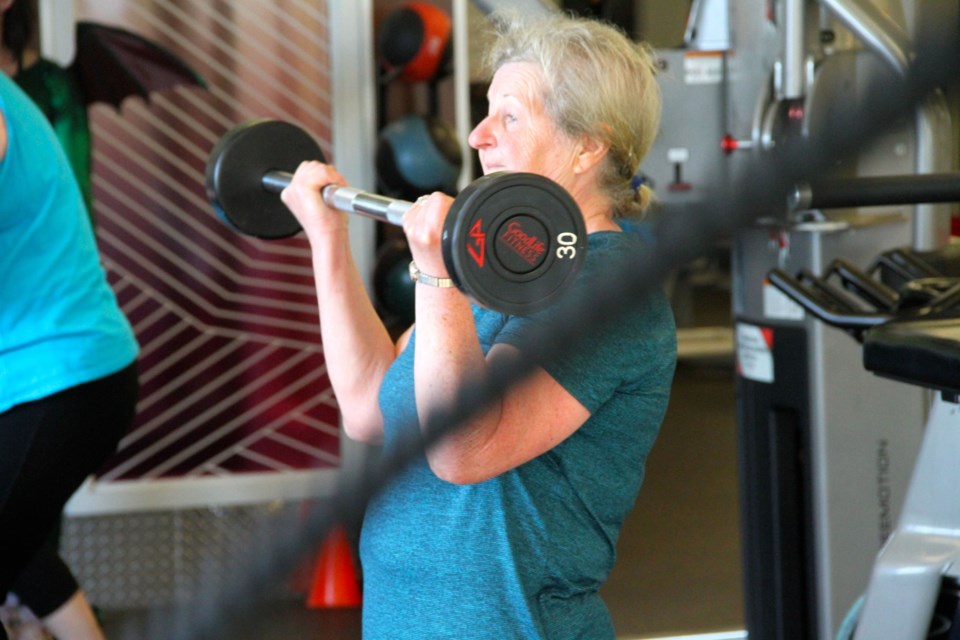 There are all sorts of fitness techniques out there to get people of all ages back into shape.

Here in North Bay 73-year-old Catherine Ringuette and 45-year-old Bobbi Clayton have become fitness success stories through what they have achieved this calendar year.

The two ladies have been working at the boot camp at GoodLife Fitness run by personal trainer and award winning bodybuilder Monique Cormier.

“When Catherine first got here she couldn’t bend down to tie her shoes,” said Cormier.

The two success stories have taken part in the boot camp for the past year and have lost a combined 85 pounds between the two of them along with gaining a combined 18 pounds of muscle.

Bobbi is so glad she started attending the camp, as she celebrated her boot camp anniversary last Friday.

“It’s helped me out a lot actually, I used to work out all the time and I just got lost in life and the shuffle and being married, and having kids,” she said.

“I just really needed to get back into it so when Monique said she would run a boot camp I did a trial one and I started from there and I was hooked.”

Cormier believes working in groups is easier for her clients and she lets them work at their own pace.

“Results and fun, I bring fun,” she says about what keeps her clients coming.

“What’s nice about this boot camp is that they are never doing the same thing so every time they come they don’t know what they are doing so there’s always an excitement, ‘oh I wonder what she’s going to come up with today.?’ So they are always challenged, they laugh together so that’s what is nice about team training is that they have each other.  So when someone is not successful in a movement everyone else is going to help them get through it by cheering them on and saying ‘you can do it.’”

Cormier, dressed as a Dragon Princess today on Halloween, is in great physical shape after coming in second place at the mixed pairs bodybuilding championships at the Canadian Nationals this summer.

But Cormier wasn’t always in great physical shape. She says her transformation began in 2008 and since then her and her husband Joe have lost a combined 200 pounds between them.

“So when someone comes to my camp and they’ve never exercised before I am passionate about it and I know how to treat them because I’ve actually been in those shoes.   I haven’t always been fit and I know it takes a long time so modifications are also something that’s very important with my boot camp so when I do approach someone who isn’t fit or is scared, they’ll say, ‘I’m not fit enough to do our camp.’  Everyone is fit enough to do my camp, whether they have exercised before - have experience, no experience.