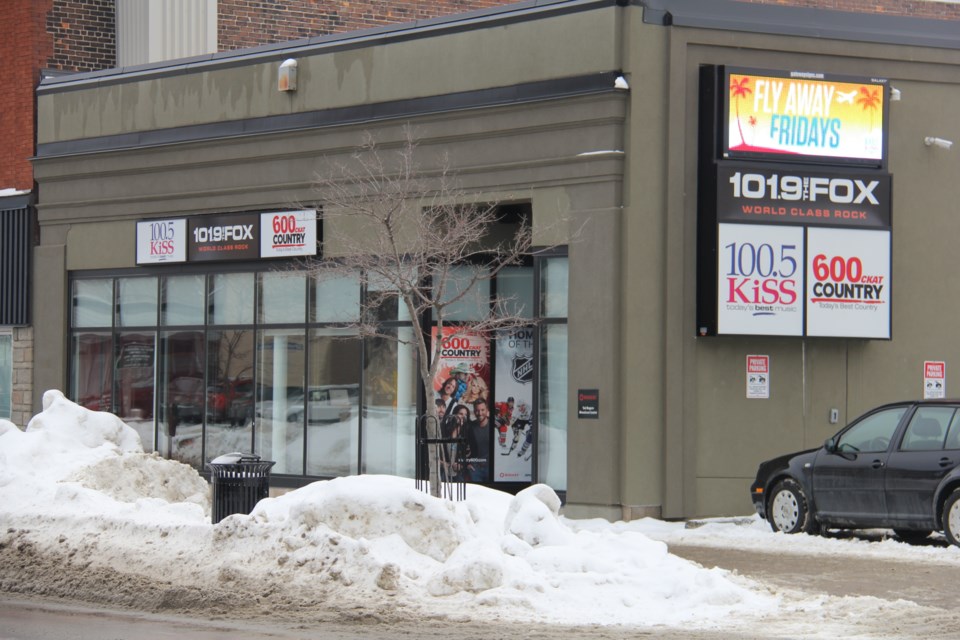 The local media landscape got a lot thinner this week.

In a surprise move, at least five staff at Rogers Radio have been laid off, and its news operation closed. The cuts are not confined to North Bay as layoffs have occurred across the north.

Rogers Sports and Media has not been forthcoming with exact numbers, nor the impact it will have on their programming, advertisers, community, or its listeners.

Listeners were surprised across the north when the usual morning personalities were replaced, unannounced, with Toronto programming.

"A small percentage of our team members across the country are leaving Rogers Sports & Media," stated Andrea Goldstein, senior director of communications with Rogers Sports and Media.

Listeners and advertisers have been left to guess what changes were made and what the future holds.

"We will not get into specifics by market," added Goldstein.

However, the layoffs include some high profile on-air personalities.

"It’s been a tough week. 8,298 days in Radioland will come to an end in early December, due to restructuring," wrote Coffin on his Facebook page. "I look forward to new opportunities and challenges. Thank you for your support and thank you for listening."

Belanger wrote, "Company restructuring means I was notified I was out of a job on Tuesday. Day 1 of unemployment:.I have shoveled, taken out the garbage, walked the dog, watered the plants, and folded all the laundry... Before 9 am. NOW WHAT."

"It's sad to see another media voice silenced," said Jeff Turl. BayToday editor and former news announcer at Rogers. "That newsroom is rich in history and its personalities dominated the airwaves with listeners waking to Clancy MacDonald reading the news, and Peter Handley (A good sport is good for sports) chipping in with sports. The newsroom produced a lot of top-notch talent, and continued up to this day."

Broadcast Dialogue is reporting that 100 jobs were cut nationwide by Rogers Sports and Media this week.

"We are modernizing our business to position us for growth as we face the continued effects of a seismic shift in the media industry from traditional to digital and the challenges of the global pandemic," Andrea Goldstein, Sr. Director of Communications told BayToday. "These changes allow us to prioritize our focus in areas where we have the assets and capabilities to deliver best-in-class multiplatform experiences. We will not get into specifics by market.

"There are some programming changes at select radio stations across the country, including North Bay and in northern Ontario.  Programming details will be shared in the coming weeks."

In an additional move, the KiSS morning show, previously hosted by Kevin Oschefski, will come out of Toronto.

One person wrote on our comment section, "Missed Kevin in the Morning today! He always helped start my day with a laugh or two."

The KiSS website says the Roz & Mocha Show will be the replacement, calling it "Canada's favourite radio show."

The layoffs also affected the Timmins market, where Rogers operates KiSS 99.3 and Rock 92.1. Five staff were let go in Timmins. People in the Sault Ste. Marie and Sudbury markets were also laid off. In Timmins, longtime KiSS morning show host Mark Kinsman was let go, along with newsroom staff.

Rogers won't comment, but it appears about 18 people in total were laid off across the north. That represents a big hit for the north, at about 20 percent of Rogers layoffs across Canada.

MP Charlie Angus, on his Facebook page, wrote, "The decision by Rogers to fire local radio voices in Timmins and pipe in their show from Toronto is insulting. Our office often runs radio ads to highlight local issues for residents. Rogers disregard for the people of our region has made me seriously rethink any ads on this station."

As broadcasting is a federal responsibility, BayToday also reached out to MP for Nipissing–Timiskaming Anthony Rota for comment but received no response.