'Growing up playing hockey in North Bay we always had the Lakers to look up to before the Battalion came around, so they have always been a team I’ve looked up to and cheered for and eventually wanted to play for'
0
Aug 17, 2019 3:00 PM By: BayToday Staff 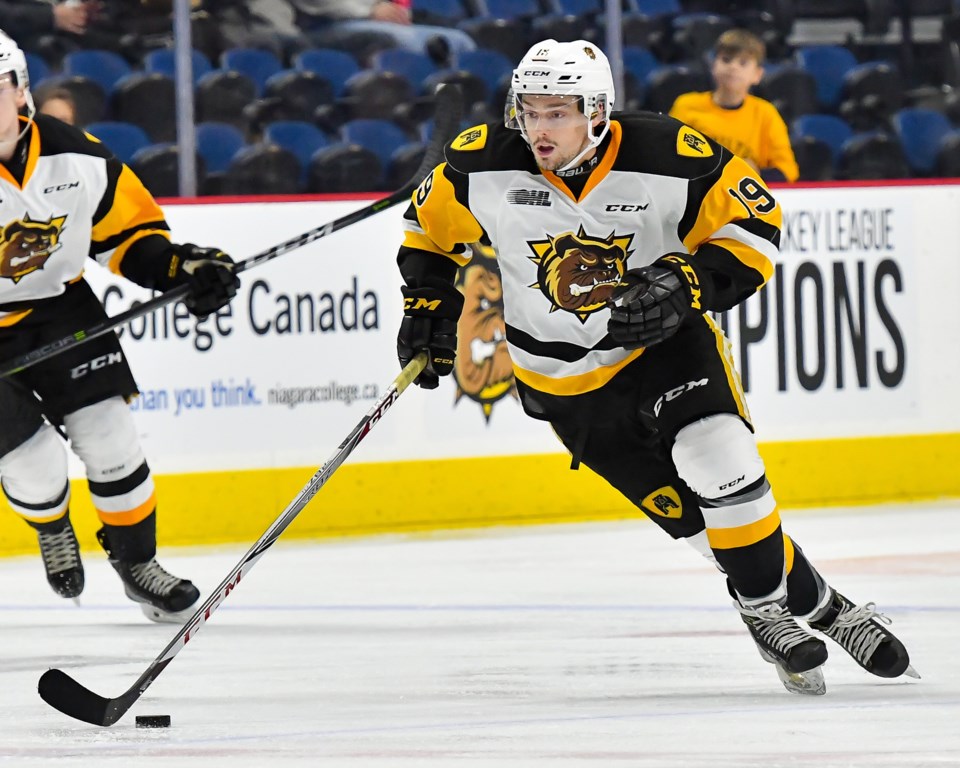 Ben Garagan, who won an OHL title with the Hamilton Bulldogs in 2018, will join the Lakers this fall. File photo.

With training camp just a few weeks away and the regular season approaching, the Nipissing Lakers men’s hockey team has added a local forward with major junior experience to the mix.

The Lakers have signed forward and OHL graduate, Ben Garagan, who joins Nipissing after playing four seasons and over 200 games in the OHL.

Garagan, a North Bay, ON native who suited up for the Trappers in Bantam, finished his junior career with the Windsor Spitfires, along with stops in Hamilton and Sudbury – the team who drafted him.

The speedy forward, who still has one year of junior hockey eligibility, is looking forward to hitting the ice with his new teammates and move on to this new chapter of his hockey career.

“Obviously growing up playing hockey in North Bay we always had the Lakers to look up to before the Battalion came around. So they’ve always been a team I’ve looked up to and cheered for and eventually wanted to play for,” Garagan said in a Lakers release.

“To get the opportunity to attend Nipissing University and wear the Lakers jersey is beyond exciting, to say the least, and being able to play in my hometown is always a great feeling knowing you have your close friends and family there supporting you.”

Garagan finished his OHL career with 28 points in 212 games – 107 with Hamilton, 82 with Sudbury and 23 in his final year with Windsor.

He also suited up for 25 playoff games, 21 of which came in 2017-18 when the Bulldogs claimed the OHL championship and advanced to the Memorial Cup.

Garagan also played in four games at the Memorial Cup.

The 20-year-old is familiar with a few players currently on the Lakers roster, so the transition shouldn’t be too challenging for him despite the jump from junior to USports.

“Coming into my first year obviously it’s about feeling everything out and getting to know everyone that is part of the team and the school. I’d love to come in and provide more offence and try to have an impact being a first-year guy,” he explained.

“I know a couple of the older guys like Lucas Brown, Danny Desrochers and Harrison Harper. Hopefully, those guys can show me the ropes and what it’s like to be a Laker as a first-year player.”

With the graduating of a number of forwards, the newest member of the Lakers is looking forward to chipping in the best way he can.

“I think I’m a real solid two-way forward with offensive upside. I love making plays and setting guys up, but not afraid to shoot and score myself,” he said, adding his speed creates opportunities for himself and teammates. “I think strengths would be my skating for sure and my skill.”

Garagan will join his new team on the ice in a few weeks as training camp kicks off for the 2019-20 season.