Conflict of Interest means: any situation in which another interest or relationship impairs the ability of a Board Member to carry out the duties and responsibilities of a Board Member in an actual, potential, or perceived manner
Jan 26, 2021 3:01 PM By: Jeff Turl 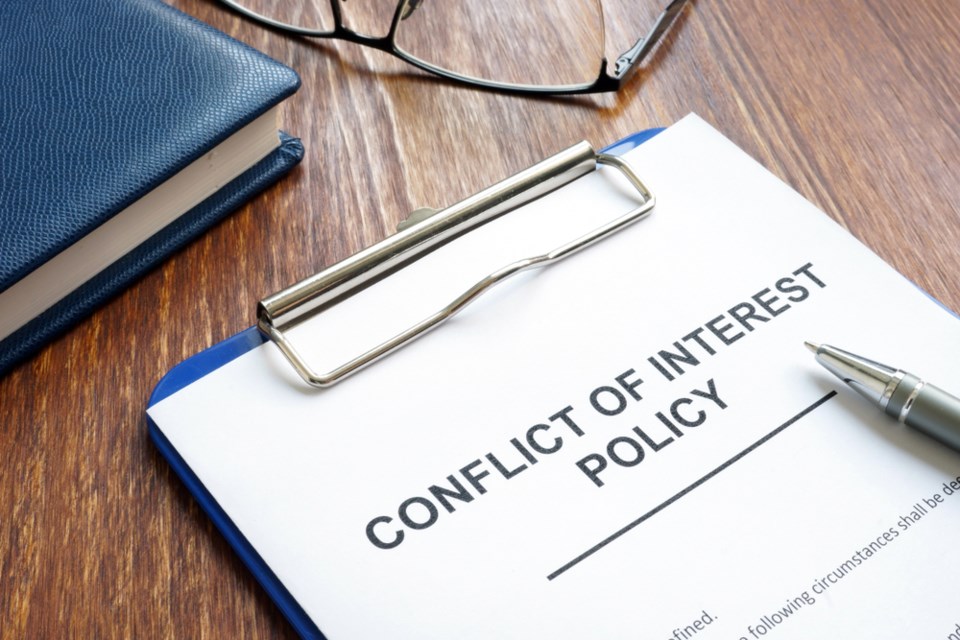 The Board of Invest North Bay is facing a watershed decision this afternoon.

On the agenda is a letter from concerned citizens Kevin Ferris and Nicole Peltier saying they believe Mayor Al McDonald and former chairman George Burton should have declared a conflict of interest when voting on a $1.2 million marketing contract to TWG Communications of North Bay. They want to know what the Board intends to do about it.

"Specifically to Mr. Burton and Mr. McDonald sitting on the proposal review committee at Invest North Bay Development Corporation that reviewed an RFP (request for proposal) from Mr. (Bill) Ferguson’s company, TWG Communications, without disclosing to the board their relationships with the bidder."

Invest North Bay has never revealed its Conflict of Interest policy and it remained hidden until unearthed by Integrity Commissioner George Valin while investigating a City of North Bay Code of Conduct complaint, a separate issue, by Ferris and Peltier.

Valin's report states that TWG co-owner Bill Ferguson was McDonald’s campaign manager in the municipal elections conducted in 2010, 2014, and 2018 and paid TWG a substantial amount of money for advertising undertaken during his election campaigns.

"I conclude, on a balance of probabilities, that between and during the years 2010 to 2018, the Respondent Mr. McDonald enjoyed a personal and business or professional relationship with William Ferguson."

In September 2015, Ferguson was the chair of the Board of Governors of Canadore College, and chair of its executive committee, when the College negotiated a five-year extension of Burton’s contract as its President at an agreed stipend of $1.2 million.

See: Invest North Bay must enforce its own conflict of interest policy or disband says Ferris

BayToday made several attempts to obtain a copy of the conflict of interest policy, arguing it should be available to the public, but was refused by Board Executive Director Ian Kilgour who said it was the Board's decision to release or not release the information.

We also asked for a link to the meeting for reporting purposes. This was also refused, Kilgour saying once again it was a Board decision.

The Board will meet today at noon, and Kilgour has confirmed it will not be available for public viewing, so essentially meeting in secret.

That flies in the face of the Valin report which states when referring to the establishment of the board, "In their Confidential Report to Council dated April 19, 2015 in which they recommended the establishment of INBDC, the City Solicitor and Chief Administrative Officer stated: “As a municipal corporation, the issue of “control, transparency and accountability will be important…”.

Where there is a will, there is a way, so we obtained a copy through other means and present it below. Should Burton and McDonald have declared a conflict of interest, recused themselves, and abstained from voting?

You be the judge.