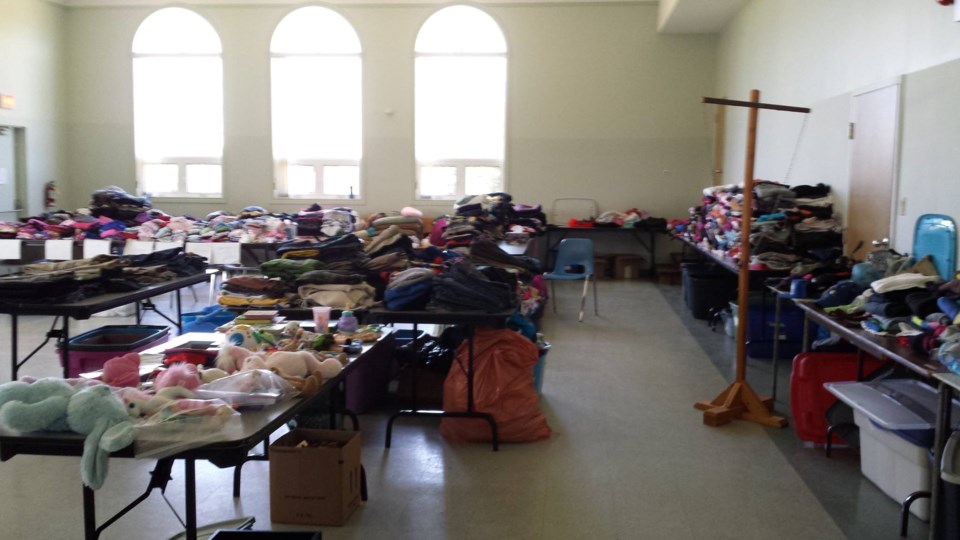 A spokesman for a church spearheading a relief effort for burned out victims of Thursday's downtown Sturgeon Falls fire says he's "overwhelmed" by the generosity of local residents.

He's very pleased with the response.

"It's unbelievable the response we've had," noting donations had come from as far away as Sudbury, North Bay and Huntsville.

"When we started out we were going to do clothes but the town has got us to where we've got furnishings, listings for apartments, ya it's overwhelming how much generosity has been coming in."

Folsom says he has a clipboard for the big ticket items.

"Anybody that got anything like that, I put their name on the clipboard and as people need them I say, 'ok you need it, this guy's got it', but I'm not physically picking them up or anything. If people needed it delivered, we can do that."

And he points out that those on the receiving end are appreciative.

"A man came in and he told me he had a young lad. We weren't in the room where everything was yet. I gave him some toys for his kid and he said he needed diapers, so when he came into the room and looked at everything he broke into tears and said 'I don't know where to start. I've never had nothing before.' I basically told him to come back after and the stuff would be here, but he was just kind of overwhelmed and didn't know where to start."

Their Facebook page says "We are not able to accept any more clothing at this time. Stay tuned to our page for updates on specific needs. We are still accepting non-perishable food and taking contact information for larger household items!!"

Damage has been pegged at $1.5 million.

For info on donating check out the church Facebook page.