UPDATE Arson suspected at fire on Algonquin this morning 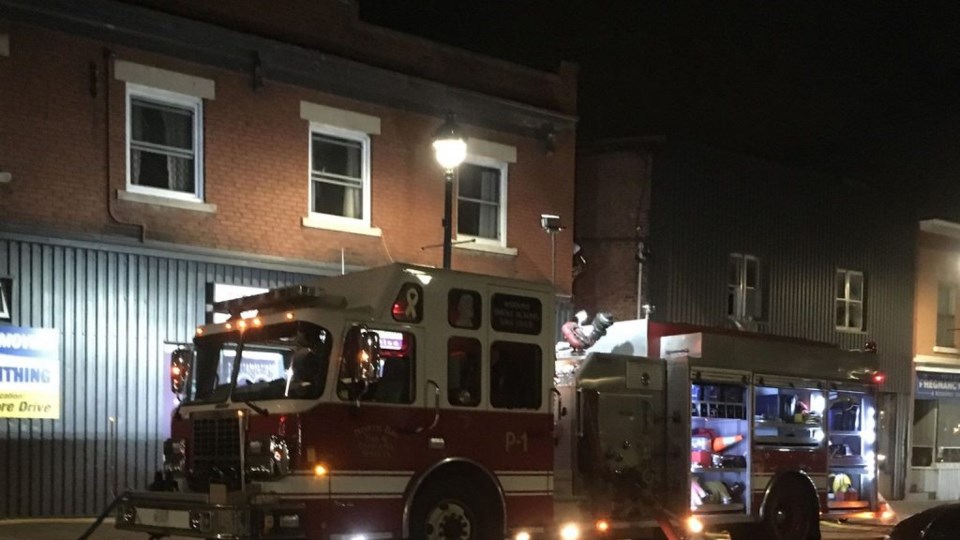 Fire crews from all three stations responded at 2:30 this morning to a significant structure fire at 319 Algonquin Avenue.

"The fire was so intense that it blew out the window of the neighbouring building at 317 Algonquin Avenue causing a second fire which caused significant damage in that building as well.," said Deputy Chief Greg Saunders. "Fire crews successfully managed to suppress the fires in both buildings."

The building where the fire originated was vacant and fire officials believes the cause of the fire to be suspicious, calling in the North Bay Police Service and the Ontario Fire Marshal to investigate the scene.

Nobody was hurt in the early morning fire.

Fire officials say there are no injuries after a call to the 300 block of Algonquin Avenue around 2:38 this morning.

Fire Captain Carey Korhonen told CKAT, "We came across a fully involved fire in a commercial building. It’s a vacant building and the fire was on top of a stairwell,

No word yet on damage.

Korhonen says firefighters checked to ensure the building was vacant and verified there was no one upstairs.

He says there is some damage to the adjoining building.