Fedeli was 'unanimous choice' of caucus to be interim leader, but may not lead party into election

'I am prepared to lead this Party moving forward. We need to focus immediately on Kathleen Wynne and the Liberals. There’s no time to waste'
Jan 26, 2018 2:17 PM By: Jeff Turl 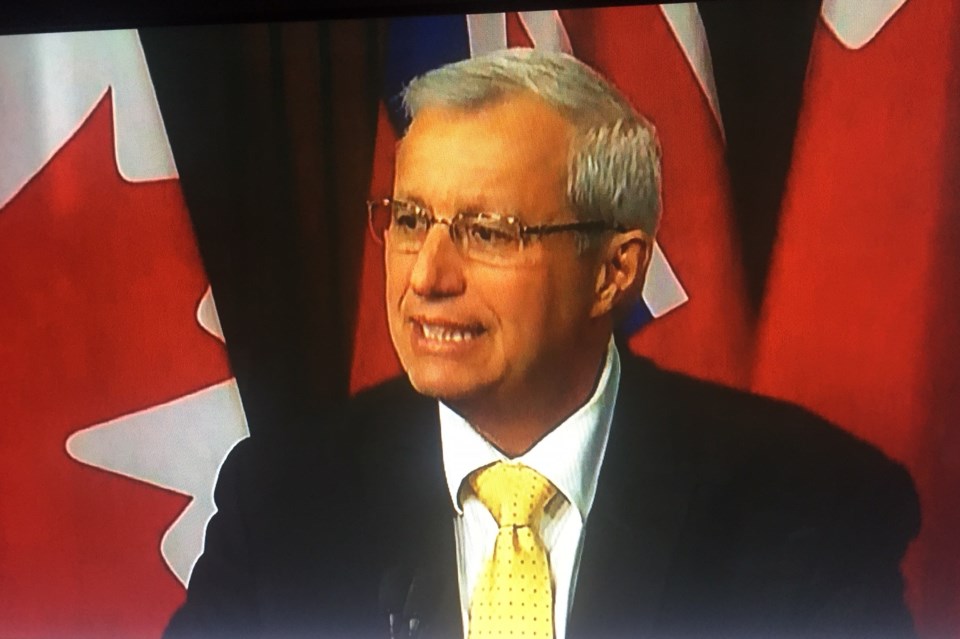 New Ontario PC leader Vic Fedeli was quick to make a few things clear this afternoon after being unanimously selected by his caucus colleagues.

Speaking to reporters Fedeli made it clear that disgraced former leader Patrick Brown is not welcome in caucus and should step aside until he has cleared his name.

"As leader, I would not sign his nomination papers," Fedeli said emphatically when asked if Brown would be allowed to run in the next election. "Together with caucus I am asking Mr. Brown to take a leave of absence from the Ontario PC caucus while he has a chance to defend himself.

“The last 48 hours have not been easy. I want to commend the brave women who had the courage to come forward and share their stories. Harassment has no place in our society. Any allegations of sexual misconduct must be taken very seriously."

“Our Party, and the people of Ontario have a great challenge ahead. I am prepared to lead this Party moving forward. We need to focus immediately on Kathleen Wynne and the Liberals. There’s no time to waste.

“The days, weeks, and months ahead will not be easy. But, I’m confident that as a team we can, and will, bring the change Ontario needs. Change that renews Ontario’s status as the best place in Canada to live, work and raise a family.

"This is a challenge and a journey that I will not take lightly," North Bay's former mayor said.

Fedeli may or may not lead the party into the next election.

The executive committee will decide if a leadership vote will still be taken by party members, and speculation is that a vote will take place. That decision is expected to be made this afternoon.

The election is slated for early June.