'If we’re going to open a new office we should look to North Bay. The cost of housing is low, and the quality of life is high. We should decentralize the government when it makes sense'
0
Nov 7, 2019 1:00 PM By: Jeff Turl 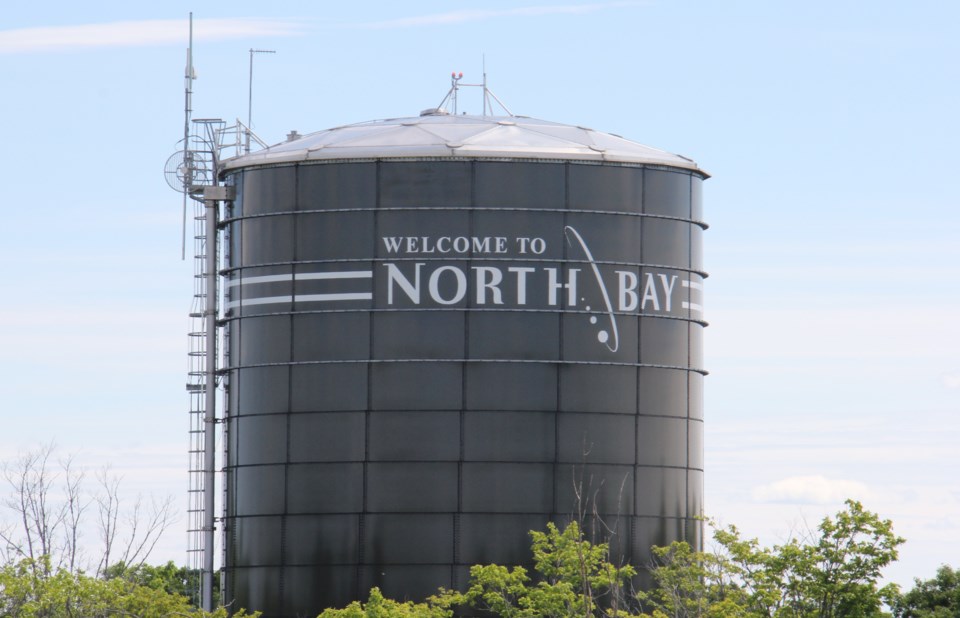 North Bay water tower. Jeff Turl/BayToday.
One of the things in yesterday's Ontario Economic Outlook and Fiscal Review is a couple of promises regarding Ontario Northland.
One is Improving transportation services by exploring the transfer of the Ontario Northland Transportation Commission to the Ministry of Transportation from the Ministry of Energy, Northern Development and Mines, enabling centralized oversight to drive efficiencies. That's something the company's unions have long argued.
Another is exploring options to enhance the Ontario Northland Transportations Commission’s intercommunity bus services to help connect people in underserved Northern communities.
See: PC's fiscal update shows a government trying to undo damage from cuts
Other northern Ontario mentions include helping to lower the cost of living, by proposing to reduce the aviation fuel tax rate in the north to 2.7 cents per litre from 6.7 cents per litre.  This change would take effect on January 1, and would return the aviation fuel tax rate in the North to that which was in effect in 2014.

It includes more funding for small- and medium-sized hospitals, public health units, child care. In all, the government is increasing health funding by $1.9 billion and education funding by $1.2 billion.

“We believe the role of government is to enable the opportunity for a better quality of life and a higher standard of living for all of our citizens,” said Nipissing MPP Vic Fedeli. “By implementing our plan we are stimulating job creation, putting more money in people’s pockets, making our streets safer, our commutes shorter and our government smarter.”

“Ford is a bull in a china shop, his ministers are so distracted by his tweets, his outbursts and scattershot policy that they aren’t focused on the things that matter – and that’s meant North Bay has been ignored,” said Del Duca.

“We have tremendous potential in North Bay and what we need is action. That’s why I’m calling on the government to introduce a Northern Ontario Action Plan.”

“If we’re going to open a new office we should look to North Bay. The cost of housing is low, and the quality of life is high. We should decentralize the government when it makes sense.”

“What North Bay needs is a plan and a vision to make life better, to make it easier to start and expand businesses, and to make retiring in the north easier with more access to care. That’s what I’m focused on and those would be my priorities for the north as premier.

“North Bay has a critical role to play in Ontario’s future. We need to make it possible for young people to work, live and retire in North Bay and other northern communities. North Bay and northern Ontario are facing a shortage of skilled labour, doctors, and nurses. The government has to act,” finished Del Duca.