Falling through the vaccination cracks

'We patiently waited and became anxious when we saw this population leapfrogged'
Apr 12, 2021 3:30 PM By: Chris Dawson 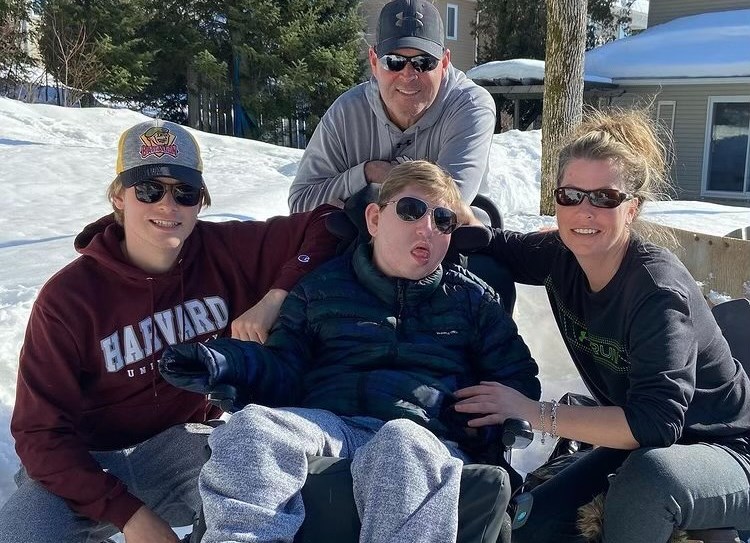 The family of a 22-year-old with Cerebral Palsy and a Chronic Lung Condition feels their son has been overlooked in the vaccination process.

However, his father Greg Richardson, and mother Cathy Sullivan, have been waiting anxiously to find out when their son would receive a COVID-19 vaccine.  According to the province's Phase One vaccine rollout, Tyler met the requirements as an adult receiving chronic home health care.

But now with Phase Two well underway, the Richardson family is concerned and baffled as to why their son continues to have to wait for his first shot.

"When the vaccine announcement came we were cautiously optimistic the vaccine was going to be in Tyler's arm in the near future," said Tyler's father Greg.

Richardson spoke to the case manager at the North East Local Health Integration Network and was told that Tyler would be vaccinated through the North Bay Parry Sound District Health Unit during the local plan.

In February, with still no word, Greg reached out to the Health Unit directly where they reiterated that Tyler would be vaccinated at the end of Phase 1.

"We patiently waited and became anxious when we saw this population leapfrogged by the Provincial Booking Program clinics that were assigned according to ages," stated Richardson.

"In early April I once again contacted the HU and was told that the provincial booking program clinics take precedence over the local Health Unit's planned phases and that our allotted vaccine supply is not nearly enough to meet the demand of the area."

While Tyler receives care at home, his parents both are school teachers, and his brother Brett is still in high school.

What is even more ironic, is that Greg's wife, Cathy, who is a special education teacher, was offered a vaccine on Friday.

"We need to work as well and that brings another element of stress to us, but we don't know what to tell him about when he is going to get his vaccine," he said.

"We just have to go out for him, and do what is best in this crazy time but it has been a stressful year for sure."

Greg says their patience has run thin and felt now was the time to speak out. Not just for Tyler, but for other individuals in a similar situation in the region.

"There is a total disconnect how this is being done and this group has been taken advantage of," he said.

"This is a demographic that many times cannot speak on their own, that is why we are doing this. For 22 years we have strongly advocated for Tyler but we have never had to go to the media for anything until now."

BayToday reached out to the Health Unit this (Monday) morning in response to the Richardson family concerns but did not receive a reply by publication time.