90-day suspension and public apology to several staff recommended as punishment for “heated” intervention on behalf of a municipal employee related to him
Feb 23, 2021 9:49 AM By: Dave Dale 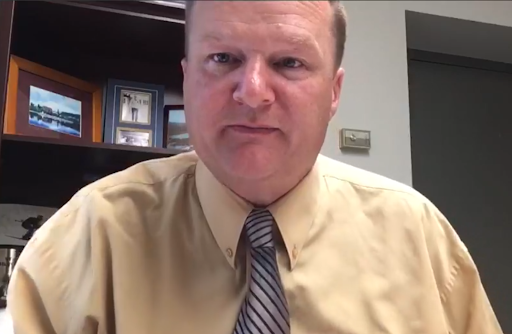 The executive summary of the findings was presented to council at Monday evening’s meeting by Sean Sparling of Investigative Solutions Network.

“We find that his actions to be an egregious breach of the code of conduct,” said Sean Sparling of Investigative Solutions Network during a live-stream of the meeting via the township’s Facebook page.

The focus of the investigation, initiated by council, was on an incident March 17, 2020, where witnesses say Backer had a heated confrontation in the office of then chief administrative officer, Raymond Belanger.

Witnesses said Backer slammed the door and with an “aggressive, loud voice” demanded Belanger act on his family member’s behalf while also threatening the employment of the supervisor of public works.

“Heads will fly” and “jobs are on the line,” one witness told the investigator, adding Backer wanted changes to a letter of discipline in his family member’s municipal employment file.

The pressure put on Belanger led to his early retirement, the report states.

Backer, a civilian employee of the Ontario Provincial Police, also allegedly said the supervisor was a “boozer” and he can get him checked for driving under the influence of alcohol. Backer denied this claim, the investigator noted.

These actions are “certainly not examples of what is expected as a high standard of an elected official who holds a leadership position,” the report states, adding Backer is “not new to the position of mayor, he ought to have known that is not his role to interfere in the management of town employees.”

The request for an investigation alleged “this has been a pattern of behavior exhibited many times in the past … the mayor's interference has caused the town to lose staff and has affected the town.”

The report states the details of the initial managerial action on Backer’s family member is not relevant but made clear the “actions of the public works supervisor were not considered to be improper by the CEO or the township’s human resources consultant.”

Backer was found to have breached the code of conduct three times, including the demand to see his family member’s amended letter of discipline, which is protected confidential information not to be disclosed to parties beyond management.

The third breach came, the report states, when he “injured” the professional reputation of the public works supervisor by demanding changes to an employee management letter which undermines his authority.

Council has not yet received the full report. When they do, they can discuss the findings and consider the recommended punishment, which includes 30-day suspensions for each of the three breaches and a public apology to staff members involved.

“Council can choose to implement none or all of these recommendations,” Sparling said, noting Backer can be present during the full report’s presentation and discussions but can not vote on the motions for whatever penalty is proposed.

“This is not the forum I want to deal with this, we will discuss this later. Obviously, it's a tough situation for myself,” Backer said.

“And I know when I had this first discussion with Councillor (Garry) Larose, I explained to him exactly what materialized and I encouraged him to get the commissioner involved. So that being said, you know, we will proceed with the meeting and we will deal with this sooner than later,” Backer said.