Whitestone cottager David West says that the things that you do to protect monarch butterflies are also good for pollinating insects and the environment in general
May 4, 2021 5:30 PM By: Sarah Cooke 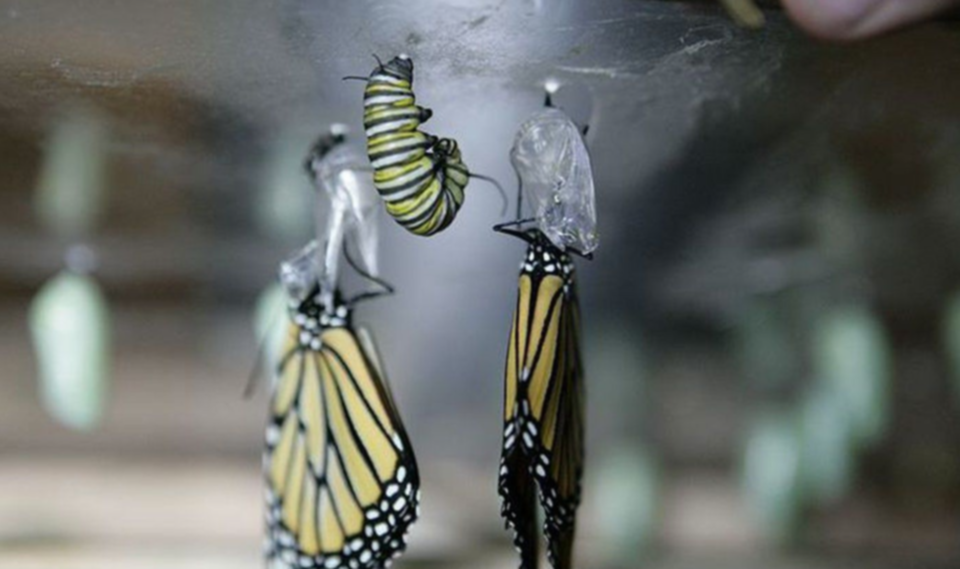 COVID-19 may be able to cancel fall fairs, but that didn’t stop the Dunchurch Agricultural Society from planning projects like the Dunchurch Milkweed Project to engage the Whitestone community this spring. The municipality is just west of Sundridge.

Judy Quinn, a member of the agricultural society, said that the idea came up while discussing ideas the society could do to promote the area due to not being able to hold the fall fair.

Inspired by a Whitestone cottager’s zeal for monarch butterflies, the agricultural society made 25 “milkweed kits.”

“There’s five different kinds of seeds we have,” said Quinn. “We’ve packaged them up in sets of five and then we put together an instruction sheet that lists the different types of milkweed.”

“They are basically weeds, so you have to be careful where you put them,” she said, explaining that the pleurisy root could be toxic to cattle, horses and sheep if planted near a hayfield.

“A lot of these seeds take one to 12 months to germinate so this is a two-year project we’ve got going.”

According to Quinn, the agricultural society made up 25 kits and they went quickly.

So, who is the Whitestone cottager that inspired the project?

David West has had his cottage in Whitestone for over 15 years and he said that the initiative is the National Wildlife Federation Mayor’s Monarch Pledge.

“Milkweed is part of the pledge because milkweed is the only food source for monarch caterpillars, and that is an important part of the problem monarchs face right now.”

Many of West’s summers as a youth were spent at his parent’s cottage near Sault St. Marie where he said he and his brother raised monarch caterpillars.

“I’m sure we’ve raised thousands of them for many years when we were kids,” he said, mentioning that he has raised thousands with his own children at their Whitestone cottage over the years.

“I really think it’s a very positive thing and I’ve seen in my own home community some positive changes to the environment,” said West, a councillor in Richmond Hill who has taken the monarch pledge.

One of the actions on the mayor’s monarch pledge is removing invasive species, he said, and the Municipality of Whitestone is currently doing that.

“It’s about public education, public engagement and pride in your community,” said West, who hopes Whitestone will sign on to the monarch pledge.

The mayor’s Monarch Pledge is listed as an agenda item for Whitestone’s May 3 meeting of council.