'We will not stand idly by as the government works in the interests of large corporations'
Jan 7, 2019 2:15 PM By: Chris Dawson 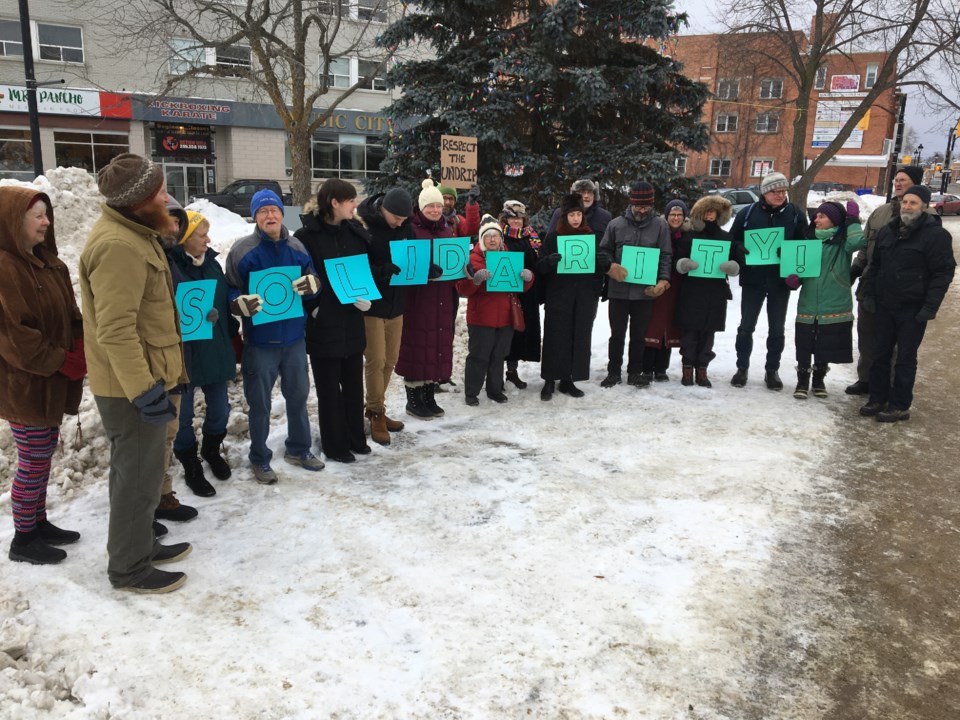 A group of about 20 individuals gathered near the corner of Main Street West and Fraser to support pipeline resistance along with indigenous sovereignty.

The participants lined up to spell out the word “solidarity” as part of the event.

The event is one of about 25 peaceful protests going on today across the nation in support of Wet’suwet’en land defenders in northern British Columbia who are currently facing imminent removal from their own land by the RCMP, so that TransCanada/Coastal GasLink can construct a pipeline.

TransCanada has said it has signed agreements with all First Nations along its Coastal GasLink pipeline route to LNG Canada's $40 billion liquefied natural gas project in Kitimat, B.C.

Local protestor Yan Roberts believes supporting a cause 100’s of kilometers away is still very important.

“We as a community in North Bay have really benefited from the solidarity and support from other communities when we were engaged in our own struggles with Energy East TransCanada project, so it is really incumbent on us to make ourselves available to stand in solidarity and show our support asking for peace and dialogue and try to get our elected representatives ask the RCMP to not move in and forcibly remove sovereign people from their own land,” said Roberts.

Protestor Lena Ross believes it has become too common for Canadians to disregard Indigenous peoples’ rights.

"We will not stand idly by as the government works in the interests of large corporations,” stated Ross.

“There are very real communities being affected by this - terrorized by this.”