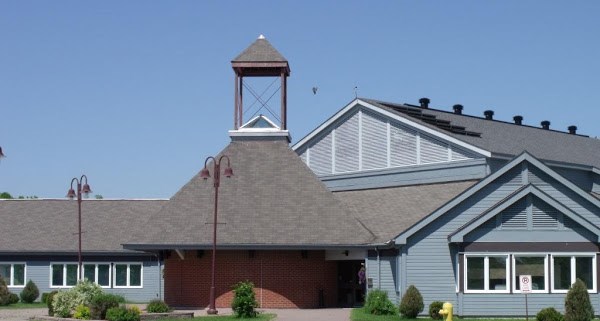 Nipissing First Nation members living within 100 kilometres of the Garden Village administration office may run for council if proposed election code amendments are approved by a vote in December. Facebook Photo

The rules around Nipissing First Nation’s custom election regulations may change after members vote on proposed amendments next month.

But there’s a slight twist in how the ballots will be tabulated due to COVID-19 pandemic restrictions keeping the administration offices closed and off limits to reduce the chance of viral spread.

Packages are being mailed to members on and off reserve with the option of mailing it back between Dec. 1 and 30 or using the OneFeather.ca platform to vote online.

The Nipissing’s Election Code Review Committee has recommended six changes to NFN’s Custom Election Regulations based on the community consultations and survey completed in 2018, as well as discussions within the committee.

Fred Bellefeuille, chairman of the committee, said the proposed changes to the election code is part of the self-governance effort to make each member “more equal” to reflect the community’s constitution.

It’s been 20 years since Nipissing First Nation opted out of the Indian Act and created its own custom election code but he said it started out as almost a copy of the federal laws.

Bellefeuille, a lawyer who has served as the community’s electoral officer the past two decades, said it was amended after the first five years and then again five years later.

“We’re slowly de-colonializing it,” he said, noting the big change this time is allowing off-reserve members to run for council if they live close enough (one-hour drive) to be connected to the community and attend meetings in person.

That way they can know the conditions of the roads,” he said and see people regularly enough to understand the issues.

Between 60 and 70 percent of Nipissing First Nation’s approximate 2,300 members live off reserve.

A summary of the changes was mailed to all registered NFN members in mid-October, along with a copy of the committee’s report from November 2018 that explained the rationale for each suggested revision.

Bellefeuille said some members point to a survey result where the majority of respondents disagreed with the 100-km radius (from the administration office) extension. But he said that survey is only part of the consultations since 2018 and they also tried to balance that with the ratified constitution, which says all members are to be treated as equal.

In comparison, Indigenous communities in Canada still holding election under the Indian Act rules, must allow all members regardless of how far away they live to run for a council seat. That change came after the Corbiere court decision in 1999 that ruled the exclusionary rule unconstitutional.

Bellefeuille said that might be a suggestion to consider for the next time they look at amending the election code.

“We can save expanding the radius to next time, this is baby steps,” he said, describing this as moving toward "more equal."

OneFeather will manage electronic voting while a Nipissing electoral officer will manage mail-in ballots with a final report of voting results to be presented to Council in early January 2021.

Editorial Note: This story was altered Nov. 23 to reflect that the voting packages are being mailed out this week not last week as planned, the summary of changes was mailed to members mid-October (our mistake) and the electoral officer isn't OneFeather but a Nipissing member.