Climbing the CN Tower for a great cause 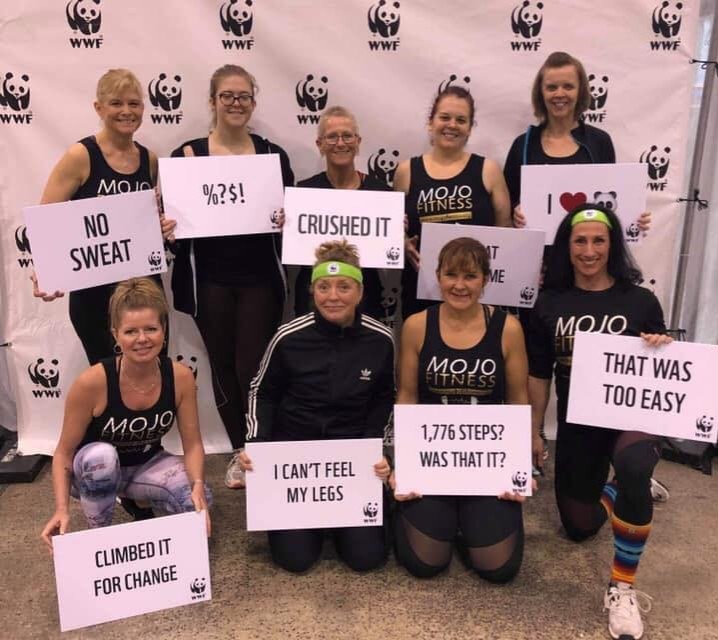 A group of North Bay fitness enthusiasts tested their mettle this past weekend as part of the Climb it for Change CN Tower event last weekend in Toronto.

Team Mojo Fitness out of North Bay finished fourth in the event as they raised $8,500 towards the World Wildlife Foundation.

Monique Cormier, owner of Mojo Fitness in North Bay, says it was an incredible event.

“It’s a fitness challenge to show people really about working out building muscle and endurance and make you do something that seems impossible,” said Cormier.

Cormier brought 21 local participants along with her to the 1,779 step event at the CN Tower.

It was the second year attending the event.  However, this year it became a bigger challenge for the North Bay participants. One of her success stories lost over 100 pounds in the past eight months.

“When she started, she could not climb ten stairs and last weekend she was able to climb 1,776 stairs in 30 minutes, that is unbelievable,” said Cormier.

Cormier who finished with the 12th best time for women at the event.  Is hoping to continue to raise money for the cause while helping people get fit.  She believes this single event challenge is a great fitness incentive.

“Some clients conquered their fear of heights, elevators and stairwells,” she said.

“It’s incredible to say the least.”