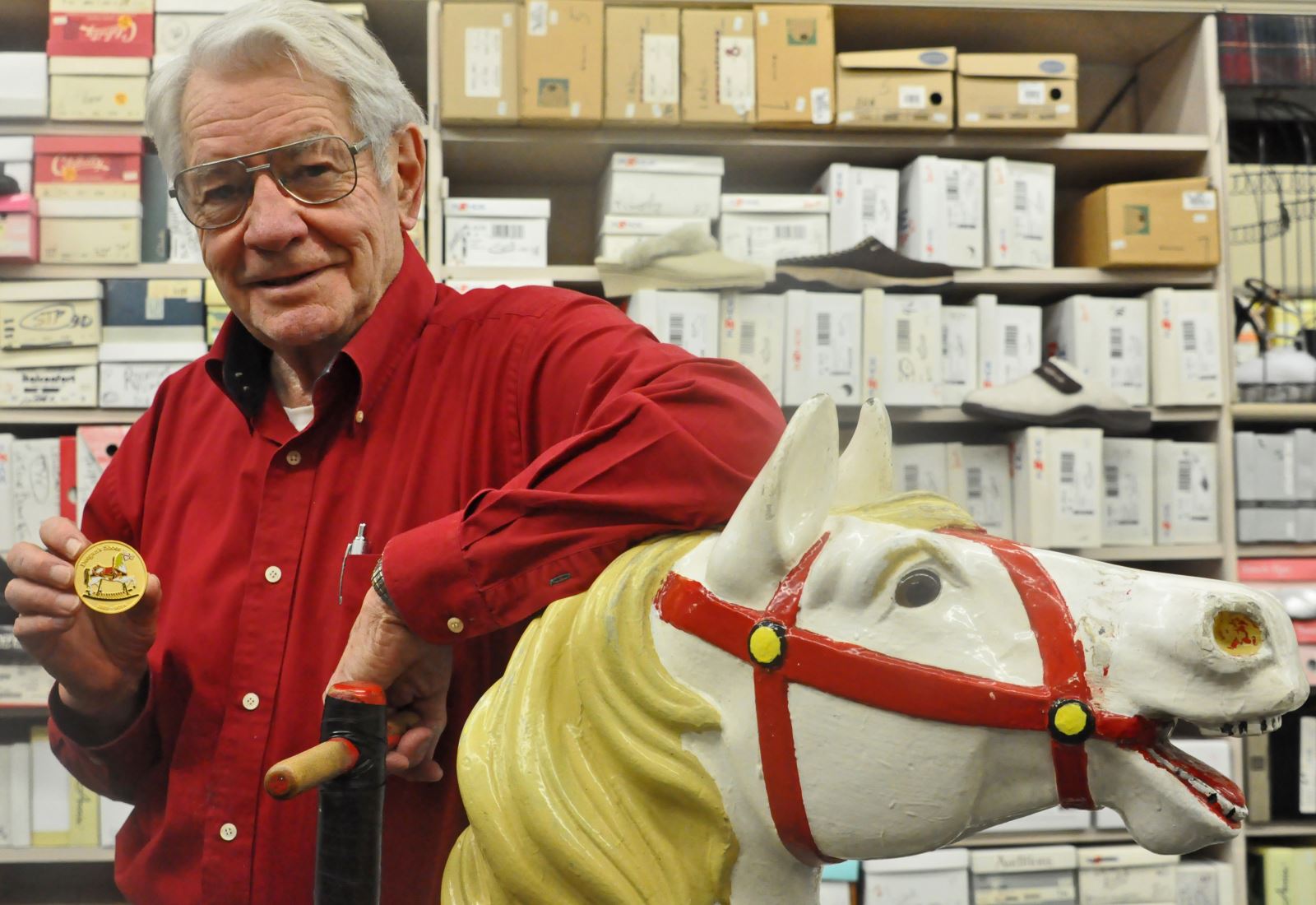 Deegan’s Shoe Store on Main St. is celebrating 125 years in business by issuing and selling a limited edition coin.

“Being that it’s the 125th anniversary of our store, we thought it was quite appropriate to create a coin that has a mintage of only 125 pieces”, says Ralph Diegel, owner of Deegan’s Shoes. “Pat (Ralph’s wife) and I are quite excited that the coins have come in just in time for the annual downtown Christmas walk this Friday. We’ll be selling the coins then." 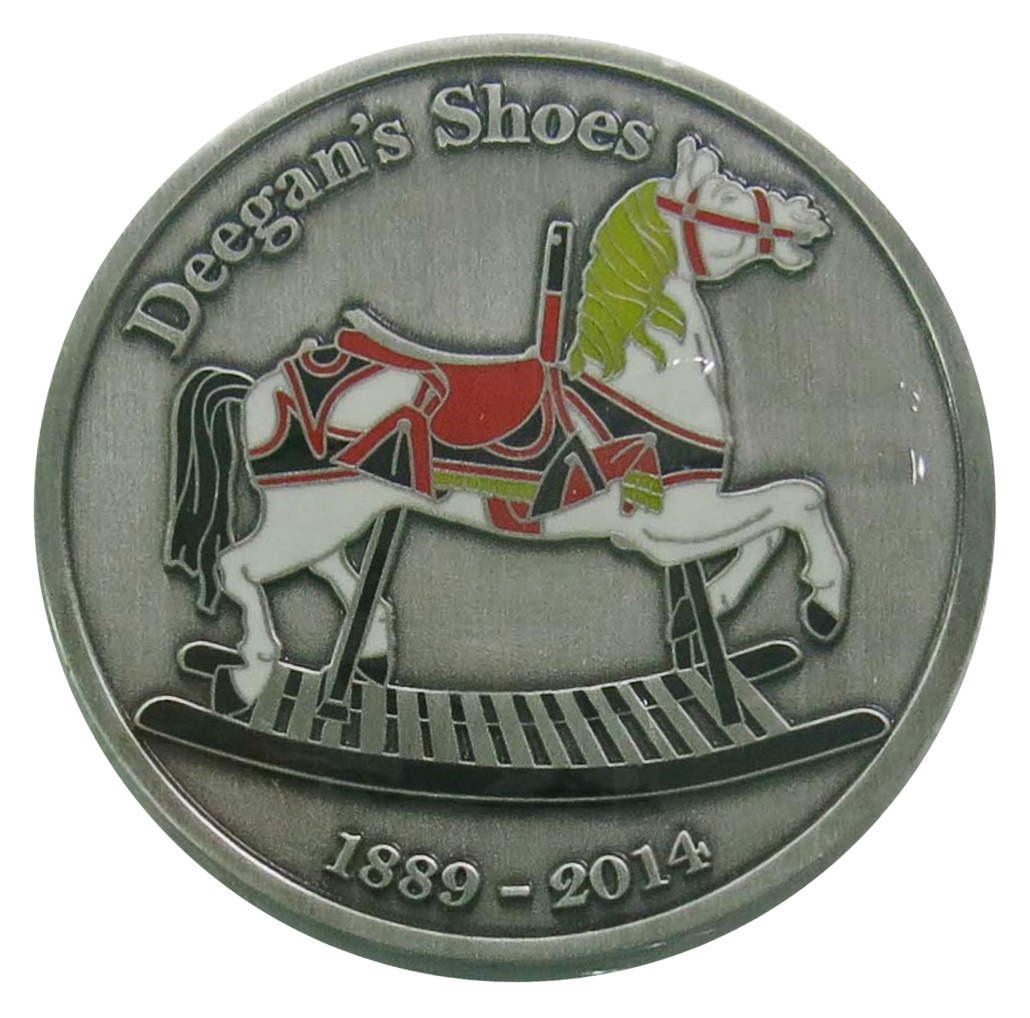 The coins will be sold for $25 and be limited to one per customer.

The 50 millimetre coin features the iconic rocking horse, enjoyed by so many customers who came into the store over the years.

The other side shows the original store which housed Deegan’s until it was destroyed by fire in January of 1945.

It was rebuilt in the same location and now, 125 years later the business is still going strong. 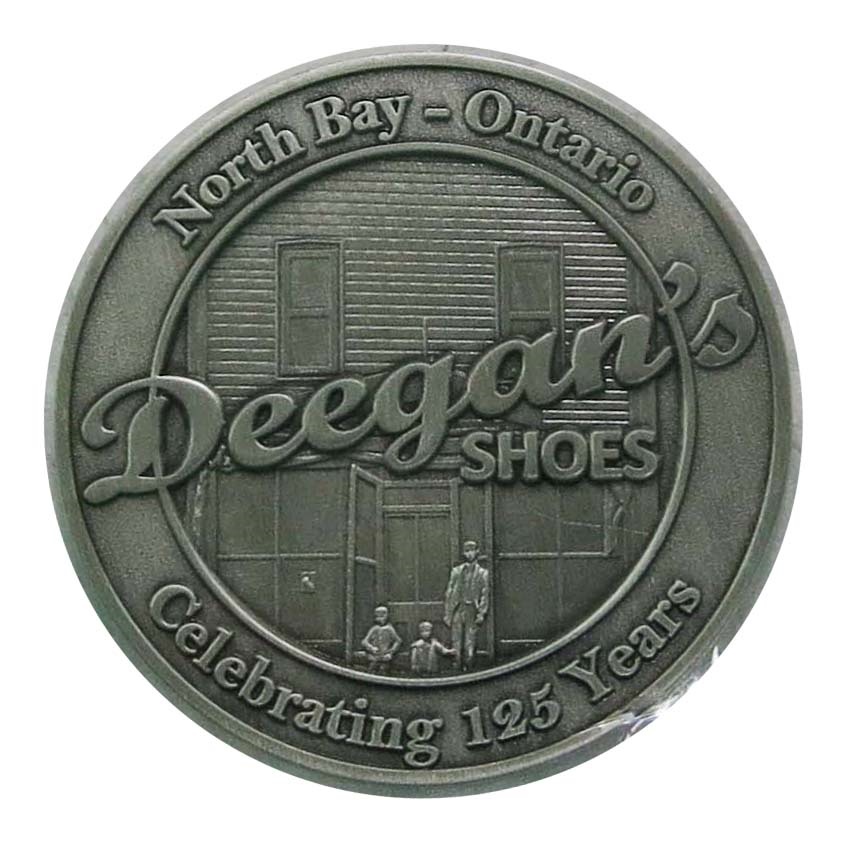 “It’s hard to believe that it’s been 125 years”, says Ralph, who himself has been working at the store for nearly 70 years. “I ended up here by accident really”, he adds. “I was originally supposed work at the store over the pre-Christmas rush in 1946 and never ended up leaving.”

It was president of the Nipissing Coin Club Jeff Fournier who came up with the idea or the coin.

"One of our members is an employee at the store," Fournier told BayToday."It's quite unique. There has never been a souvenir coined issued by a merchant in North Bay before. It's the oldest independent shoe store in Canada."

Deegan’s will be part of the old fashioned Christmas Walk Friday and will provide a warm beverage and snacks as well as selling their coins.