Citizens putting their shovels where their mouths are

Snow Shovelling Samaritans have set up a Facebook page to report on conditions, post photographs, and organize
Feb 8, 2018 1:30 PM By: Jeff Turl 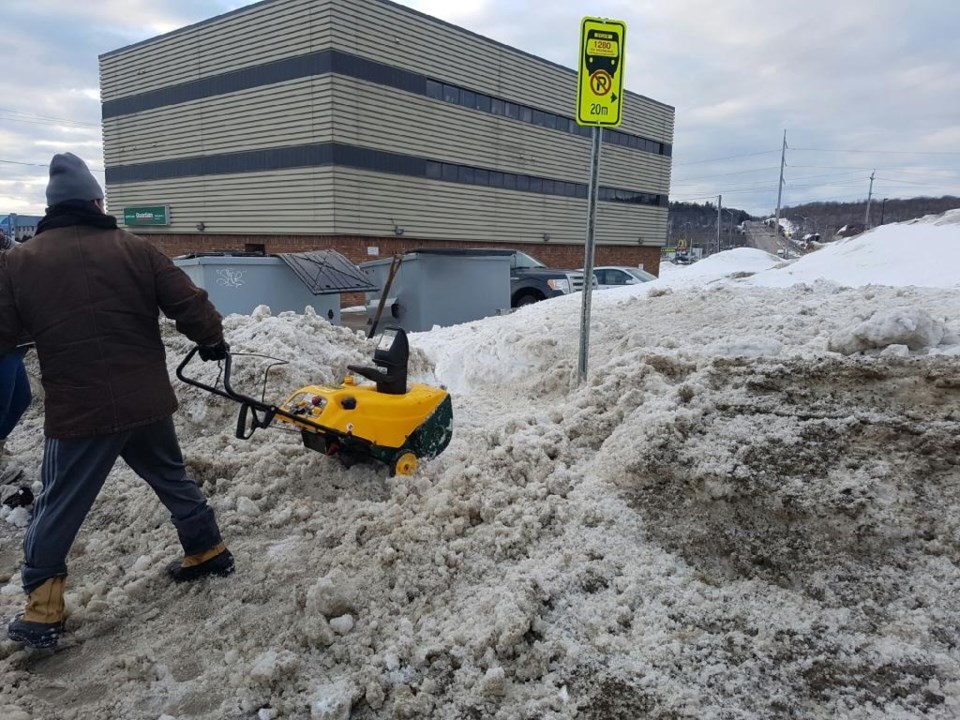 Last year a private citizen cleaned out a bus stop on Sherriff Ave. in North Bay to make it safe for passengers to wait. Submitted photo.

A group of North Bay citizens called "Snow Shovelling Samaritans" is tired of hearing about how poorly the City is plowing roads and sidewalks and is doing something about it. The group hopes the City will act before they have to do it themselves.

Last year, people took action when the City failed to clean out bus stops, forcing passengers to stand on snowbanks and on the street.

"The road conditions this year have been so horrendous that North Bay Police Chief Shawn Devine called to warn his wife to drive carefully," say the Samaritans.

"The snow removal is so terrible that the President of North Bay Local 576 with the Canadian Union of Postal Workers has reached out the media, not once but twice imploring for safe and accessible working conditions. The plowing is so embarrassing that motorists can identify where North Bay boundaries end and provincial and other municipal jurisdictions begin. We could go on about the icy intersections and build-up on residential streets, too. All this to say the snow clearing in North Bay has been and still is, unacceptable."

The “Snow Shovelling Samaritans” are inviting the citizens of North Bay to help them clear sidewalks, postal boxes, and seniors' driveways and walkways of snow.

"If you are interested in assisting us in prodding the Corporation of the City of North Bay into doing its job or at the very least pledging better service, please join “Snow Shovelling Samaritans” page on Facebook," asks the group.

"We can report on conditions, post photographs, and organize from there. As for the Corporation of the City of North Bay. Don’t bother telling us we can’t because you sure as Hell aren’t!"