Choice for Canada's national bird has a North Bay connection

"It was picked up by an art show in southern Ontario and people responded very well to the message of climate change and what this bird has to teach us about that."
Nov 17, 2016 1:00 PM By: Jeff Turl 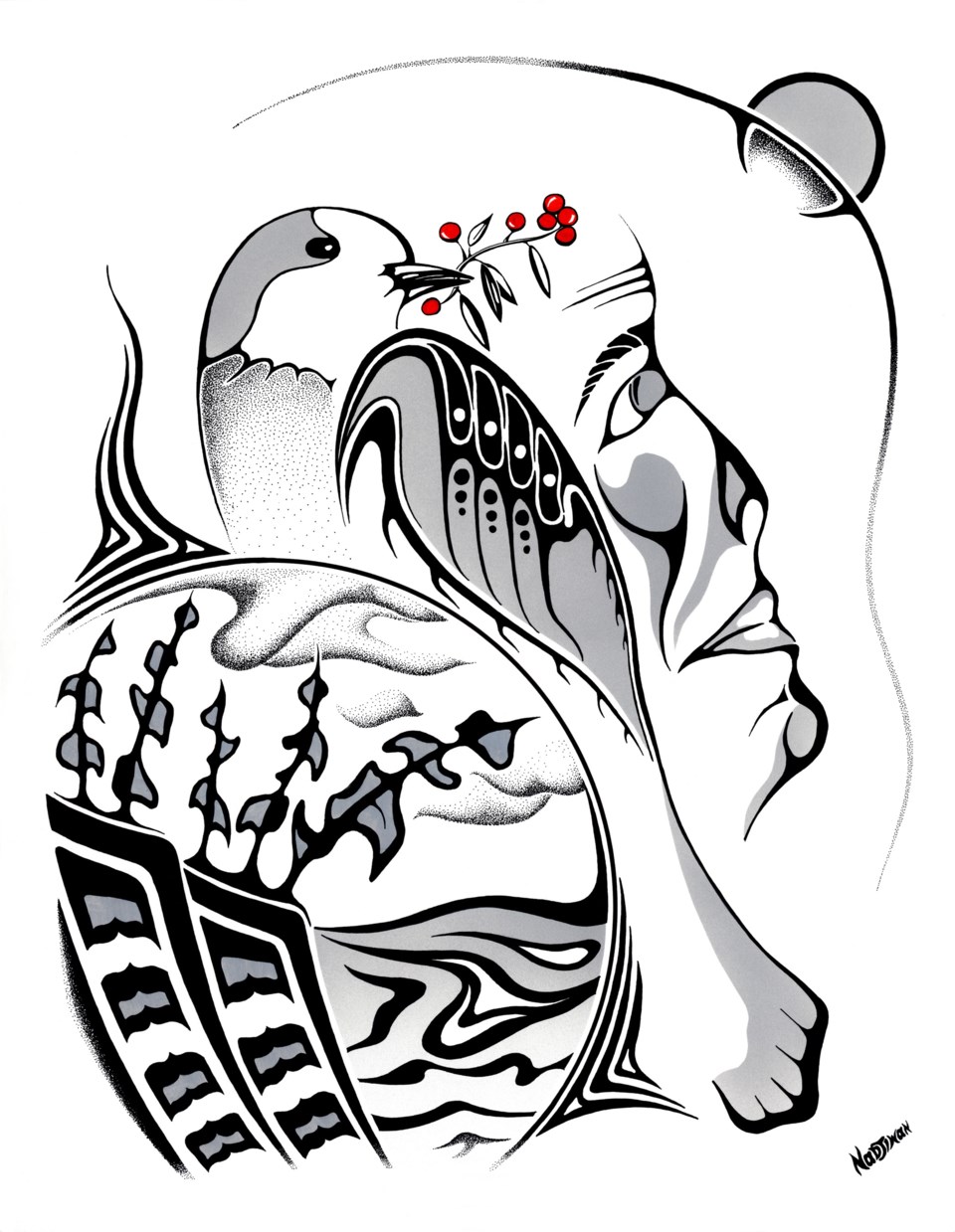 The Royal Canadian Geographic Society's nomination of the gray jay as Canada's national bird has a local flavour.

The Society contacted local artist Mark Nadjiwan in September to ask if they could use his drawing of the whiskey jack in the December issue of 'Canadian Geographic.'

His drawing appears on the Royal Canadian Geographic Society's website alongside a painting by Robert Bateman.

The gray jay was chosen in a contest that attracted almost 50,000 online voters.

"I was just thrilled," Nadjiwan told BayToday. " It just came out of nowhere."

You can read how the drawing came about on Mark Nadjiwan's website, Three trees art.

The story starts 25 years ago when the archivist at Ontario Northland contacted Nadjiwan about a film being made about northeastern Ontario.

"The producers were very much interested in featuring indigenous artists so they asked me if I would do a drawing based on the legend of the whisky jack that came from the Abitibi region. That film never got made, but the gentleman from Ontario Northland kept in touch and we reconnected six years ago. He said 'you know that drawing you never got to do for the film, could you pick up your pen and do something about the legend of the whisky jack', and I said, absolutely!"

So Nadjiwan took pen in hand and last year sat down in his studio to complete the piece.

"I wrote the story to go along with it. It's a very simple tale from the Abitibi people with a modern more contemporary message about climate change. It was picked up by an art show in southern Ontario and people responded very well to the message of climate change and what this bird has to teach us about that."

An act of Parliament will be required to name a national bird, but the Canadian Geographic Society hopes that Canada's 150th anniversary next year offers a perfect opportunity.

The nomination of the gray jay by the Society was announced Wednesday night after a two-year search.

The gray jay is renowned in First Nations lore for warning people of predators in the woods and even leading lost travellers home by calling from tree to tree.