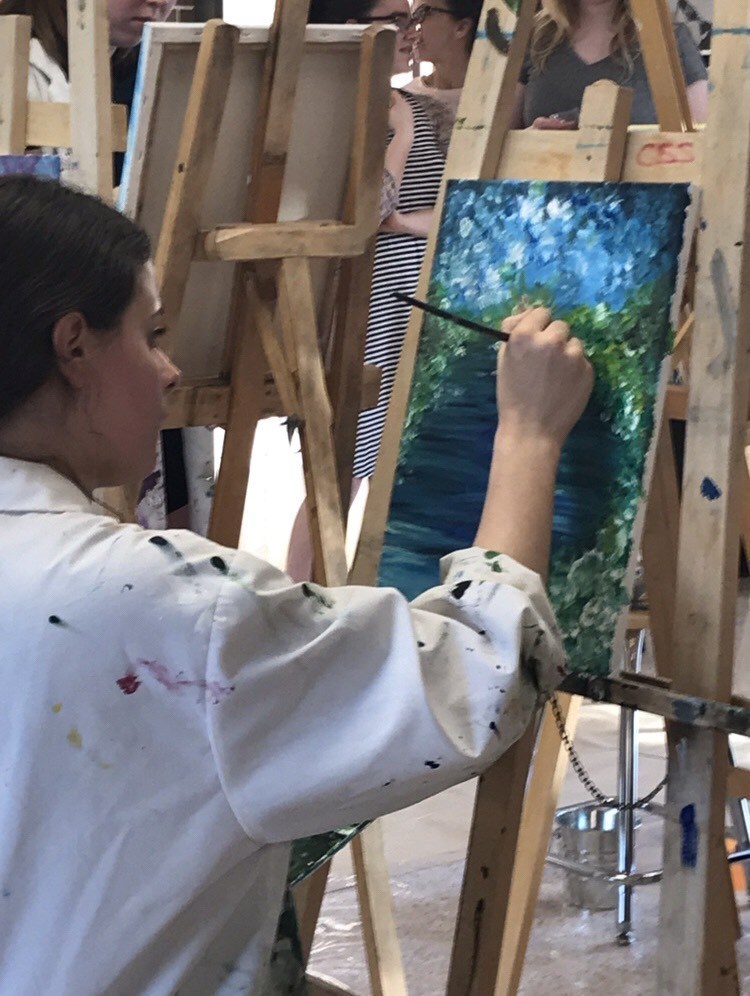 Chippewa Secondary International Baccalaureate student, Maeve Stemp, has been selected as a winner of the prestigious Chancellors’ Scholarship at Queen's University worth $36,000.

The Chancellors Scholarship is awarded to students who demonstrate superior academic ability which Maeve has certainly achieved with an average of 95% in her rigorous IB and French Immersion courses. Maeve is extremely creative and is planning to pursue an honours degree in Fine Art and Concurrent Education. She has been heavily involved in Chippewa Student Council as Student Senator, Yearbook Editor, and organizing the Arts Fair Banquet.

Maeve organized and planned a major community event as part of her International Baccalaureate Diploma called “Art Battle for Babies.”

This initiative raised funds to purchase baby formula for the North Bay Food Bank and landed her a feature in IB World Magazine.

“Maeve has volunteered to teach art to children at The Early Years’ Center, is an instructor with Learn to Skate, she has been a STEM Camp counsellor as well as sitting on the Ringette Ontario’s Athlete Advisory Committee," said Point in a release.

Maeve believes that to be a good candidate for this award, she needed to love what she was doing.

"I love playing Ringette, teaching art, and learning new things that I’d never thought of," she said in a release.

"I believe that when you do something with joy, whether it’s skating or writing, I think the joy comes through. I am so thrilled to win this scholarship. I am grateful that the North Bay community has had so much to offer me. It’s quite amazing that North Bay has two recipients this year.”

As Stemp mentioned, she is not the only local recipient of the prestigious scholarship as Widdifield student Jazlyn McGuinty has also been recognized.