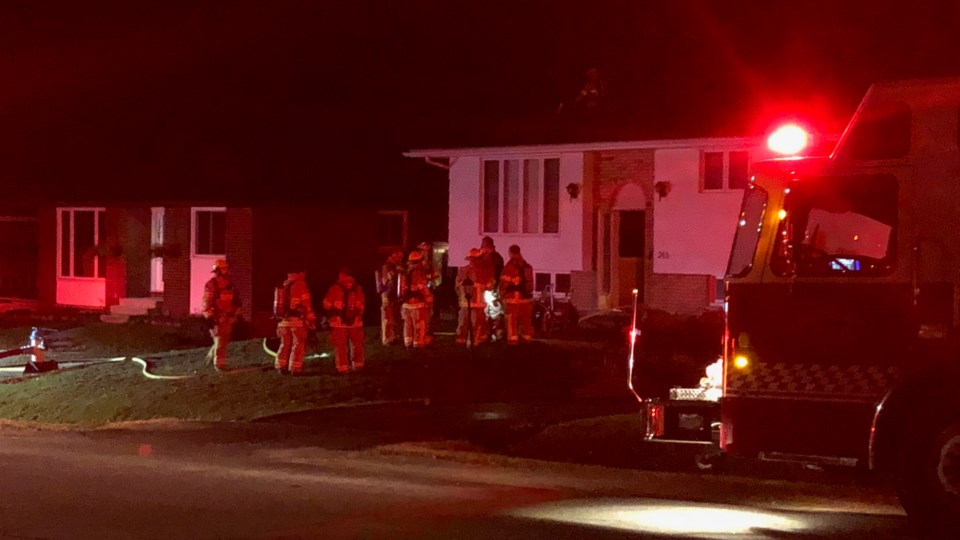 No injuries at a fire on Barber Ave. early this morning. Courtesy Richard Coffin, CKAT News.

At approximately 4 a.m. this morning fire crews responded to a structure fire at 245 Barber Avenue.

"The occupants were alerted to the fire by working smoke alarms and were able to safely evacuate the home and call 911," says deputy fire chief Greg Saunders. "Fire crews were on scene in five minutes. Upon arrival there was fire in the roof area of the home which had extended from a chimney fire. Firefighters entered the home and safely extinguished the fire mitigating further damage to the home.

"North Bay Fire would like to take the opportunity to remind you to have your chimneys cleaned. Creosote can build up in the chimney over time and cause a fire."

No injuries are reported after city fire crews put out a chimney fire on Barber Ave. just after 4 a.m. today.

“There’s no injuries," said Kraft. "It appears to be a chimney fire that spread into the roof area. Right now we're doing overhaul, basically tearing the roof and walls looking for extension . It looks good right now so we're comfortable. There's damage up top .We had to work from the interior to tear down the ceiling and walls.".