'The eastbound commercial motor vehicle drove off the roadway into a driveway culvert'
Sep 10, 2019 10:45 AM By: Jeff Turl 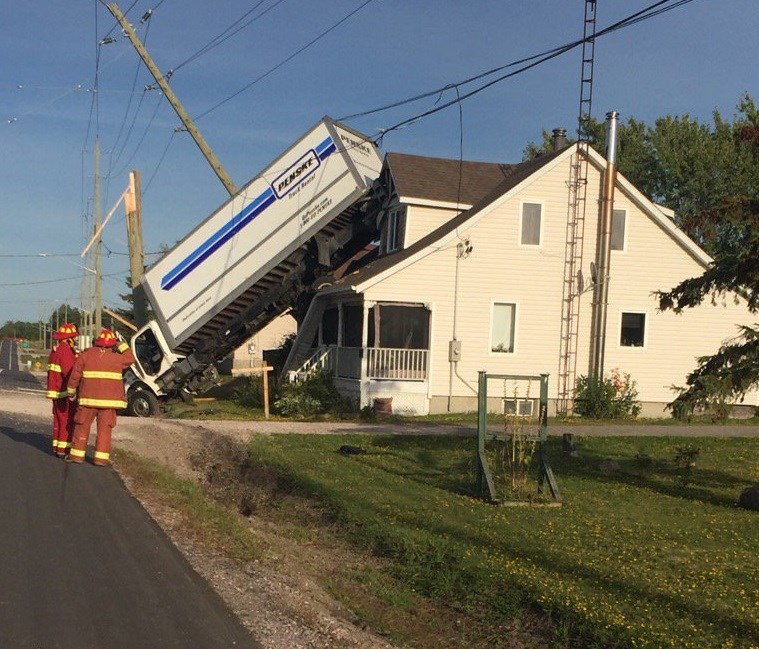 The transport hit this house in Alban. Courtesy OPP.

The image of that truck leaning lengthwise against a house in Alban is drawing a lot of interest.

And this morning, OPP said a careless driving charge has been laid against the driver.

Yesterday at 5:15 p.m., Noëlville Detachment officers and the French River Fire Department responded to a truck-house collision on Highway 64 in Alban.

Constable Michelle Coulombe reports, "The eastbound commercial motor vehicle drove off the roadway into a driveway culvert and then struck a hydro pole which caused the back of the vehicle to lift up and land on the roof of a house."

There was nobody inside the house at the time. Both occupants in the commercial vehicle were uninjured.

The 24-year-old male driver, from Scarborough, was charged with careless driving. Police did not name the driver.

Workers with Hydro One and the Ministry of Transportation helped at the scene and the highway was fully re-opened at 3 a.m.

Thanks to Sharon Gauthier for the video taken on Denis Lefebvre's dashcam.