'I can tell you it will devastate [the City of North Bay's] balance sheet. Our proportion of the guarantee is over $90 million. So, if our current debt is $55 million, we are effectively adding another $90 million to our books.'
Jun 10, 2021 8:03 AM By: Stu Campaigne 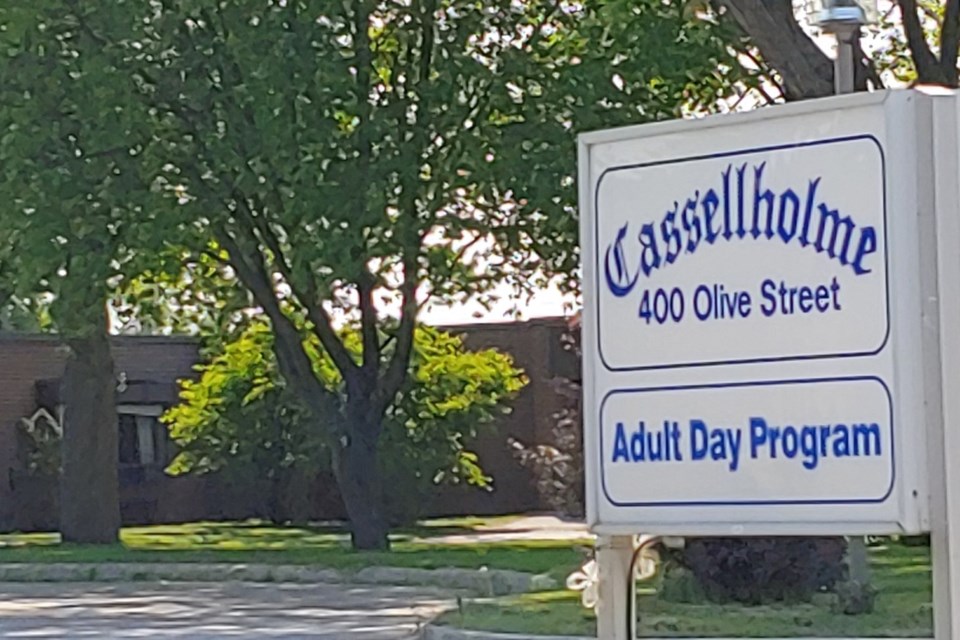 The partner municipalities will have internal discussions over how they will approach financing the Cassellholme redevelopment.Stu Campaigne/BayToday

The parties involved all seem to agree the Cassellholme redevelopment project must go forward at some point to protect the health and well-being of our seniors and our future citizens who will one day require care in a modern facility.

What remains to be seen is whether the nine partner municipalities can finance the deal for their respective shares while also guaranteeing the debt — including the province's share through Infrastructure Ontario — for the nearly $122-million redevelopment of Cassellholme. The board is hoping for a consensus on moving forward as soon as possible, with its next meeting scheduled for June 17.

The board revealed during Wednesday's meeting with the partner municipalities Toronto-based Percon Construction Inc. is the successful bidder through the RFP process. Cassellholme CEO Jamie Lowery said there were two proposals received but one company was disqualified due to a lack of recent long-term care construction experience. The construction costs are part of the $122-million price tag announced last week but the exact breakdown will not be made public until the contract is approved by the province.

See related: What's next for Cassellholme?

For a project that has gone in fits and starts at times over the course of more than a decade of talks and planning, the Cassellholme redevelopment has, as current Board Chair and North Bay City Councillor Chris Mayne predicted recently, become contentious with those holding a financial stake in the facility due to the growing total cost and debt load that must be guaranteed through what has been represented as the best lending scenario through Infrastructure Ontario.

Late last year, the City of North Bay questioned the Cassellholme board over its handling of the redevelopment project. North Bay is responsible for a little more than 80 per cent share of the project not funded by Ontario. Mayor Al McDonald told the board the City of North Bay might have found a possible lender interested in at least forming a partnership to finance the project. McDonald asked how long the City had to explore this option as it seeks to protect its credit rating.

"We don't know what the interest rate is yet," said McDonald, "but the municipalities are struggling with having to guarantee the debt. It sounds like everyone wants to move ahead but the guarantee is preventing them. Cassellholme needs to work with the municipalities and look at more options.

"I can tell you it will devastate [the City of North Bay's] balance sheet. Our proportion of the guarantee is over $90 million. So, if our current debt is $55 million, we are effectively adding another $90 million to our books."

Mayne later noted finding a private lender would no longer include the guarantee aspect of the deal but the City of North Bay would then have to borrow the municipality's full amount of the total $110 million likely to be financed.

McDonald offered to lead a meeting with East Ferris Mayor Pauline Rochefort including all nine Cassellholme partner municipalities to determine their next steps. The two mayors, along with Papineau-Cameron Mayor Robert Corriveau and East Ferris CAO Jason Trottier all spoke during the meeting, in opposition to Infrastructure Ontario's guarantee requirement while Bonfield Mayor Randy McLaren seemed to accept the deal on the table was the best the board would see.

"I don't want it to seem like North Bay is driving the agenda," McDonald said, "but we will send an invite out to meet and discuss everything we've heard tonight," in addition to the special council meetings that will be held in North Bay on the subject.

Mayne responded, "I know North Bay is best-positioned in terms of resources to review the wording and engage separate legal counsel that the smaller municipalities can't, so I'm glad to hear that discussion will be going on."

Board member and Deputy Mayor Tanya Vrebosch observed "from a board perspective, nobody is disagreeing as far as this being a priority project. It's trying to figure out how the municipalities can pay for it and still be viable. They have to be able to pay for it. I think what we've heard here tonight is they need more than a week to figure out how to make this work."

Vrebosch was adamant the municipalities should not be penalized for the project's delays and required more than one week to discuss as the RFP has just closed. Mayne and the board have targeted a late-summer meeting with the lender to move forward by the end of September when Mayne noted the proponent could ask for an inflationary increase in fees. The project increased by $2.7 million recently due to the delays incurred since April.

"If [a final decision] is coming forward in one week's time — that's a very important vote. They're not saying that they are not in favour of it but give them an opportunity to digest and talk to their people and figure out how they are going to pay for this," Vrebosch added.

"Believe it or not, the Cassellholme board has been trying to move this forward quickly," answered Mayne, saying releasing the final cost to the municipalities was delayed by factors out of the board's control. "There is a hard deadline with Infrastructure Ontario that the board is very concerned we are at risk of missing again. Having seen the rise in the price because of the delays we've incurred this spring, I think the board is going to everything it can to not miss that deadline again."

"The municipalities have to figure out how to carry that debt. We've known this for eight to 10 months. It's frustrating to listen to the same rhetoric because the reality is — and it's not the board's fault — there has been hours and hours of hard work done here to figure out how to make this work. The Infrastructure Ontario guarantee requirement," is not a surprise.

Mayne observed if the September deadline is missed and the current bid lapses, the contractor could allocate its resources to another project, leading to a scenario in which the current project costs balloon in excess of the rate of inflation due to high demand for firms.

He summed up saying, "We will contact everyone early next week to get a sense of whether we are at least able to get a consensus to move forward with Infrastructure Ontario — subject to all the final terms and conditions they propose to us — but the board wants to at least know that we have consensus to start serious discussions with Infrastructure Ontario, which I think is going to be in everyone's best interest in the long run."