Canadian TV Series to set up in North Bay 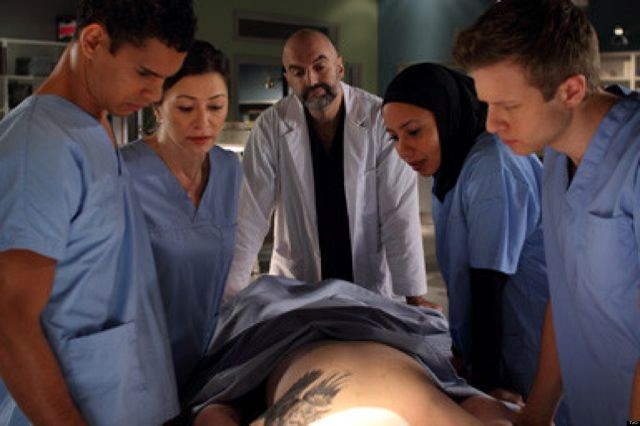 Later this month officials from the TV series Hard Rock Medical will be making the formal announcement that they will be shooting a third season and the production will be done here in North Bay.

Jim Calarco, plays one of the key roles in the series.

“I play the head of the large mining company basically based in Sudbury,” said Calarco.

“The series is supposed to be taking place in the Medical School in Sudbury.  The story is about the interaction of the young doctors with the community. They are going to school, learning to become doctors, and they are out and about in the community helping out and learning what it takes to be a doctor and what the responsibility does entail.”

Aside from Calarco, the series also stars another pair of local actors in Jamie Spilchuk and Leigh Elliott.

Calarco says the crew is also teaming up with Canadore College’s TV & Cinematography program as part of the project and will be doing work out of the school.

“This is kind of an interesting concept, the director Derek Diorio has put together a program where he’s actually going to be teaching some of the courses at Canadore during the course of the film and he’s also instituted a mentoring program where Canadore students can work with professionals on the shoot, cast and crew,” Calarco explained.

“Several of them (students) will have the opportunity to kind of mirror the cast members as they go about their daily activities so it’s really interesting, which means the students will be there at 5 a.m. when the actors are being made up and they will probably be there at midnight when they wrap, so it’s going to give them a real hands on experience with the film industry.”

Canadore is thrilled with the Hard Rock Medical partnership.

“This is the first time that a TV series has been embedded into Canadore’s Digital Cinematography curriculum, giving students a great learning opportunity,” says Yura Monestime, Interim Associate Dean of Media, Design and Dramatic Arts at Canadore College in a release.

“Working with Hard Rock Medical allows us to continuously create different experiential outcomes for our students and at the end of the day prepare them for the work force.”

While Calarco has a big role in the project, he also points out that a lot of other local talent will be utilized.

“My agency has 82 actors in it and so far they have hired 30 of my actors and they are not just one liners, these are major roles this company is offering,” said Calarco.

A formal announcement and press conference is expected to take place on February 11th at Canadore College.

For more information on the series which airs on TVO and APTN, go to: http://hardrockmedical.com