Board recommends to shut the doors at Widdifield 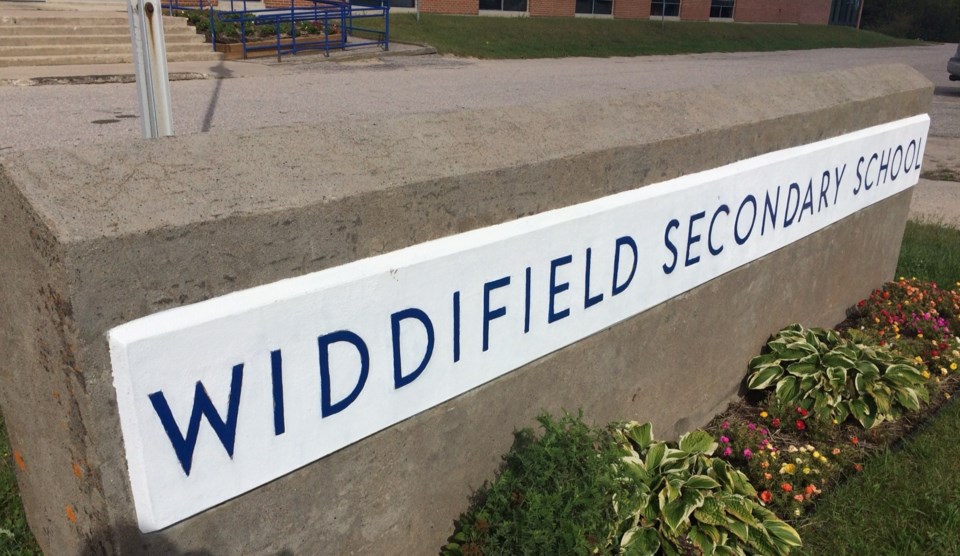 Widdifield is one school up for discussion. Photo by Jeff Turl.

The fate of Widdifield Senior Secondary will be part of discussions at the next Near North District School Board meeting on September 26th.

At a meeting earlier this week the Near North District School Board committee as a whole came forward with a recommendation that Chippewa and West Ferris be the two Near North high schools in North Bay and Widdifield, less than five kilometres from Chippewa, would close.

“All those other details like time frames, what are things going to look like, we have tasked out director of education Jackie Young, to come back to us, not at this meeting but in due time when a lot of the answers to the questions that a lot of people obviously have, but our task was just to decide which schools and I can tell you that the discussion was very frank, very open but very professional and we listened to everyone’s counter points,” said David Thompson, Near North District School Board Chair.

“We did not all agree but at the end, the recommendation has come out by the committee as a whole and it is going to the board on the 26th.”

Jackie Young, the Near North Director of Education, sent a mass voice mail message to high school students and their parents on Thursday night addressing the issue.

“The motion is not official until it goes to the board and the vote is taken on the motion and it is passed,” stated Young in the voice mail message.

“While it is not yet official we want to address what you may hear in the wind or on social media.”

No time frame was given as to when a potential closure of Widdifield, which recently celebrated its 50th anniversary in the city, but more details should be released at the September 26th meeting.

“There is an opportunity to really shift the education system here in North Bay and it is going to be up to Director Young and her staff and the teachers to make it happen,” said Thompson.