Blue-green algae has been found in Commanda Lake

Species of the algae capable of producing toxins were confirmed by the laboratory of the Ministry of the Environment
Sep 29, 2020 6:30 PM By: BayToday Staff 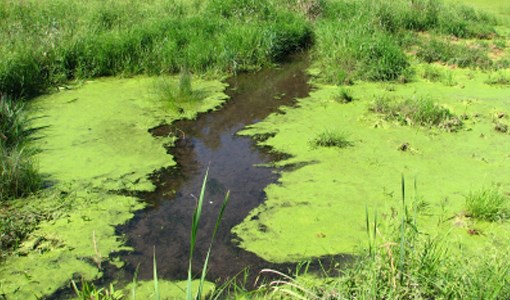 Water that contains blue-green algae blooms can make you sick if you drink or swim in it.

The North Bay Parry Sound District Health Unit is warning that a harmful algae bloom (cyanobacteria), also known as blue-green algae, has been found in Commanda Lake in Restoule.

Species of the algae capable of producing toxins were confirmed by the laboratory of the Ministry of the Environment, Conservation and Parks. The toxins in harmful algae can irritate the skin and, if swallowed, cause diarrhea and vomiting.

Residents of Commanda Lake may be affected depending on their closeness to the algae bloom, the size of the lake, wind direction, water flow, and other environmental conditions that cannot be predicted or controlled. Due to the many factors involved, government authorities are unable to determine where and when there are no toxins. Users are advised to exercise their judgment before using the water.

It's the second time in two days a warning for ann area lake has been issued, Yesterday a warning was issued for Lake Nosbonsing.