'I commend the league for getting these important dates out to everybody and it gives us a lot more than we had yesterday'
Aug 5, 2020 3:00 PM By: Chris Dawson 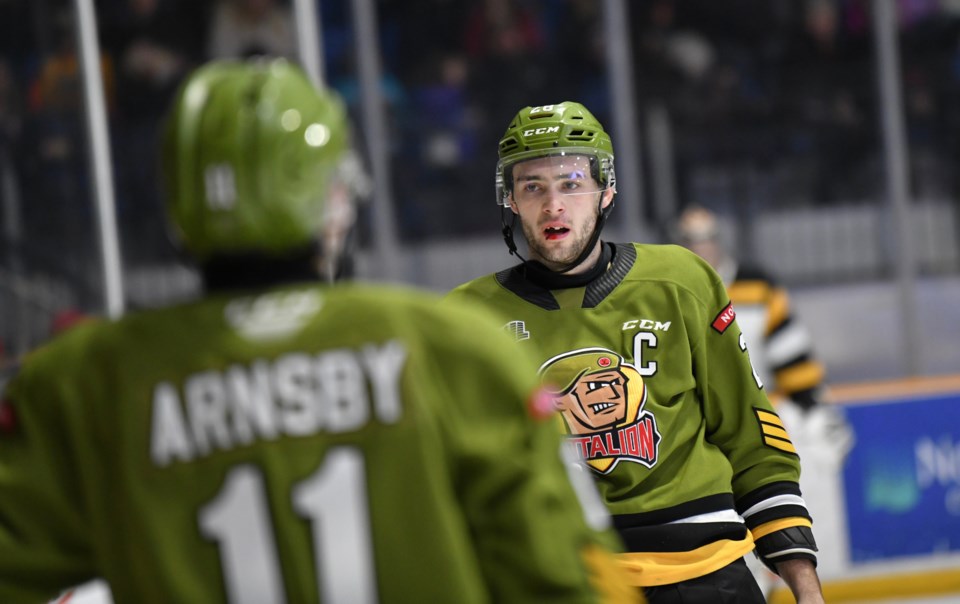 Adam Dennis believes today is a great day for hockey.  The Battalion general manager says that because today the Ontario Hockey League officially announced that December 1, 2020 is the date the league is expecting to start a 64-game schedule.

"It is refreshing it has been quite some time now since we have had organized hockey and I can tell you all our players and staff are excited," Dennis said.

"We are all creatures of habit so the unknown was such a tough thing and there are still a lot of things to figure out but it is still nice to have a solid date to plan some things and start with the preparations for a specific date."

In a release, the league stated that it will be using the next four months to work with the province and health agencies to address outstanding issues such as safe attendance at venues along with cross border travel for teams and players.

“We are looking forward to getting back to playing hockey, but are committed to ensuring that we do so in a manner that is safe and healthy for our players, officials, families, billets, teams, staff, fans and the community,” said OHL Commissioner David Branch in the release.

“Players will remain at home until the season resumes and teams will work closely with them on both their academic studies and overseeing their on and off-ice development. In addition, the League will liaise with our facilities to ensure that our venues are safe for our return to play.”

Some of the other unknowns Dennis has to contend with is how many players will be permitted to attend a training camp or will there even be a large main camp at all. Those are questions Dennis hopes will be answered in the upcoming months.

"Those are still unknowns and given the time that we have now we will hopefully get sorted over the next couple of months but they are all important factors no question that will need to be answered as we get a little closer but for now, I commend the league for getting these important dates out to everybody and it gives us a lot more than we had yesterday," said Dennis.

The regular season is scheduled to end on Thursday, April 29, 2021.  The 102nd Memorial Cup is scheduled to be played June 17-27, 2021 and will be hosted by either the Oshawa Generals or Soo Greyhounds.

Study shows area senior kindergarten students struggle with social competence and emotional maturity
Sep 20, 2020 9:00 AM
Comments
We welcome your feedback and encourage you to share your thoughts. We ask that you be respectful of others and their points of view, refrain from personal attacks and stay on topic. To learn about our commenting policies and how we moderate, please read our Community Guidelines.