Battalion go local with top pick in Under 18 Priority Selection 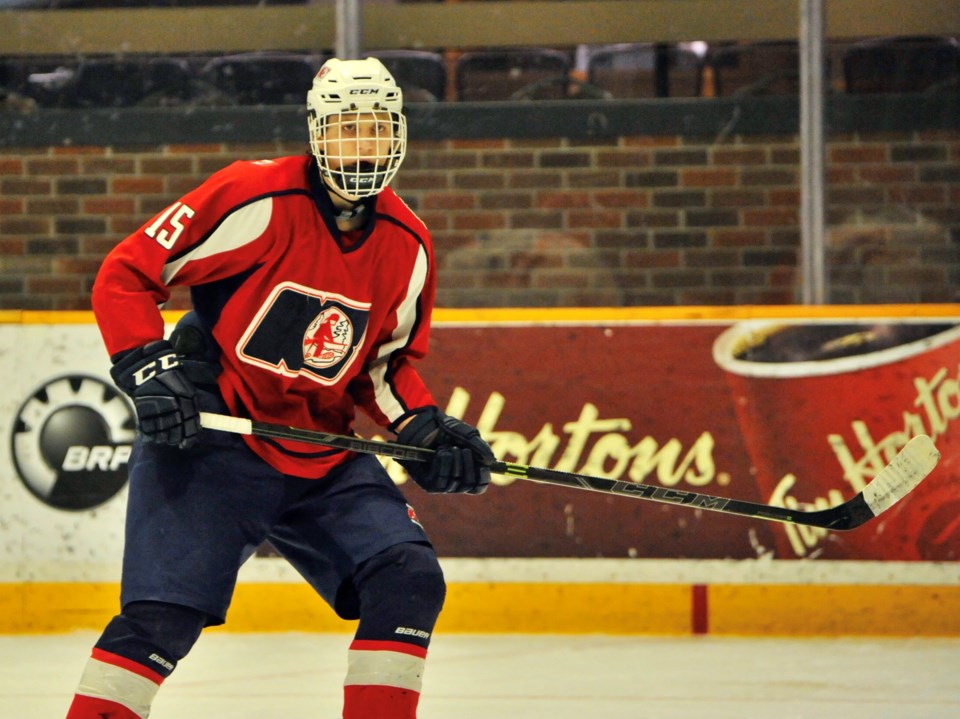 Jacob Peterson-Galema, the second Trapper taken by the Troops in the last week. Photo by Chris Dawson.

For the second straight draft, the North Bay Battalion stay local for their top pick.

The 6’2”, 180-pound defenceman recorded 12 goals and 40 assists for 52 points in 37 games with the Great North Midget League finalists.

"We really liked Jacob’s upside, he improved a lot over the summer, he is a big body with a great hockey IQ, thinks the game very well led the league in points only to another prospect of ours Nick Davis," said Matt Rabideau. Battalion Assistant GM.

"We are hoping for a great summer for Jacob for when he comes to camp."

"He’s a big goalie with decent athleticism and he has got a ton of upside," noted Rabideau.

"This was his first year playing AAA so we are not sure where Cal’s ceiling is but we are hoping it is very high."

In the third and final round, the Troops stayed in the north by selecting Gabby Kioki.  The Sudbury native played this past season for the Timmins Majors.  The Majors forward had 12 goals and 11 assists for 23 points in 36 games with the Majors this past season.

"He’s a great skater, great on his draws, he put up decent numbers for the Majors and we love his work ethic, his physicality and he was a fun player to watch all year," concluded Rabideau about their final pick.

Meantime, North Bay’s Ethan Allair was selected 19th overall by the Sarnia Sting.  The small, but skilled defender had 10 goals and 21 assists totaling 31 points in 31 games with the Major Midget AAA Trappers this past season.

This is the second season for the Under 18 draft.  Last year’s top pick, Rylan Mosely played Jr. B for the Carleton Place Canadians (CCHL2) and received an NCAA Division I commitment from the University of Alabama-Huntsville for the fall of 2019.

Local hospital ready should coronavirus spread here
Jan 28, 2020 4:00 PM
Comments
We welcome your feedback and encourage you to share your thoughts on this story. We ask that you be respectful of others and their points of view, refrain from personal attacks and stay on topic. To learn about our commenting policies and how we moderate, please read our Community Guidelines.