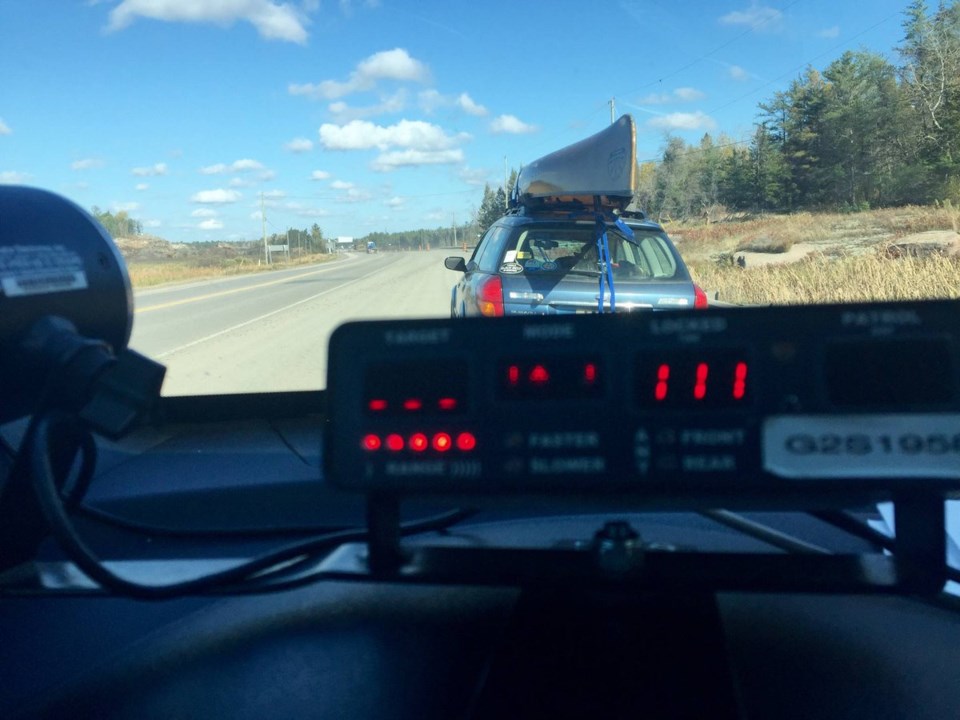 OPP say they have laid a charge of stunt driving against an 88-year-old man.

A member of the Temiskaming OPP was on patrol conducting speed enforcement on Sunday at approximately 11:30 a.m.

Police watched a vehicle travelling southbound at a high rate of speed, on Highway 11 in Temagami.

The vehicle was stopped and the driver ticketed.

The 88-year-old driver, Peter Postovit, of Whitby, is charged with:

The vehicle was towed from the scene and impounded for seven days. The speedy senior was released and is scheduled to appear at the Ontario Court of Justice on October 11, in Haileybury.