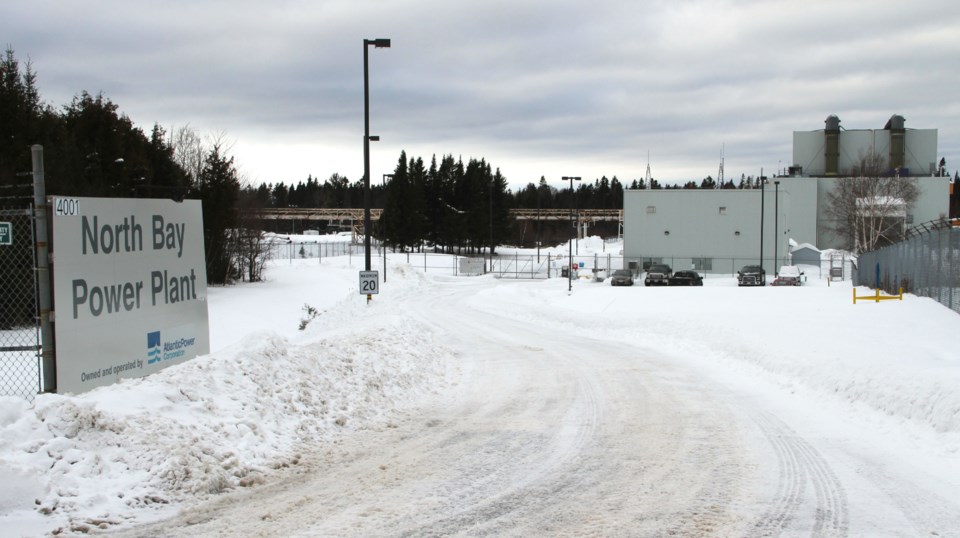 The North Bay Power Plant on the city's northern edge will be mothballed. Photo by Chris Dawson.

Atlantic Power Corporation announced it is mothballing natural gas plants in North Bay, Kapuskasing and Nipigon after the premature termination of its provincial power supply agreements.

These new contracts, which came into effect Jan. 1, eliminate the power supply agreements with the North Bay and Kapuskasing plants, which were set to expire at the end of next December.

What it means for Atlantic Power is that these NUG contracts ensure the company will still get paid on a monthly basis until Dec. 31, 2017 without having to produce any power for the Ontario grid.

Their new NUG contract for Nipigon keeps the monthly government cheques flowing to Atlantic Power until the end of October 2018.

“The contracts have no delivery obligations and allow (Atlantic Power Limited Partnership) to retain operating flexibility,” said a company release.

The Nipigon power purchase agreement was set to expire in December 2022, but Atlantic Power decided to suspend operations there too, “based on its assessment of the Ontario power market, including the estimated impact on plant economics…” said the release.

The Boston-based power producer owns 23 plants in two provinces and nine states in the U.S. Their Northern Ontario gas plants were each capable of producing 40 megawatts.

“The company is committed to working with those employees affected by the decision to mothball the three facilities,” the company said.

Atlantic Power revealed no numbers on job losses, but BayToday.com reported that 11 jobs will be lost in North Bay.