'We are a welcoming and inclusive community and the City of North Bay vehemently condemns all forms of racism'
0
Mar 25, 2020 3:30 PM By: Chris Dawson 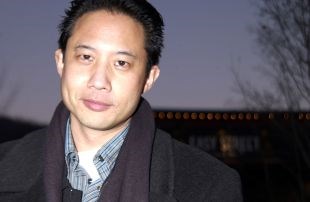 A Canadian actor has told the Toronto Star he was a victim of COVID-19 racism in North Bay this month.

Russell Yuen was in North Bay as part of the crew filming the movie "Swan."

Yuen, who is Asian-Canadian, told the Star he was going for a walk near Lake Nipissing when he claims a man started making racial comments to him relating to the COVID-19 virus.

According to Yuen's account, the man asked him, "It's so much nicer here than Toronto. We can get away from that Chinese Virus."

The conversation escalated as the man went on a vulgar racial tirade.

The fourth-generation Canadian actor then went to go warn two First Nations crew members. “I didn’t want them to bump into these guys,” he told the Star.

On March 11, the City of North Bay was planning to host a media event at the set of Swan located on Lakeshore Drive by the old Chrysler dealership. That event was cancelled due to the ongoing Coronavirus situation.

The City of North Bay only heard about the incident earlier today when the Toronto Star story came out.

Jim Calarco, a well-known local actor, was very disappointed to hear about the incident, but he is not surprised.

"Our First Nation people still endure this behaviour. We can thank Trump for labelling this the Chinese virus."

BayToday has reached out to Russell Yuen through his agency but he did not reply prior to publication.