A sea of White at Memorial Gardens tonight? 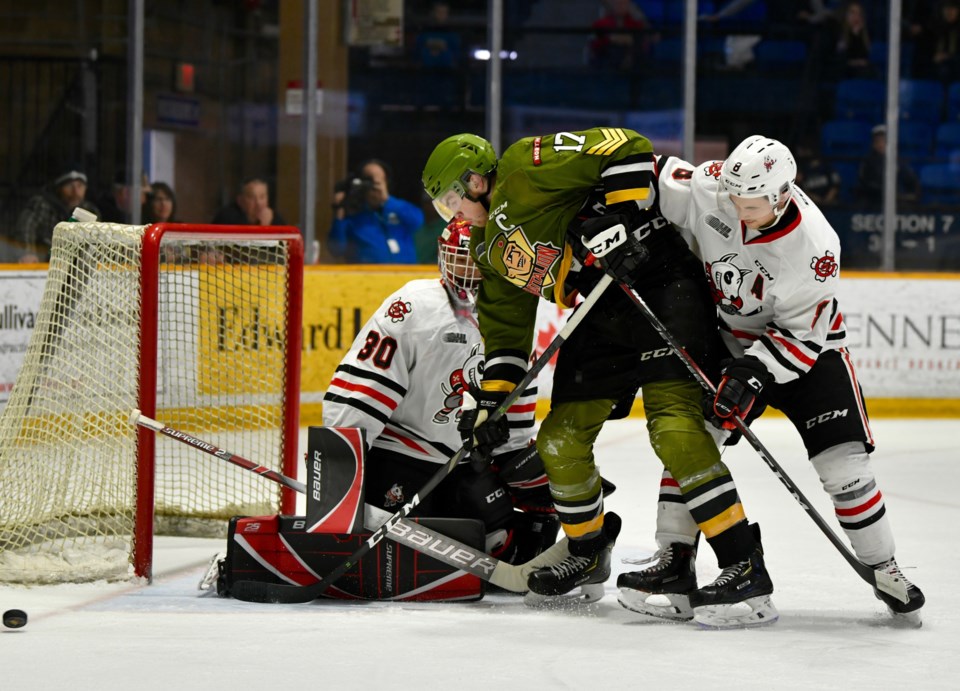 The North Bay Battalion is encouraging fans to wear white tonight as the Troops return home after splitting the first two games of the Battalion-IceDogs series over the weekend in St. Catharines.

After dropping the series opener 2-0 last Thursday, the Battalion bounced back with in impressive 5-2 win on Saturday night to even things at 1-1 heading back to the Bay.

A common theme in the two games was the solid goaltending by veteran Christian Propp.

Niagara outshot the Troops 52-23 in the first game and 45-27 in the second, with goaltender Christian Propp making 93 saves while allowing four goals in the two meetings.

“We know Christian’s capable of making the big saves, but we also know if we give him a lesser workload, some shots from the outside, he’s more than capable of not only making a save but corralling a rebound and putting it into a spot that we want,” said Dennis during a Monday afternoon press conference.

Forward Mitchell Russell says the team is coming together at the right time and they believe the favoured IceDogs can be had.

“I think our group, even after the first game, going into Game 2 (believed) that we can beat these guys, and I think we played a full 60 minutes in Game 2 and that’s how we got the two points,” Mitchell Russell, who scored the Battalion winner, said Monday.