A new local Super Hero in the Bay? 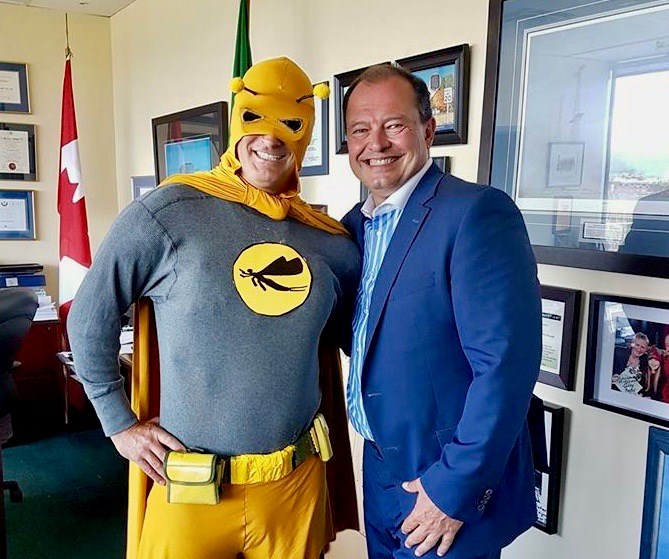 A mysterious caped crusader has been spotted around North Bay this week.

We don’t know his name, or who he is serving.

All we do know is that he has been seen wearing a yellow mask, cape, and shorts with a giant insect crest on the chest of his tight fitting uniform.

Social media is buzzing with reports of this masked man who is being referred to as “Shad Man” by many.

He has been seen in the downtown core and even was witnessed in Twigg’s grabbing a coffee.

Mayor Al McDonald even had a visit from this mysterious Shad Man and shared the photo on his Facebook page.

There are very few reports as to whether or not he possesses any supernatural or superhuman powers.

So perhaps his super power is to come in and control the massive flock of smelly insects?