From a corporation to politics to policing, David Woolley reflects on communications career

'That was one of the biggest eye openers coming in from the outside is that you don’t realize how many people, in particular civilians, that are working with the police and helping them do the job effectively'
May 4, 2021 1:00 PM By: Matt Sookram 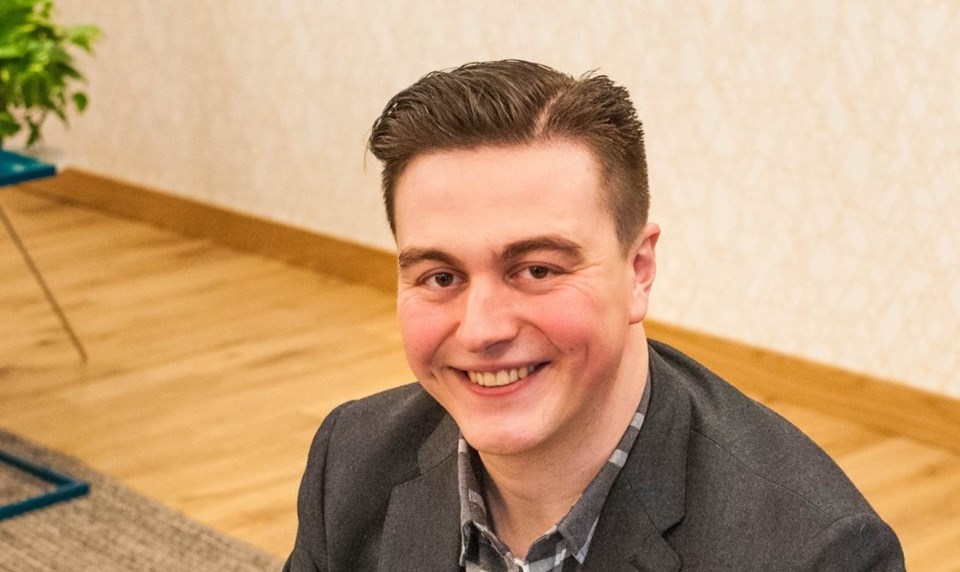 “Jobs of the Future” is a series focusing on career paths, local job opportunities, programs, and tales of success that highlight North Bay's diverse job market.

You don’t have to wear a badge or drive a patrol car to play an important role with the North Bay Police Service.

“You don’t really realize how large of an organization we have,” says David Woolley, the Corporate Communications Officer at the North Bay Police Service.

“From the forensics team, to our team of dispatchers, plus all the civilian members of the team and on top of that we have almost 100 officers. That was one of the biggest eye openers coming in from the outside is that you don’t realize how many people, in particular civilians, that are working with the police and helping them do the job effectively.”

Woolley has been in this role since February of 2021 and says learning the role during a pandemic has been an interesting experience.

“Handling social media and responding to mainstream media are two key elements of my job and so that hasn’t been affected too much by Covid-19 since I’m still able to put out a lot of content online and get our press releases out,” says Woolley.

“But there is a lot of community engagement that we want to do beyond what we are already doing and for a lot of that, you need in-person meetings with people. Zoom is helping us close that gap in a lot of places but there are a lot of initiatives that we want to do with the community that are on hold right now.”

Originally from Stratford, Ontario, Woolley says he was always attracted to news media.

“Both my parents were journalists at CBC,” he says.

“Some of my earliest memories are watching some of the biggest stories of the day. I was also always a political animal and so I went to school for political science and history at the University of Toronto. I got a job at Navigator Limited, which is a communications firm in downtown Toronto.”

Woolley says he started as an intern and worked his way up to a role in the research department, before becoming a digital strategist.

“That’s where I was doing online campaigns and social media campaigns dealing with crisis communications.”

Woolley says a company would come to their organization if that company was in a major crisis.

“We would have to work really quickly to provide support and provide a message. You basically would have 24 hours to become an expert on the issue and draft a workable response for them and a workable campaign to pull themselves out of the crises.”

It was also during this time that Woolley got involved in the political spectrum, volunteering for the Progressive Conservative Party of Ontario.

He says, “When Doug Ford won the election, I left Navigator to take a job in the provincial government for Minister Todd Smith. I then worked for MPP Bill Walker and then MPP Peter Bethlenfalvy.”

He says the crises management experience he received while working at Navigator translated well into his role with those various Members of Provincial Parliament.

“At Navigator, one of our central roles was to get ahead of an issue. You have to get ahead of the story and get your message out first. In politics, you can sort of do that half of the time because you know when some things are coming together but then there are other times when you are reacting to situations as they come,” says Woolley, who adds that working on the inside of politics is a tremendous experience, but it can be very draining.

“I did that for about three years and while I loved it and found it really fun and interesting you can get burnt out from politics pretty quickly, so that’s when I thought that it was time to look for something that was a little more long term.”

Woolley says he and his wife were looking to get out of the big city.

“My wife is originally from North Bay and that’s a reason why we looked at North Bay as a possible destination. We both wanted to be closer to family and in a smaller community, and a community that we care about and so we were weighing our options between Stratford and North Bay and looking for different job opportunities. I was very fortunate to get this one and so it’s been an exciting next step.”

Woolley says he has always been interested in law enforcement in the element where public policy meets building a stronger community and adds that those experiences at Navigator and with the PC’s have helped with his new role in North Bay.

“Where I’m at now there is a lot of ever-changing situations that you have to adapt to and have to respond to and you have to be aware when you’re dealing with people that they aren’t always having the best day of their lives and so you have to understand that when you are drafting a response or any kind of communication,” says Woolley.

“In law enforcement you are overwhelmingly reacting to the situation. That’s the biggest change I think when coming from a career in politics and agency life to a career in law enforcement where getting ahead of an issue and getting as much information out as quickly as possible is the norm. Now, we still want to get information out as quickly as possible, in particular if there is a threat to public safety, but if we put out too much information too quickly we could compromise a case, and then that wouldn’t assist public safety in the long run.”

Woolley says they are aware there can be public criticism sometimes with the speed of their messaging, but he adds it all comes down to ensuring what is safe for everyone involved.

He says, “I think, so far, we’ve been able to strike a really good balance of getting out vital information as quickly as possible. You do see that criticism from the public sometimes saying ‘why didn’t we release this or why didn’t we say that’ well that is because most of the time, we don’t release that information at the time because it could compromise a case and its really a responsibility to ensuring that we don’t do that. We do everything in our power to ensure that the cases are as air tight as possible.”

He adds being on the other side of the story gives him a good sense of where the criticism comes from and insinuates their degree for that criticism is not always warranted.

“When I was working at Navigator and especially when you’re dealing with organizations who are in crises, you really see behind the curtain and that really gives you an appreciation for the fact that these are really just people who are trying to do their best at their job. They are reacting to situations that are outside of their control and it does make you humble because you know that if you were in that situation you would just be trying your best.”

Woolley says another big eye opener for him outside of the sheer size of the North Bay Police Service is the actual day-to-day operations and what goes on when police are out servicing their community as The Police Service receives an average of 90 calls a day, and 72 per cent of those calls are mental health related.

“I had absolutely no idea how many calls we get that are associated with mental health,” says Woolley.

Woolley says there was one instance where he was on a ride-along and got to see this first hand. that team wasn’t available and he got to see first hand.

“I watched two police officers with the North Bay Police, deal with someone in a crises and it was amazing to watch that degree of human to human contact. You have an image of a police officer as these big tough guys, but they immediately drop that wall and spoke to this person in a very calm manner and were very moderate in their tone and they were not aggressive in any way. We’re seeing them have to act as social workers in that sense. Its not always getting involved in a foot chase down the street, it’s reacting to someone in a crises and making sure they get the help that they need.”

Woolley says a career in communications is one that can interest so many people as long as they have an interest in something.

“I think if you already have knowledge of a particular industry and you are looking to sort of shift what your career goals are, I think getting into communications is a good move,” he says.

“Focus on what you already know, and become an expert in that field. That saying, ‘know something about everything and everything about something’, I think works really well for people in communications. Keep researching, keep staying involved and keep up to date on current events and focus on what you already have some advanced knowledge in and become an expert.”

If you have a story idea for Jobs of the Future, send Matt an email at m.sookram@outlook.com

More Jobs of the Future