North Bay man making a difference 5,300 km across the world

He totally understands the need to help our local community. In his case, he's able to do that, as well as helping an international effort that has touched his heart deeply.
Jul 29, 2020 1:00 PM By: Mike Anthony 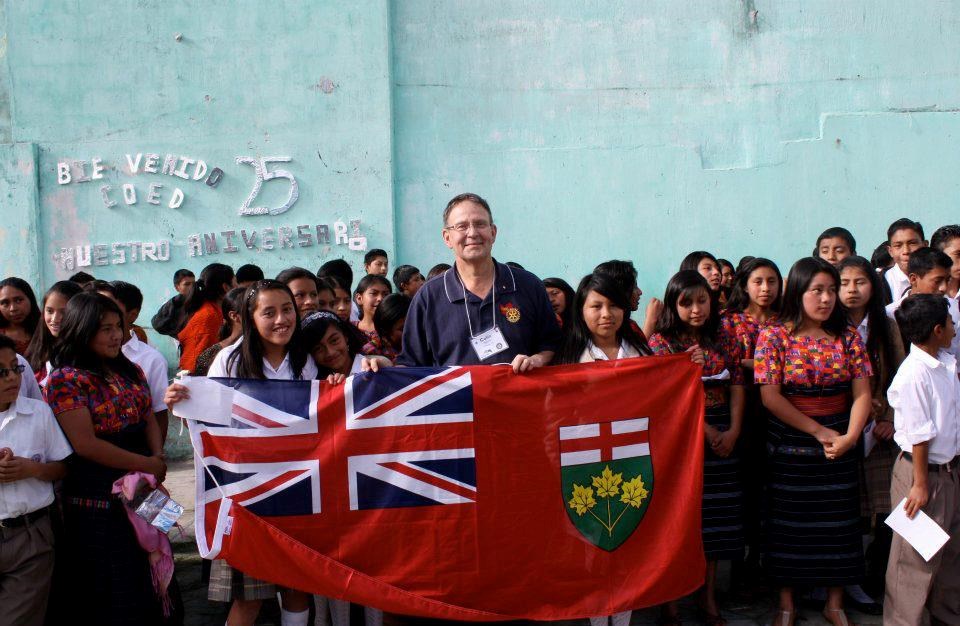 This is one of a series of articles, as part of the feature called "Helpers", which focuses on people and organizations that help make our community better.

This time we focus on Colin Thacker and his efforts to make the world a better place, in one of its most impoverished nations.

Thacker is active as a local volunteer, and as a Rotarian. He totally understands the need to help our local community. In his case, he's able to do that, as well as helping an international effort that has touched his heart deeply.

On the local scene, he's involved In various fundraisers, including for the recent splash pad effort. He delivers TV Bingo envelopes to stores, and you might have seen him at public spots like the mall when he was selling tickets to take part in the "Chase the Ace" fundraisers.

But it was a Rotary effort that got him started on an international passion that he's taken on as his own.

Rotary of North Bay was helping literacy efforts for the children of Guatemala, and what Thacker saw changed him forever.

"It was almost a decade ago. I saw poverty like you couldn't imagine in Canada. I saw kids who wanted to continue their education but couldn't and were done school by grade six. Homes had dirt floors. Whole families would be surviving in an 8'x11' space with the bed, the kitchen, the bathroom all in that tiny space," he explains.

Thacker is now the president of the Canadian Friends of the Guatemala Literacy Project, and works tirelessly on it, including an annual visit to see progress being made.

He says computers and textbooks valued at almost a million dollars have been sent to the effort.  To date he says there have been a total of 207 textbook projects, 53 computer centres created, 94 reading programs put in place, and a total of 741 scholarship and sponsorship projects that benefit the impoverished youth.

He's grown the amount of "friends" supporting the project as well, adding "Five years ago, there were only a handful of Rotary clubs in Canada supporting the effort. I personally contacted all 700 clubs, and now we are up to 70 that have decided to support."

Anyone interested can support a student in Guatemala for $100 a month. Thacker adds that sometimes a group of 4 friends will contribute $25 each, and every bit helps.

"Absolutely, I've seen them become teachers, nurses, things like that."

Thacker says anyone interested in more information can contact him at 705-494-8339, or email him at cthacker@vianet.ca anytime.

He filled his COVID downtime by filling bag after bag, cleaning up the city
Sep 2, 2020 1:00 PM
Comments
We welcome your feedback and encourage you to share your thoughts. We ask that you be respectful of others and their points of view, refrain from personal attacks and stay on topic. To learn about our commenting policies and how we moderate, please read our Community Guidelines.