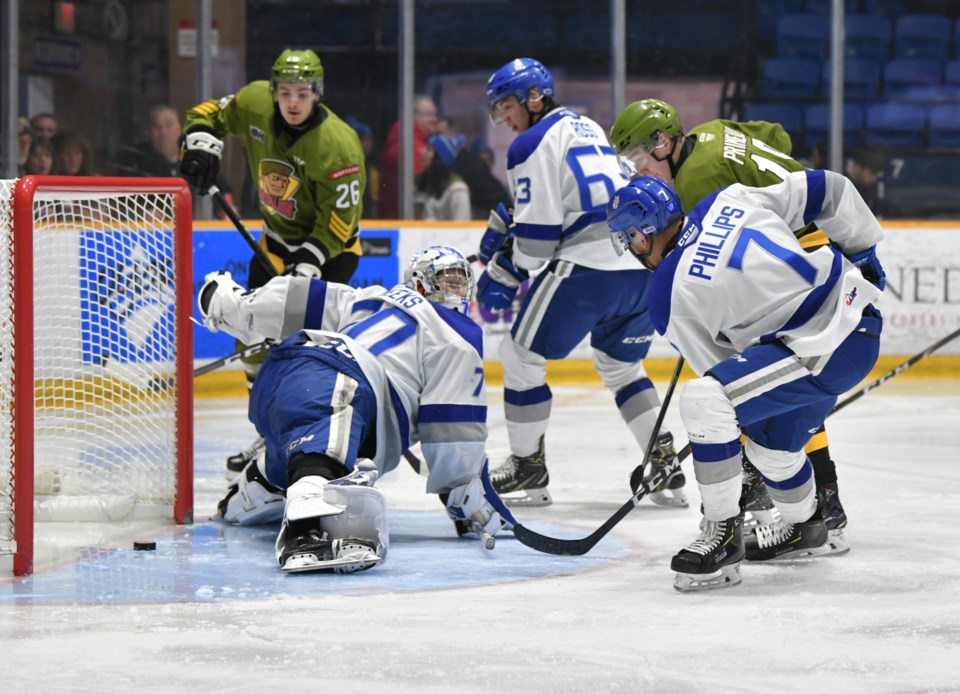 While they remain hopeful, whether the Ontario Hockey League starts regular season action in the fall will rely on a number of factors.

The COVID-19 pandemic forced an early end to the season in March along with the cancellation of playoffs in all three Canadian Hockey League member leagues, as well as the Memorial Cup, which was scheduled for May 22-31 in Kelowna, B.C.

OHL commissioner David Branch released a statement on Tuesday saying, “we plan to drop the puck in the fall.”

In an interview Thursday, Branch didn’t release a specific day in which the OHL hopes to return to the ice. He did say that the league would do everything possible to play a full 68-game season.

“It’s an important factor, no question,” Branch said. “We are a gate-driven league. Our teams each lost several games at the end of last season and lost all of their playoff opportunity. There’s been significant challenges there. That feeds into hopefully being able to play as many regular season games as possible.”

Branch has had regular discussion with his colleagues from the QMJHL (Gilles Courteau) and the WHL (Ron Robison) in regards to being ready for all three of the Canadian Hockey League’s member leagues returning to the ice.

“We talk several times every week,” Branch said. “We schedule calls for the purpose of returning to play and dealing with COVID-19. There’s constant dialogue and exchanging ideas. We share in most cases where we are and where we’re going. We would all like to be able to set a date but everything we want to do is subject to government and health organization guidelines. That also goes to the safety and well-being of our players and our fans and our staff.

“We’re making plans to be ready when we’re given the green light,” Branch added.

Asked whether the league would return without fans, Branch spoke of how the league “would be hard-pressed to operate” with no fans in the rinks.

“There are a lot of factors around that, like for how long,” Branch said. “Our business model is predicated on spectator support and it’s the number one revenue stream we have. Without it, we would be hard-pressed to operate.”

The QMJHL and WHL commissioners have said that the plans for their respective leagues is a similar one and are shooting for full schedules once play resumes.

The league, much like its WHL counterpart, faces the challenges of the Canada/U.S. border being closed and teams based south of the border.

“The border is another example of what makes this situation so intriguing and challenging,” Branch said. “So many of the potential conditions are beyond our control. We just have to be ready to move forward. The principle is that we are one league and we will stay united and work through this.”

As for the Memorial Cup, Branch said the leagues have considered the potential that the tournament would be held later than its usual timeframe in late-May.

“The Memorial Cup dates for hosting is a trigger of what we can do if the need is to extend our season because of the start time,” Branch said. “One of the good things that we’re all seeing is what the National Hockey League is doing. Who would have ever thought that their playoffs would be held in the months of late-July, August, and the Stanley Cup in September? That has helped us develop a mindset that it isn’t the same old, same old. We are in a new world and we all recognize that. It puts us in a better position to possibly look at altering when we might normally hold the Memorial Cup. That discussion is very much alive.”

“The one element to this is that we’ve had absolutely incredible cooperation from the Sault Ste. Marie Greyhounds and the Oshawa Generals,” Branch added. “They’re cooperating and they’re understanding. A lot of their plans are on hold until we confirm when we’re having the tournament and moving forward with the bid process.”

Branch also said that both teams have expressed wanting to make their presentations in person as opposed to virtually.

“We recognize that there may come a time when that won’t be practical for a variety of reasons and we’ll do it by way of technology,” Branch said. “The way we do business now is by way of technology. We’re working through that right now from a timing standpoint.”

About the Author: Brad Coccimiglio

A graduate of Loyalist College’s Sports Journalism program, Brad Coccimiglio’s work has appeared in The Hockey News as well as online at FoxSports.com in addition to regular freelance work with SooToday before joining the team full time.
Read more

Virtual pet adoptions help find foster and forever homes
Jul 8, 2020 5:00 PM
Comments
We welcome your feedback and encourage you to share your thoughts. We ask that you be respectful of others and their points of view, refrain from personal attacks and stay on topic. To learn about our commenting policies and how we moderate, please read our Community Guidelines.