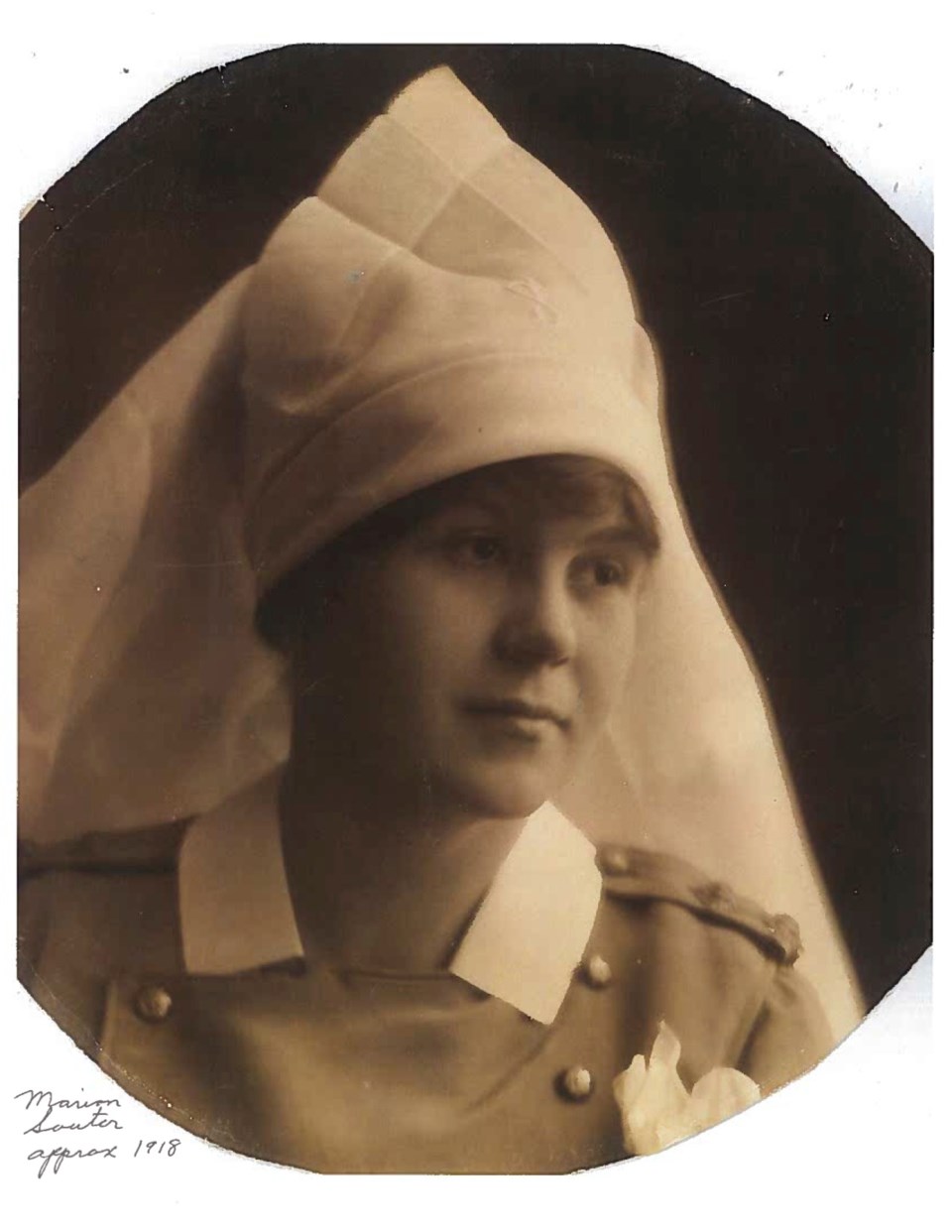 A major shortage of manpower in local farming and commercial agriculture developed during the First World War.

These formal groups, “Soldiers of the Soil” for the boys and “Farmerettes” for the girls, demonstrated the impact that the war had on society.

Women also served as nurses on the front lines. Marian Georgina Soutar was a nurse with the Canadian Army Medical Corps.

She attended high school in North Bay, and graduated with a nursing degree from Victoria Hospital in London.

In 1916 she volunteered as a nurse for the Canadian Expeditionary Force but because of the lengthy wait for volunteers, joined the Queen Alexandra Nursing Reserve and shipped to England as a civilian.

This group only accepted single women between 21 and 38 years of age and Marian’s papers show that her birth date was given as 1892, thus making her more eligible.

Marian served in a military hospital near Liverpool in 1916-17 operated by the British Army.

During that time her brother Alex was training in England and she met him in London for short holidays.

A letter from her younger sister, Anna (in nurse’s training in London, Ontario) mentions Marian’s request to serve in France, but nothing seems to have come of this.

In July 1917, Marian applied for (and was granted) a transfer to the Canadian Army Military Corp, as a lieutenant.

Most Canadian nurses applied for transfer since, in the Canadian Army, the nurses were given the rank, pay and privileges of an officer.

After returning to Canada, Marian married Summers Wilson (who had also served overseas) and had 3 children.

Strangely enough, one of the most dangerous times for Marian and her new husband was in 1922 when they had to flee the tragic Haileybury fire, where they lost everything.

The first Canadian women given the right to vote in 1917 were nursing sisters and ladies in the military in the First World War.

The right to vote was quickly expanded to include women with husbands, sons and fathers serving overseas.

All Canadian women over 21 finally received the right to vote in federal elections on January 1, 1919.

Remember This? North Bay Photography Collection Provides Window to the Past
Apr 10, 2021 10:30 AM