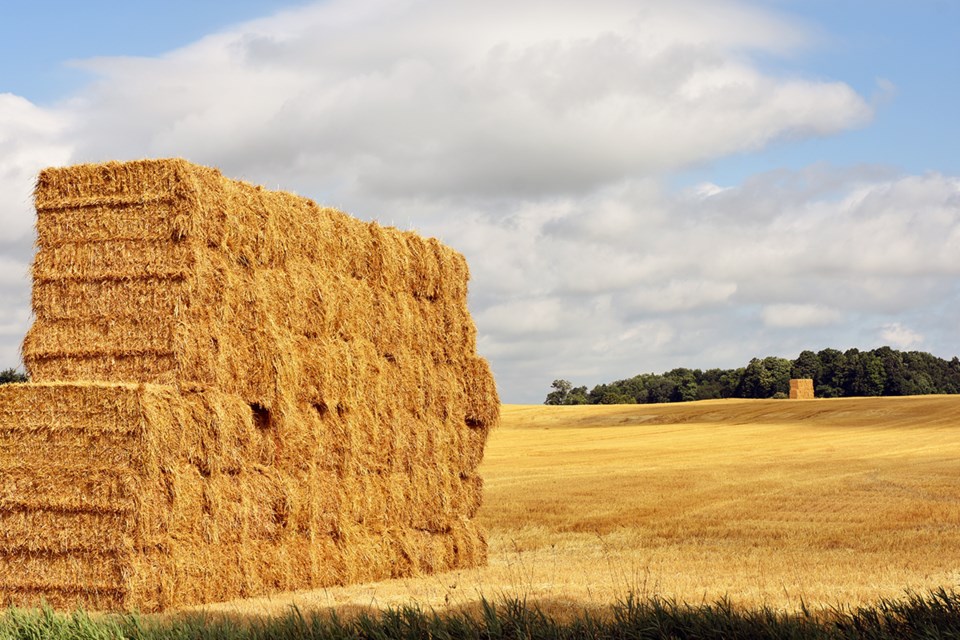 When I was 19 I spent the summer haying in the Fraser Valley of British Columbia. They get three hay crops a season there so I was busy, with two friends, going from farm to farm to bring the hay crops in.

At first, we weren’t very good at it. I remember vividly a load of bales sliding off the trailer as we rounded a curve with the tractor a tad too fast. But, that only happened once. We enjoyed the summer working outside, except for the unbearable heat as we stacked the bales in the haylofts.

The farmers paid us what they could and fed us very well. There were other teams of high school and college kids doing the same that summer. There are lots of farms in the Fraser Valley.

When I go back to visit my 95-year-old mom, my brother, and his family, I can see the changes in the farms. Since my time in the field immigrant labourers became the backbone of Fraser Valley farms and many immigrant families now own the farms they work on.

Driving from the airport in Vancouver to Chilliwack I see palatial multi-generation homes dotting the farm landscape. The farm labourers have become the owners, and that’s what makes Canada the great country that it is.

Canada offers opportunities for everyone and the COVID-19 pandemic is not going to change that. Some have argued that it’s time to close our borders, but they aren’t looking at the big picture.

The pandemic has shown us how much we rely on immigrants—working in nursing homes, hospitals, farmers’ fields, canning factories, meat packing facilities, and driving the transports that deliver our food. They own many of the restaurants that are providing take-out food.

Statistics Canada says one in four health care workers in Canada is an immigrant. More than one-third of family physicians are newcomers.

Universities and colleges are alarmed at the possibility of losing thousands of international students this fall. The sky-high tuition fees they pay account for approximately half of the post-secondary institutions’ tuition revenue.

The notion of closing our borders may be coming from how long we have been staying home during the pandemic and our increased viewing of cable and other TV news. Donald Trump is the most incompetent and corrupt political leader the U.S. has ever had, but his obsession with closing the Mexican border and cutting back immigration has struck a chord that resonates with some, even in Canada.

Canada’s immigration minister, Marco Mendicino, wants to welcome 341,000 immigrants next year and 361,000 in 2022. Immigration this year has dropped due to the pandemic but we attracted 70,000 permanent residents in the first three months of the year. The numbers dropped once the pandemic hit us in mid-March, but 20,000 or so temporary foreign workers still arrived in April.

The seafood industry in the Maritimes and the agricultural sector across Canada are in peril if travel restrictions seriously affect the number of temporary workers arriving this year. Attempts to hire locally are dismal failures.

In a recent interview with journalist Susan Delacourt, Mendicino said “We are at a moment where we are responding to COVID-19, but we are also planning for the future. The future of this country depends on immigration. We need to continue to grow because we have an aging population, an aging workforce.”

In the short term, with our economy in tatters due to the pandemic it is somewhat understandable that some people feel we should slow down on immigration.

But, this too will pass, and the need for more immigration will become more obvious.

Opinion: Local health care vacancies being filled by nurses from the Philippines
Dec 19, 2020 9:00 AM