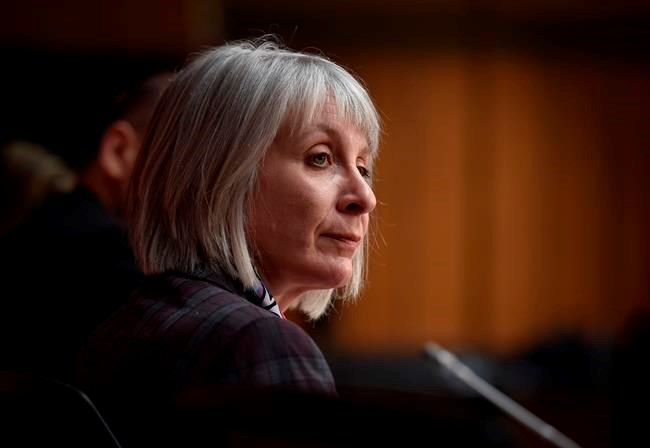 Canada is making unprecedented use of the federal Quarantine Act in a bid to curb the spread of the COVID-19 pandemic. The order, which went into effect early Wednesday, hours before it was announced, means all travellers returning to Canada are now legally required to go into self-isolation for 14 days rather than simply urged to do so. Here's a closer look at the legislation:

Has Canada always had a Quarantine Act?

According to the federal government, a piece of legislation bearing the same name went into effect shortly after confederation in 1872, but was left largely unchanged for more than a century. After the deadly SARS outbreak of 2003, however, the government acted on a recommendation to beef up the legislation.

The act as we know it today received royal ascent in 2005.

The legislation gives the federal health minister sweeping powers to stop the spread of communicable diseases either in or out of Canada. Those measures include everything from routine screenings conducted by quarantine officers at airports to the sort of mandatory isolation orders issued on Wednesday.

"The Quarantine Act is always active. It's being used all the time," says Steven Hoffman, director of the Global Strategy Lab and a global health law professor at York University. "It's just not always used in a very public way."

The Act was invoked earlier this year when travellers returning to Canada from Wuhan, China and other global hotspots for the novel coronavirus were detained for two weeks at an eastern-Ontario military base. But  Hoffman says the latest orders, issued by Health Minister Patty Hajdu, take the government into uncharted territory.

"We've never, ever seen a quarantine order this broad or affecting so many people at once in Canada," he said. "

Why is the government taking this step?

Hajdu said the measure was necessary to send a message about the importance of limiting the spread of COVID-19,, which has sickened more than 3,000 Canadians and killed at least 30. The order comes after women in Quebec and Newfoundland and Labrador were arrested for violating provincial orders requiring to stay at home after travel abroad.

"People are not understanding that this 14 days is absolutely essential to protect the health of their fellow Canadians," she said. "... So there is perfect clarity around the need to isolate when Canadians come back from abroad whether it's from the USA or other international destinations we are implementing the Quarantine Act so there is no confusion about the need to do so whether you are symptomatic or not."

Does the government have any obligations under the act?

The legislation gives the government a fair bit of latitude to do whatever they feel is necessary to stop the spread of a disease that could pose a public health risk, Hoffman says.

"They're not in prison," he says of the people under quarantine. "The government, under the act, is supposed to take steps to make it as least intrusive as possible, but what exactly that means, there is some discretion.''

Hajdu says returning travellers will be barred from taking public transit or placing vulnerable people at risk, but says the government will assist with transportation and accommodation arrangements as needed.

How will the new orders be enforced?

That's the big question for Hoffman, who says the new edict will need to be implemented consistently across the country in order to ensure it does not run afoul of the Constitution. Hoffman says that while quarantine officers at the border have enforcement powers, local public health and law enforcement officials may be enlisted as the order takes effect. Health Canada did not immediately respond to request for comment, but Hajdu has said details about enforcement will be released before the order kicks in.

What happens if someone violates the Quarantine Act?

Hoffman says the legislation contains a wide range of penalties for those flouting the law.  Hajdu's office issued further clarification late Wednesday: maximum penalties include a fine of up to $750,000 and six months in jail.

Is the government within its rights to take this step?

Hoffman anticipates the new use of the Act will be challenged in court eventually, but says Ottawa is likely on solid legal ground.

He said the Act requires Hajdu to follow a "reasonableness requirement"  and be able to demonstrate that the affected travellers pose a genuine risk to the public. The overtaxed health-care system and rapidly growing number of cases, he said, may well meet that threshold.

Additionally, Hoffman said the new measures likely fall within the bounds of the Charter of Rights and Freedoms by containing a fixed, relatively short time limit and playing out against the backdrop of an unprecedented global crisis.

"It's in a context of a constrained public health system that really needs everyone to comply," he said. "Maybe it would pass that legal test. We're going to find out."

This report by The Canadian Press was first published March 25, 2020.

Note to readers: This is a corrected story. A previous version said the order would go into effect Thursday at midnight.