The national weather agency previously said only two tornadoes touched down.
Sep 25, 2018 9:17 AM By: Canadian Press 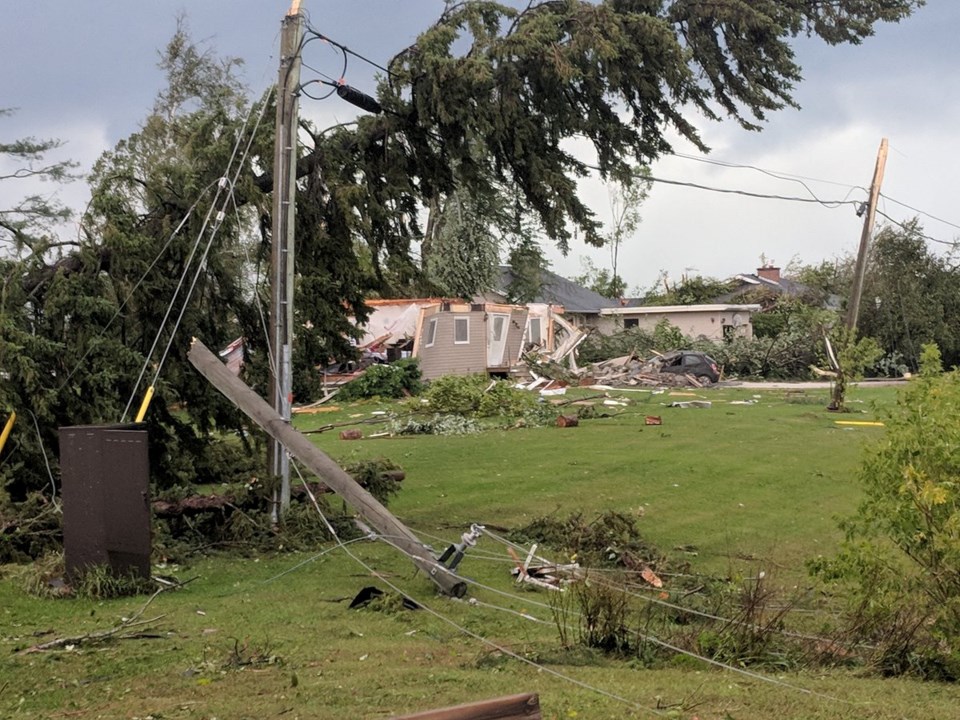 Environment Canada says three tornadoes touched down in the Ottawa area on Friday, snapping power lines like twigs and lifting roofs off homes.

It says the newly discovered tornado was the weakest of the three, and actually happened before the others.

It says the EF1 category twister touched down at about 4:15 p.m. in Calabogie. Its winds reached 175 km/h, damaging roofs and uprooting trees.

The other two tornadoes happened less than an hour later, with winds reaching 265 km/h and 220 km/h, respectively.

The strongest of the tornadoes -- a category EF3 -- formed in Kinburn, and over the course of 40 minutes travelled through Dunrobin and hopped the Ottawa River to Gatineau.