Federal and provincial political leaders in Canada are working closely with scientific experts to slow the spread of the infection, combat misinformation and respond quickly and effectively
0
Apr 29, 2020 9:25 AM By: The Conversation 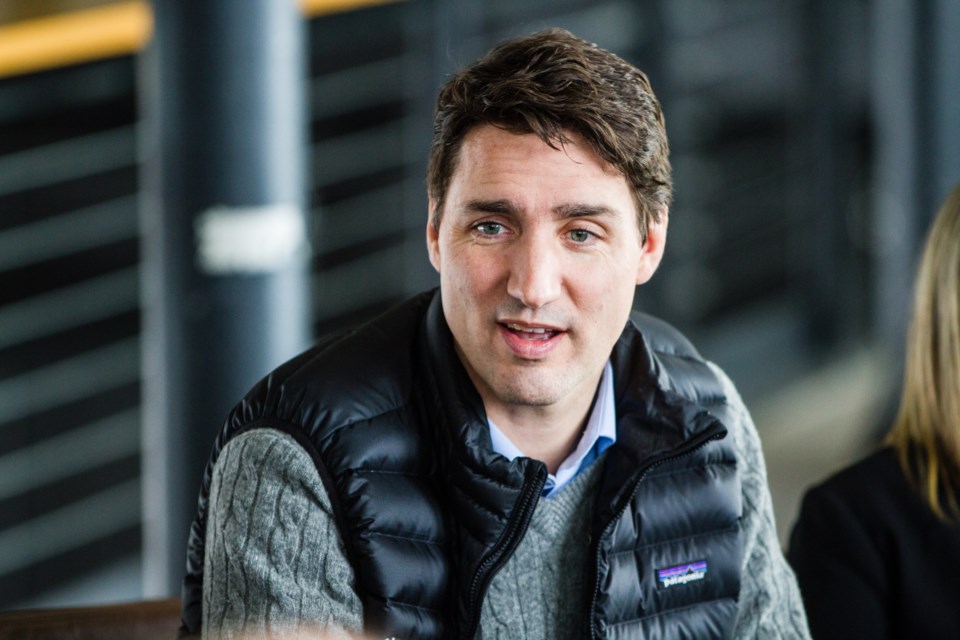 The reaction of governments to the coronavirus pandemic perfectly illustrates the importance of maintaining strong links between the scientific and political communities.

Federal and provincial political leaders in Canada are working closely with scientific experts to slow the spread of the infection, combat misinformation and respond quickly and effectively.

Sadly, we have also seen in some cases the harm that weakening the role of science in policy-making can cause.

Whether in times of crisis or not, the constructive integration of scientific evidence into political decision-making strengthens policy initiatives, improves the quality of debate and leads to robust, cost-effective and successful outcomes for society.

Despite the importance of science in society — and we mean science in its broadest sense, including the natural, health and social sciences — there is a considerable gap between the scientific and political spheres.

This gap is widening in the current “post-truth” era, where the role of science has become weakened in many public institutions, and is often discredited to the benefit of vested and financed interests. It is also increasingly difficult for policy-makers to navigate the growing quantity and variety of scholarly research and evaluate its validity.

In order to make full use of our knowledge resources, we need researchers from all disciplines to engage with the policy-making process. However, researchers are underrepresented in politics and governance worldwide. Canada is no exception. A recent analysis has revealed that scientific disciplines are strongly underrepresented within the current Parliament.

Why aren’t more scientists in politics?

Scientists have often been portrayed as looking down from an ivory tower and many researchers still perceive science as outside of or “above” politics and everyday life. However, a growing number of scientists worldwide recognize the need for public engagement and involvement in the policy-making process to ensure that society can take the maximum benefit from the knowledge that science generates.

Why then do so few scientists run for office or engage with policy-makers?

One key problem is that engaging in government policy is not well rewarded by academic institutions. Given heavy demands on researchers’ time, it can be difficult to justify activities that are not typically recognized as benchmarks of academic achievement by research institutions or funding agencies.

In addition to a lack of professional motivation, few scientists know how to communicate effectively with politicians, provide valuable and timely input to policy questions or connect with government representatives. While Canadian policy-makers rely on parliamentary committees to review and use scientific evidence, academics are largely unaware of the committee process or how to get involved.

We were privileged to be among the scientists who participated in Canada’s inaugural Science Meets Parliament in November 2018.

This non-partisan event brought together academics and policy-makers to promote a mutual understanding of their respective roles and to build new relationships between the two communities. Based on a model founded in Australia more than 20 years ago, the Canadian Science Policy Centre and Mona Nemer, Canada’s Chief Science Advisor, partnered to co-ordinate this two-day program on Parliament Hill.

Building on our experience from Science Meets Parliament, we are proposing six recommendations for improving science-policy relationships in Canada.

Effective communications with policy-makers is a key skill that researchers must develop if they are to facilitate the incorporation of science into policy. Yet this element is missing from most graduate programs and faculty training.

We contend that including policy communication skill development into professional training will provide the current and future generations of scientists with the tools necessary to engage with policy-makers.

Researchers have identified the lack of professional incentives for policy engagement as an important reason why a gap exists between science and policy.

We recommend that universities and granting agencies view policy input, such as briefing notes or committee testimony, as valid research outputs and service for the purposes of promotion and funding applications. Additionally, to streamline faculty engagement with the policy process, public outreach offices could monitor parliamentary committee agendas and alert researchers to opportunities to contribute their expertise.

Science Meets Parliament has demonstrated the potential to grow into a major capacity builder in this area. Starting with a second edition planned for the fall, we recommend funding this program on an annual basis to continue introducing scientists from diverse disciplines and backgrounds to the policy-making process.

4. Create a research chair at the Chief Science Advisor’s office

We propose the creation of visiting research chairs within the office of the Chief Science Advisor. This would allow scientists to learn and develop new strategies for integrating science into politics. This position could take the form of internships lasting from four months to one year for researchers who participated in the Science Meets Parliament program.

Parliamentarians should be offered more opportunities to enhance their science literacy through campus and community visits, targeted training and workshops, or pairing with scientists. These would enhance understanding of the scientific landscape in Canada, including how to access credible information from the scientific community. Access to relevant scientific information could also be facilitated by collaboration between academic researchers and analysts from the Library of Parliament, which publishes a research document called HillNotes.

6. Extend Science Meets Parliament to other levels of government

In Canada, legislative powers are distributed among the federal and provincial/territorial governments, and in co-ordination with First Nations, Inuit and Métis Nation communities. While the municipalities report directly to the provinces, they often have the most direct relationships to local residents. Strong links between scientists, Indigenous leaders and members of municipal councils and provincial legislative assemblies are therefore equally important as links with federal legislators.

Both scientists and policy-makers considered the inaugural Science Meets Parliament event highly successful. We hope the lessons learned can be applied to strengthen the program in order to foster a robust culture of science in Canadian public life.