COVID-19: Can you save money working from home?

For many, the switch to working from home means saving money on parking spots, gas and eating out during the day, but it also comes with other costs
Sep 25, 2020 8:55 PM By: Global News 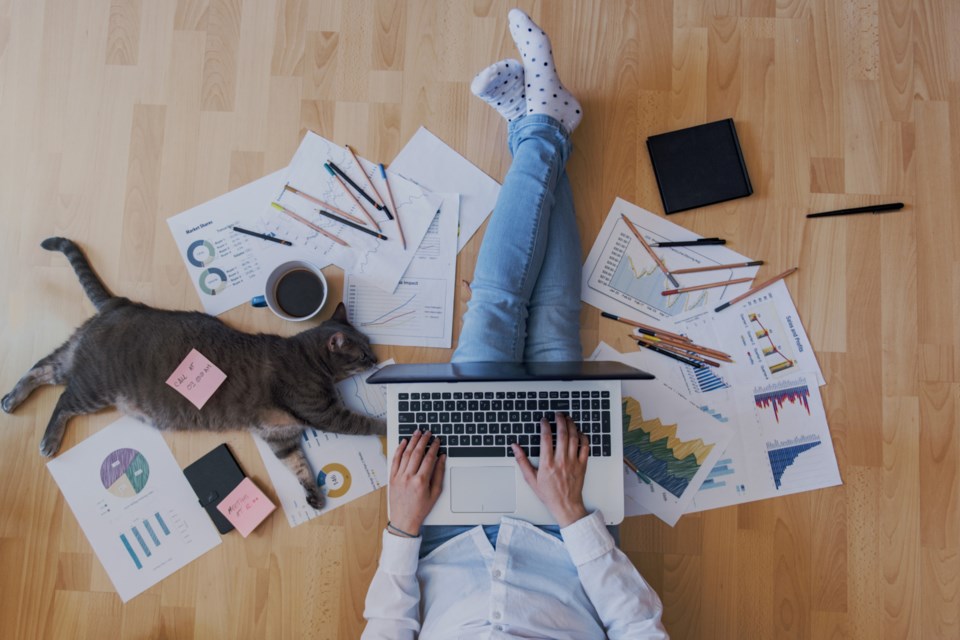 It’s been over half a year for many Canadians who have packed up their work and brought it to their kitchen table.

For many, the switch to working from home means saving money on parking spots, gas and eating out during the day, but it also comes with other costs.

Winnipeg marketing expert Susie Erjavec Parker has been working from home for more than a decade. She says there are a number of costs to keep in mind.

“When you’re working in an office, you are relying on their infrastructure, their services, so you have everything you need to do your job — everything from the phone line to internet, to even bathroom facilities, lunch facilities that you’re using,” she said.

“Just your typical water use will go up because you’re at home more. Things like electrical utilities, those kinds of things will increase as well. Employers need to be aware they’re putting that burden on their employees now and their employees should be compensated for those costs.”

Manitoba Hydro says residential consumption has increased about 10 per cent in the past six months over previous years. The Crown corporation says it’s likely due to people spending more time at home.

If you want to recoup some of those costs, there may be a way to do it at tax time. Currently, the Canada Revenue Agency is revamping the T2200 form, which allows employees to claim working from home expenses.

It’s a form you’ll have to get from your employer but experts like Evelyn Jacks, president of the Knowledge Bureau, says it’s important to fill it out.

She says you first have to identify which room in your home is your workplace.

“As the rules have stood in the past, it’s generally not a room in which you have a bed or you’ve got living space,” she said. “However, during the pandemic, of course, this has been so difficult and we all know of people who have kids in the same room working together with them.

“We’re hoping the CRA will be lenient and allow us to measure off a reasonable portion of the home or rental that you’re living in so we can properly allocate those expenses.”

Jacks adds that the eligible expenses for employees can be things like your rent and utilities for the home.

“It’s different for everyone, because it’s based on the ratio of your expenses allowable. For example, you have a 1,000-square-foot home and you have 200 square feet of that is allocated to the office, then approximately one-fifth of your expenditures could be claimable under this home office claim,” she said.

“It’s going to be more complicated for many people, not just from a home office point of view but reporting your CERB (Canada Emergency Response Benefit) and Canada recovery benefit, there’s going to be some clawbacks and some EI benefits — it really will be good for people to get some advice sooner rather than later.”