CANADA: Will the 2nd coronavirus wave wipe away movie theatres?

With theatre attendance plummeting in North America, many studios are pressing the pause button on their most-awaited releases
Oct 15, 2020 9:25 AM By: Global News 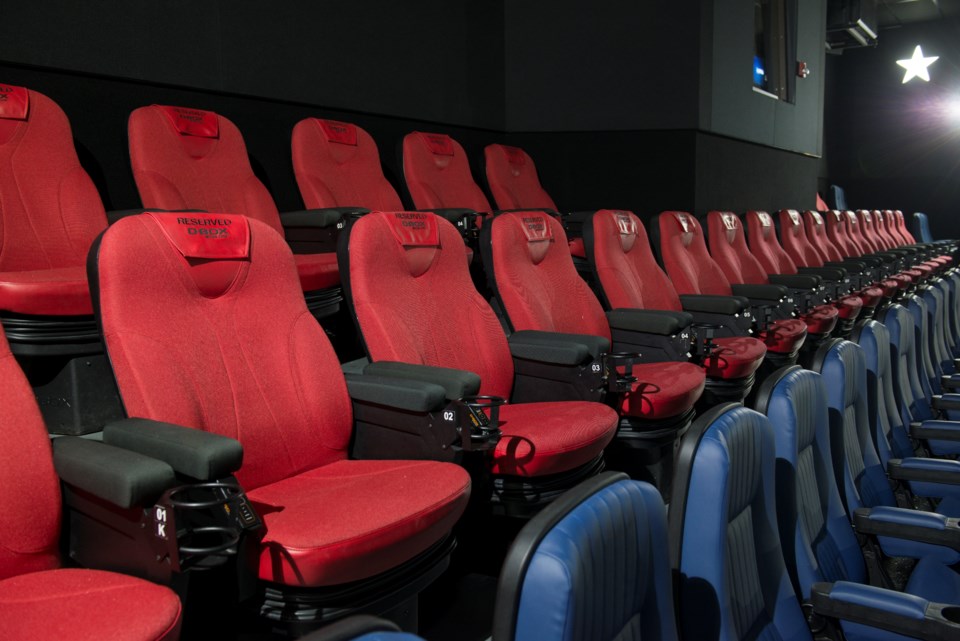 Recent headlines about movie theatres sound like they could have been ripped from the script of a horror movie.

Cineplex stocks took a dive earlier this week after the launch of the new James Bond movie No Time to Die was postponed yet again because of the novel coronavirus health emergency. The North American release of the much-awaited 25th iteration of the Bond saga, which stars Daniel Craig, is now planned for April 2, 2021, a year after it was originally scheduled.

Superhero mega-movie Black Widow, with Scarlett Johansson, is now set to hit the theatres on May 7 of next year, instead of Nov. 6. Steven Spielberg’s West Side Story has been pushed back a year from December 2020 to December 2021. Avatar 2 suffered the same fate. Even Halloween movies are on hold.

Amid the cascade of delays, IMAX announced on Oct. 8 it would furlough 150 employees. On the same day, Cineworld Group temporarily shut down its more than 500 Regal locations across the U.S. as well as 127 venues in the U.K.

“If we shut this down, this will not be a reversible process,” she said in an interview with Reuters. “We could lose movie theatre-going forever.”

The U.S. National Association of Theatre Owners said 69 per cent of small and mid-sized cinemas could be forced to file for bankruptcy.

In Canada, the plotline for movie theatres portends an equally high-stakes gambit as the country is well into a second wave of the pandemic.

On Friday, Ontario announced cinemas will be among the venues mandated to close temporarily in Toronto, Ottawa and Peel Region, as the province as the country battles daily case numbers that have now surpassed the peak of the spring wave.

In Quebec, where case counts are even higher, the province has shut down cinemas in Montreal, Quebec City and the Chaudière-Appalaches region, among many other restrictions.

That’s despite the fact that, if you’re looking to have fun outside the home, going to the movies is one of your safer bets — literally speaking.

Cinemas north of the border have seen over two million admissions since reopening around four months ago, and not a single COVID-19 outbreak has been traced back to them, says Nuria Bronfman, executive director of the Movie Theatre Association of Canada.

Movie theatres are large, usually well-ventilated rooms where guests who aren’t in the same social bubble sit far apart. Everyone stares in the same direction — instead of, say, sitting across a table from each other — and interactions with staff are minimal, Bronfman notes.

With the proper safety protocols in place, the movie-going experience can be made safe, says Dr. Sumontra Chakrabarti, an infectious disease specialist at Trillium Health Partners in Mississauga, Ont.

A crowded theatre with audiences screaming, laughing or crying at the screen would pose a high health risk, Chakrabarti says. But a room with good ventilation and where people are sitting five or six metres apart and wearing masks is very different, he notes.

At the same time, though, when evaluating the health risks of going to the movies, “you have to also think about what’s happening in the community,” Chakrabarti says.

While case counts remain very low in parts of the country, going to the movies may present “a bit of a higher risk” in Toronto, where cases have been climbing over the past four weeks, he says.

But as studios delay major releases, it’s the lack of big-budget movies — in addition to health concerns — that might keep Canadians and Americans at home.

“It’s really tough because these theatres rise and fall based on the content,” says Paul Dergarabedian, senior media analyst at Comscore. “It’s the big blockbusters that really inspire people to go out to the movie theatre.”

The pandemic has put a wedge between studios and movie theatres, even though both have much riding on box-office numbers.

Revenue from ticket sales is typically split among theatre owners, distributors and studios, with the latter often taking a larger share of opening-weekend sales.

But with theatre attendance plummeting in North America, many studios are pressing the pause button on their most-awaited releases.

Some have opted for releasing some content straight to streaming. Universal Pictures’ Trolls World Tour had nearly five million rentals in the U.S. and Canada by the end of April, just three weeks after release, racking up nearly US$100 million ($140 million), The Wall Street Journal reported. Walt Disney tried its luck with the same model with its US$200-million ($263-million) Mulan remake, which has been available for streaming for US$30 and $34.99 in Canada on Disney+.

But a streaming-only model likely isn’t viable for Hollywood studios, especially for big-budget movies that might cost more than $200 million to produce and market, Dergarabedian says.

Tellingly, Disney released its live-action version of Mulan in theatres in China, where movie attendance rose to pre-pandemic levels during a recent national holiday. And while Mulan had a disappointing debut there amid a chilly audience reception, the Chinese box office has been a bright spot for Hollywood studios throughout the pandemic.

Christopher Nolan’s spy movie Tenet has grossed around $300 million ($394 million) at the global box office, though just around $50 million ($66 million) in the U.S. and Canada.

Dergarabedian argues Tenet’s North America numbers are solid, given the circumstances, and that studios shouldn’t give as much weight to opening weekend sales as they used to with exhibitors operating with limited capacity and fewer theatres open.

“We have to look at the long-term success, the long-term trajectory of these films, not look at an opening weekend anymore,” he says.

But Tenet‘s less-than-stellar performance at the North American box office may have given studios pause about releasing more of their big-budget films.

Amid a dearth of new material, Canada’s movie theatres are resorting to running on indie productions and re-runs to help keep the lights on.

Jaws and E.T. were the number one films for a few weeks when theatres reopened, Bronfman recalls.

Some theatres, she says, have improvised their own mini-film festivals, showing the full collection of popular sagas (think: all of the Rocky movies, for example).

But cinemas are also hurting from drastically lower revenues from concessions, a key profit generator, according to Dergarabedian.

“A lot of theatres make their money by selling popcorn and candy and soda,” he says.

In Canada, some theatres can’t sell concessions due to local by-laws, while others have opted to let guests bring their own snacks and drinks, Bronfman says.

Still, Dergarabedian believes movie theatres will still be here once the pandemic is over.

“I think theatres are still going to be the destination for blockbusters and other movies,” he says. “A streaming-only world, I don’t think, is ever going to exist because we are social beings,” he adds.

— With files from Reuters

ONTARIO: Over 20 Metro products across the province recalled due to possible salmonella
Nov 29, 2020 8:10 PM

CANADA: Why the 'extreme intoxication' defence is dangerous for women
Nov 29, 2020 9:25 AM
Comments
We welcome your feedback and encourage you to share your thoughts. We ask that you be respectful of others and their points of view, refrain from personal attacks and stay on topic. To learn about our commenting policies and how we moderate, please read our Community Guidelines.