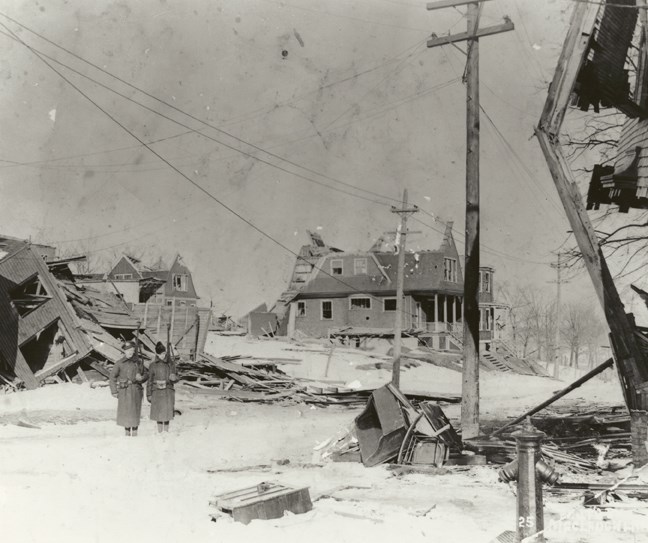 HALIFAX - It’s been 102 years since the Halifax Explosion levelled large parts of the city.

At 8:45 a.m. on Dec. 6, 1917, the SS Mont-Blanc, fully-loaded with wartime munitions, collided with the Norwegian ship SS Imo in the part of Halifax Harbour called ‘The Narrows.’

About 20 minutes later, the Mont-Blanc blew up, obliterating buildings and structures in the largest man-made explosion prior to the development of the atomic bomb.

Approximately 2,000 people died in the blast and around another 9,000 were injured.

He told NEWS 95.7's The Rick Howe Show, one of the reasons is because it happened during World War I and Halifax was an important city to the war effort.

"Some soldiers brought their wives and children to the city ... there were rooming houses with people in them, wartime workers, unless you were registered on the city directory or the tax roll, people didn't know you actually existed," he explained. "If you were killed, your landlord was killed, who would be able to report you were missing?"

He said, in addition to people not being included on the list of victims, some may have been counted twice.

"Sometimes people had a first name that was formal and an informal name," said Beed. "So maybe somebody named John was actually known as Buddy, so they would register two deaths, one for a John and one for a Buddy, turns out they were the same person."

On the 102nd anniversary of the event that defined our city, Beed said there likely aren't any living survivors, and if there are, they were probably too young when the explosion occurred to remember it.

"With the anniversary events, there's a way to renew the memory for us as a people because it is something that shouldn't be forgotten."

ONTARIO: Child and youth mental health service wait lists double to 28,000, report says
Jan 27, 2020 1:20 PM
Comments
We welcome your feedback and encourage you to share your thoughts on this story. We ask that you be respectful of others and their points of view, refrain from personal attacks and stay on topic. To learn about our commenting policies and how we moderate, please read our Community Guidelines.

About the Author: Meghan Groff

Born in Michigan, raised in Ontario, schooled in Indiana & lives in Nova Scotia; Meghan is the community editor for HalifaxToday.ca.
Read more