CANADA: It looked like Trudeau put an 'an awful lot of work' into his brownface costume, says party-goer 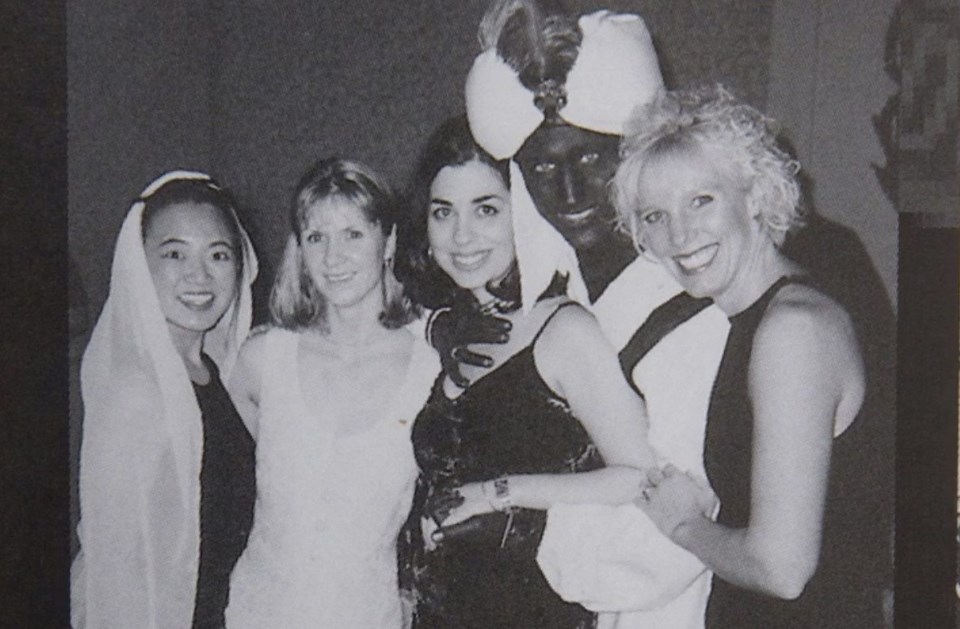 A B.C. man who attended the party where Justin Trudeau was pictured wearing brownface said the Liberal leader’s costume was not considered inappropriate at the time, and would not have been allowed otherwise.

The picture first published by Time magazine shows Trudeau in dark makeup while wearing a turban. The photo was taken at a 2001 “Arabian Nights”-themed gala at West Point Grey Academy in Vancouver, where Trudeau was a teacher.

Roger Husband, whose two sons attended the school, said he often took videos of events there except for at galas, in order to allow people to be “a little less inhibited.”

“It was staggering, it was almost overpowering,” he said. “It looked like an awful lot of work compared to what anyone else put into their outfits. It stood out.”

Husband said he doesn’t specifically remember Trudeau wearing any makeup on his face or hands, acknowledging the differing attitudes towards racism in 2001.

“Somebody would have stopped it.”

Husband said he doesn’t remember anyone else at the party wearing brownface or costumes as elaborate as Trudeau’s.

The photo depicts one of three incidents unearthed this week that show Trudeau in either brownface or blackface.

While apologizing for the 2001 photo Wednesday, Trudeau acknowledged a performance at a talent show when he was in high school at Collège Jean-de-Brébeuf, where he sang the song Day-O “with makeup on.”

The Liberal party confirmed to Global News that this is the photo referred to by Trudeau on Wednesday night.

On Thursday, a video obtained exclusively by Global News shows Trudeau in the 1990s covered in what appears to be dark makeup and raising his hands in the air while laughing, sticking his tongue out and making faces.

Trudeau issued a second apology in the wake of the video, acknowledging his privilege and the way his actions have hurt racialized Canadians.

‘It wasn’t racist at all’

A second photo from the 2001 gala published by Canadaland shows a smiling Trudeau with his arms around two men who appear to be Sikh. The photo was published by the school in an April 2001 newsletter and was found via the Wayback Machine.

The newsletter includes several other photographs of gala attendees dressed in costumes. No one else in the photographs is wearing brownface.

Honey Madan, whose husband and brother are in the second photo and was also at the event, told Global News her family thought nothing of Trudeau’s costume.

“I know people are calling it racist and that, but it had nothing to do with that,” she said. “It wasn’t racist at all.”

Seven of Madan’s children also went to the school and had interacted with Trudeau while he was a math and drama teacher there, she said. She added none of them have experienced racism while at the school.

She said she appreciates Trudeau’s apologies for the photos and video, but is sure he never meant harm to anybody.

“We never got offended at all, I don’t think anybody at the party got offended. It was just a fun night,” she said.

“You go to Halloween parties, you go to other parties and you dress up. Of course he’s the prime minister, so people are making a big thing, but it wasn’t at all.”

Madan also doesn’t remember anyone else in makeup or brownface, but says others were dressed up to match the Arabian Nights theme.

Calls to step down

Vancouver community activist Mo Dhaliwal, however, says comments like Husbands’ about attitudes being different in 2001 is no excuse for what Trudeau did.

“This was a 29-year-old adult — we’re not talking about a child here, we’re talking about a fully-formed adult,” he said. “If that privilege and that unconscious bias didn’t exist, I don’t think he would have, even in that moment, seen his actions as being anywhere close to appropriate.”

Dhaliwal said instances like the ones captured in the photos and video show Canada needs to reckon with its racist history and attitudes in the same way the United States does.

He added a positive step towards acknowledging that painful history would be for Trudeau to step aside.

“What we’ve seen from this prime minister is there’s apologies, but they don’t come with any kind of remedy,” he said. “So what’s the point of apologizing if you’re not actually, in some tangible way, undoing the hurt you’ve caused or setting a standard and an example that this is not acceptable in Canadian society?

“The only way to set that example at this stage is for him to step down.”

Trudeau has not acknowledged he’s thinking about leaving the campaign or stepping down as leader of the Liberal party.

In a letter to parents and students Thursday, school head Stephen Anthony said the 2001 event was organized by a “culturally diverse group of parent volunteers” and was meant to be “celebratory and respectful.”

WATCH: ‘I never should have done it’: Trudeau apologizes again after blackface video emerges

“That said, cultural sensitivities have evolved over the past 18 years, and I want to reaffirm that all school programming, activities and events aim to be progressive and inclusive,” Anthony wrote.

Anthony said a recent survey among parents, students and staff gave the school “the highest possible rating when describing [it] as a culturally diverse community.”

The private school, which was founded in 1996 and costs more than $20,000 per year in tuition, boasts several “global learning and languages” programs meant to foster multicultural understanding and inclusivity, according to its website.

The school did not provide anyone to comment to the media Thursday.

Husband says his sons learned to not refer to people by their skin colour or hold other racist attitudes while at the school, pointing to the school’s policies surrounding diversity.

He says the fallout from the photos and video this week is “overblown,” saying it hasn’t altered his opinions of Trudeau.

“There must be more important issues to be talking about,” he said.

CANADA: Can you afford that puppy? Pet ownership can be costly, so budget before you adopt
Aug 4, 2021 9:25 AM