Freeland did not link these two cases to the ongoing diplomatic tensions between Canada and China over the arrest of Huawei executive Meng Wanzhou
Aug 7, 2020 1:32 PM By: Canadian Press 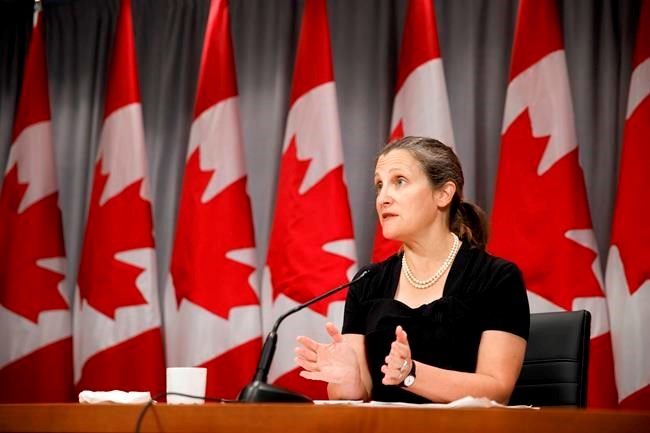 OTTAWA — Deputy Prime Minister Chrystia Freeland says Canada is telling China that it strongly opposes the death penalty, after a second Canadian was sentenced to death on drug charges by a Chinese court this week.

Ye Jianhui was sentenced Friday by the Foshan Municipal Intermediate Court in the southern province of Guangdong after being found guilty of manufacturing and transporting illegal drugs.

This comes one day after Canadian Xu Weihong was also sentenced to death by a different court in the same province.

Freeland says Canada has long opposed the death penalty as a cruel and inhumane form of punishment and that Canadian officials will keep making this clear to China.

She did not, however, link these two cases to the ongoing diplomatic tensions between Canada and China over the arrest of Huawei executive Meng Wanzhou.

She has previously described China's detention of Canadians Michael Kovrig and Michael Spavor as apparent retaliation for the arrest.

This report by The Canadian Press was first published Aug. 7, 2020.