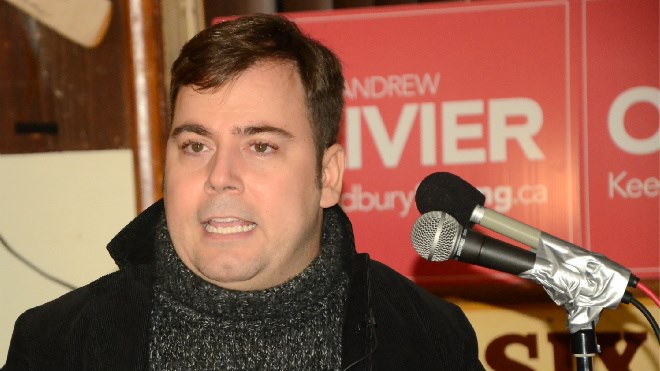 Testimony continues today at the Sudbury byelection bribery trial. This is the third day of proceedings that are expected to last two weeks. (File)

After the dramatic testimony last week by Andrew Oliver, the bribery trial in Sudbury resumed Monday morning with Simon Tunstall, the former executive director of the Ontario Liberal Party, on the stand.

Crown Attorney Rick Vesca asked Tunstall about an email he sent in November 2014 to Patricia Sorbara, former CEO of the Ontario Liberal Party and former deputy chief of staff to Premier Kathleen Wynne, regarding his thoughts on events in Sudbury.

A few days before, NDP MPP Joe Cimino shocked the province when he resigned his seat in Sudbury, sparking the February 2015 byelection. It was the party's decision to go with Glenn Thibeault over Olivier – and efforts made by Sorbara and fundraiser Gerry Lougheed Jr. to get Oliver to back Thibeault – that led to the current charges.

In the email, Tunstall makes it clear he doesn't think the party has a chance to win, because governing parties rarely win seats in byelections.

“She was the campaign director and I didn't want to share this with a million people,” Tunstall replied, when asked why he sent the email to Sorbara alone. “This is me on my own, I had thoughts in my head I wanted to get out.”

“What point were you trying to convey?” Vesca asked.

“I thought [the Kitchener-Waterloo byelection] was unnecessesary, cost us time and energy and we ended up with the same candidate,” Tunstall replied, explaining the advice in the email.

“I think the backlash in Sudbury would be significant” if they didn't go with Olivier, Tunstall wrote in the email.

“You would almost certainly lose?” Vesca asked this morning.

“I thought we would lose regardless,” Tunstall replied.

Since Olivier had already signed so many people up during the June election, Tunstall said he would likely win an open nomination anyway.

“If another candidate jumped in the race at this point, they would be way behind,” he told Vesca.

So if they wanted another candidate, they had to give them time, or “they needed Andrew to be not interested in running anymore,” Tunstall said.

“I think it's unlikely Andrew would lose a contested nomination.”

When Thibeault emerged as a star candidate, Tunstall admits he had no idea who he was.

“It was the first time I had heard the name Glenn Thibeault,” he said. “Prior to that conversation, I had to look up who he was.”

For more on this story: