BEYOND LOCAL: Is flight shaming the next climate change conversation?

Aviation is not reducing their carbon footprint at the same rate as grand transport and industry
0
Jul 11, 2019 9:25 AM By: Global News 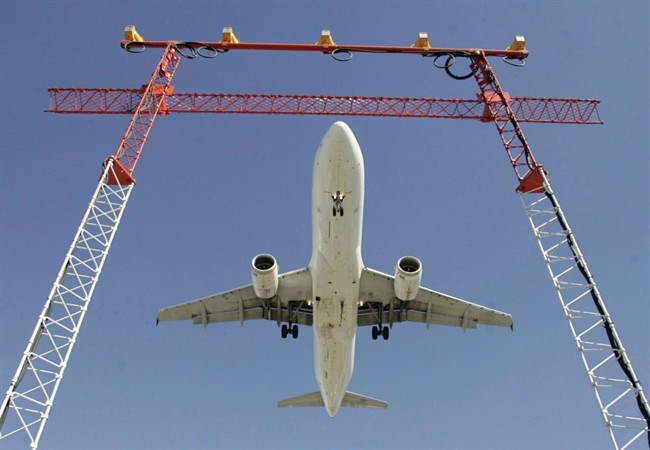 “If you cost that, you would see that the tickets are extraordinarily cheap,” he told British lawmakers on Tuesday.

The 93-year-old, who is behind hit shows like Blue Planet, was speaking to the British Parliament’s Business, Energy and Industrial Strategy Committee about climate change and the U.K.’s aim to be a “net-zero” emitter of greenhouse gases by 2050.

“I’m OK for the next decade, and all of us are OK because we won’t face the problems that are coming,” said Attenborough.

“But the problems in 20, 30 years are really major problems that are going to cause great social unrest and great changes in the way we eat and how we live.”

How we currently live in the developed world is very much dependent on affordable air travel.

The International Air Transport Association (IATA) forecasts that more than 4.5 billion airline tickets will be sold in 2019, a 4.6 per cent increase from 2018.

IATA says passenger air travel has increased by 50 per cent in the past six years alone.

The ongoing increase in flying comes as countries aim to reduce emissions and meet targets needed to satisfy the goals of the Paris climate accord.

The consensus is that air travel contributes about two per cent of greenhouse gases to the atmosphere.

But as other sources of emissions — like ground transport and industry — reduce their carbon footprint, aviation’s slice of the pie could increase considerably.

And for those of us who fly regularly, more than half of our individual carbon footprint could come from travel.

The World Wildlife Fund’s environmental footprint questionnaire can give you an estimate of how much of your total emissions come from travel.

In most cases, flying has the largest carbon footprint of any conventional mode of transport.

However, comparing the carbon footprint of flying, driving and other forms of transit is tricky. Factors that affect comparisons include the number of passengers, the efficiency of the vehicle you’re travelling in and the distance travelled.

Complicating matters further is a lack of scientific consensus on the effect that non-CO2 pollutants like nitrogen oxides have on climate change.

Consequently, the UN’s civil aviation agency, the International Civil Aviation Organization (ICAO), accounts for CO2 emissions alone on its carbon emissions calculator, a tool that estimates the CO2 impact of a passenger flight.

Other carbon calculator tools will often include non-CO2 emissions to estimate the theorized “real impact” of your flight on climate change.

Air Canada’s carbon offset payment tool estimates that a one-way flight between Montreal and Toronto emits 49 kilograms of carbon per passenger, but that increases to 98 kilograms when you opt to include non-CO2 emissions.

The website Carbonfootprint.com estimates a regular family sedan emits 80 kilograms of CO2-equivalent emissions for the same trip, although that becomes much more efficient with multiple passengers in the car.

Campaigners say it’s time we thought more about how often we fly.

“[People] may start recycling plastics and try and turn down the thermostats in their homes, but actually, all those savings could be wiped out in one go by taking even one short-haul flight,” said Tim Johnson, director of the London-based environmental campaigning group Aviation Environment Federation.

Aviation Environment Federation says the conversation starting on the issue of how much we fly.

“Actually communicating the scale [of the issue] is where we need to start that conversation with consumers and the public.”

Johnson says the air travel industry is starting to realize it needs to act if it is to be part of the solution in reducing emissions.

“I’ve worked in this industry for 20 years and I’ve never seen the level of sort of public scrutiny and interest in how the industry is going to respond to its climate impact,” said Johnson.

“And this is actually making airlines think, you know, is the public attention going to be switched to aviation very shortly?”

One person who switched a long time ago is British woman Anna Hughes. She hasn’t flown since visiting her sister in the Channel Islands near France 10 years ago.

“I got off the plane and I thought, ‘I could easily have gone by boat,’” she said.

“So why did I bother flying? Especially because I knew already what the carbon impact of flights were.”

Hughes is part of a new movement called Flight Free 2020, an international campaign to go one full year without flying.

“If you’re in the habit of flying a lot, it is really hard to take a year off. But we kind of want that as like a little challenge.”

Flight Free 2020 started in Sweden and has recently launched in Canada, too.

“Obviously, it is not our aim to shame people or tell them that they need to change the way they live,” said Hughes.

“All we’re doing is presenting information and hoping that people will then make an informed choice about how they get around.”

ONTARIO: Catholic teachers introduced new benefits demands, charges minister
Feb 25, 2020 5:20 PM
Comments
We welcome your feedback and encourage you to share your thoughts on this story. We ask that you be respectful of others and their points of view, refrain from personal attacks and stay on topic. To learn about our commenting policies and how we moderate, please read our Community Guidelines.