BEYOND LOCAL: How quickly should you pay off your student loans? 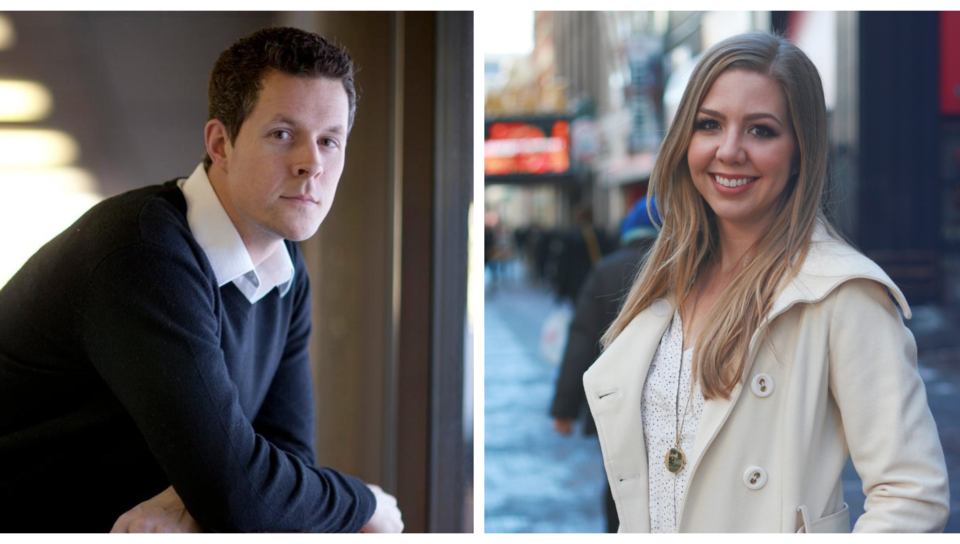 Bridget Casey and Robb Engen are two of Canada’s best-known money bloggers — and, like at least half of university graduates in Canada, they had student loans.

Casey, 33, the creator of financial literacy website Money After Graduation, finished her undergraduate degree with around $21,500 in government student loans and then used a line of credit to finance part of her MBA. Engen, 40, a fee-only financial advisor and father of the Boomer and Echo money blog, left university with nearly $30,000 in debt.

The stories of how they repaid that load couldn’t be more different. And yet, the advice they have to today’s graduates is remarkably similar.

When Casey finished her undergraduate study she was determined to incinerate her pile of student debt at record speed — and she did. In just 22 months, at age 27, she had managed to repay the government in full, a feat that helped propel her to the top echelons of Canada’s money blogosphere.

Burning more than $20,000 in student loans in less than two years wasn’t easy. To turbo-charge her income, Casey lined up a chemistry tutoring gig on top of a full-time job. In addition, she’d work as a freelance writer in the evenings and take up odd jobs she’d find on Kijiji during the weekend.

“I remember one time … my only job was to go scan every item in the baby section at The Bay and I got, like, $18 an hour.”

“I basically didn’t say no to anything that paid me at least $15 dollars an hour,” she added.

With money coming in from multiple sources, Casey was able to throw as much as $1,000 at her debt pile every month.

But when she signed up for an MBA in Finance from the University of Calgary she discovered her debt-slashing exploit had one big drawback.

When she applied again for student loans, the government “looked at my great income and [was] like, ‘oh, you should have tons of money saved’,” she said. “But I had used all my money to pay off my student loans, so it put me in a really tight bind that first year.”

Casey had to resort to borrowing from a financial institution through a line of credit instead. Luckily, she landed a full-time job with a base salary of $75,000 during the second year of her MBA, which she attended at night, and was able to bring in another $30,000 from Money After Graduation.

When Engen wrapped up his own degree, he was in no rush to extinguish the $55,000 that his wife (then girlfriend) had in student debt.

“Rather than completely paying off my student loans and starting over at zero, I paid off some of the debt and used the remainder for a down payment on a new house,” Engen recalled in a blog post.

Eight years later, he wrote, the house had doubled in value:

“We would not have been able to achieve these gains if we made student loan repayment our number one priority.”

Even when the couple had just $3,500 left to repay, they stuck to a monthly payment of just $145, channeling the bulk of their savings toward their mortgage and registered retirement savings plans (RRSPs) and tax-free savings accounts (TFSAs).

How to get student-debt repayment just right

For those who are just starting to poke at their heap of student loans, Casey and Engen have the same tip: take a medium-heat approach, if you can.

Turning the flame as high as you can under your student debt pot doesn’t always make sense, both Casey and Engen said, because government student loans have relatively low interest rates.

Currently, Canada Student Loans come with either a fixed rate of 8.95 per cent or a variable rate of 6.45 per cent. The interest starts accruing when you leave school, meaning that the charges begin to pile up even during the six-month grace period after graduation when you don’t have to make payments.

And things are about to get even better. As of Nov. 1, interest will no longer accumulate on Canada student loans and Canada Apprentice Loans during the non-repayment period, and interest rates will be reset lower. For loans with fixed rates, the government will charge a rate equal to the Bank of Canada’s prime rate (currently 3.95 per cent) plus two per cent (instead of prime plus five per cent). For variable loans, Ottawa is cutting rates to prime from prime plus 2.5 per cent.

While even the new interest rates might be higher than what you’d pay on a mortgage these days, student loans are far cheaper than credit cards, which typically charge an interest of 20-per cent on purchases.

“I tend to want to tackle the highest interest rate first,” Engen said.

If you have more expensive debt, focus on that, while still making minimum payments on your student loans, he added.

Road-test your budget before you ramp up debt repayments

Engen also advised sticking with a monthly payment you can comfortably afford at first.

When you’re a budgeting newbie, it’s easy to make mistakes — not to mention that circumstances can change rapidly when you’re a recent graduate. A new job, for example, can come with what looks like a generous paycheque — but also a move to a much more expensive city.

“You’ve upgraded your housing or your transportation situation — you want to make sure you’ve got an absolute good handle on that,” Engen said.

That’s why Engen recommends road-testing your budget for two to three years after graduation before committing to ramped-up loan repayments.

The first order of priority when you’re out of school should be to build an emergency fund so that you don’t have to tap your credit card to cover unexpected expenses or pay the bills if your income dips, Casey said.

While the standard advice is to squirrel away the equivalent of three to six months worth of living expenses, Casey said that’s an unreasonably high target for a newly minted graduate.

“I usually tell people to aim for $3,000, which is enough to pay for one month of rent, plus a few little extra expenses,” she said.

Having a cash cushion is more important that stretching your debt repayments to the max, she added.

“You can always move money from your savings to pay off your dent, but you can’t go the other way.”

Even small debt-payment boost can make a big difference

While there is such a thing as trying to repay your student loans too fast, small increases to your monthly contributions can make a big difference, Casey said.

“A lot of people are tempted to just take the repayment plan that the government sets up for them, which is the normal term of 10 years,” she said.

But even adding an extra $25 a month works out to $300 a year that goes entirely toward your principal. Over several years, that could save you a lot in interest, she added.

There are other things you could be doing with your money

Getting in the habit of saving is as important as getting used to your student loan payment coming out of your bank account every month, Engen said.

“ I’m a big believer in working on both sides of the ledger.”

And the fact that student loans have relatively low interest rates also means you might be able to earn a better rate by investing money you’re not sinking into your IOU with the government, Casey said.

Her sister, for example, also slashed her student loans in record time, Casey added, and lost out on a massive stock market rally as a result.

“She literally just focused on her debt for three years, and the stock market has been wildly profitable — and she didn’t invest a thing!”

So how long should you take?

Here’s where Engen and Casey diverged a little. While Engen said there’s nothing wrong with taking the default 10 years to drive your student loan balance to zero, Casey leans toward a slightly more aggressive approach.

“I don’t think you should take the 10-year repayment term, but five years is fine — you don’t have to be crazy like me.”

CANADA: More Canadians say worst of COVID-19 yet to come as the Delta variant spreads, poll suggests
Aug 5, 2021 9:25 AM