BEYOND: Immigrant children's health declines rapidly upon arrival in Canada. Why?

The findings seem counter-intuitive when you consider that Canada offers relatively abundant food, accessible healthcare, and a high standard of living
0
Apr 12, 2019 8:55 PM By: Village Media 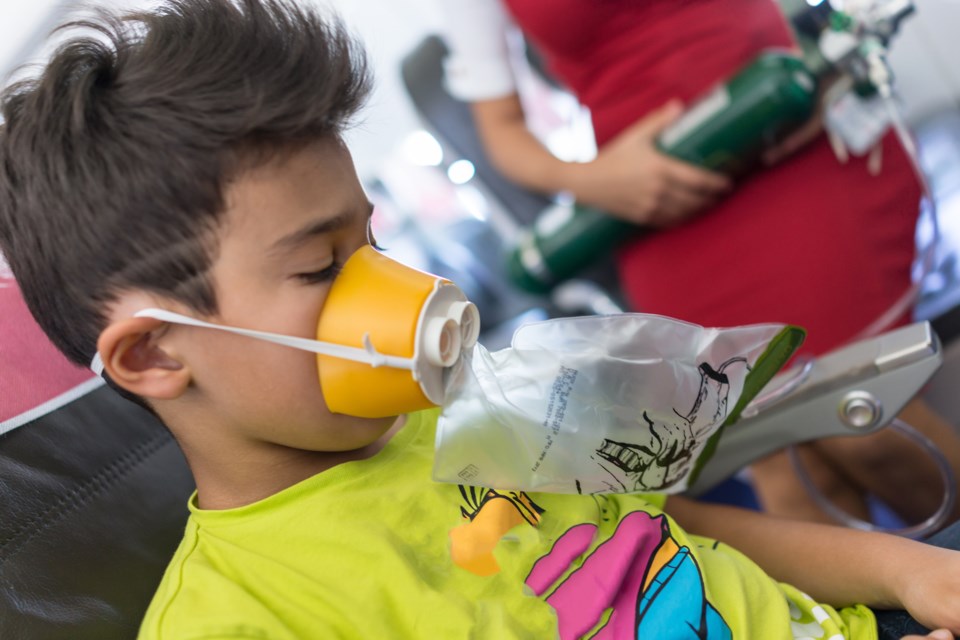 A healthy, happy future, free from poverty: This is the aspiration of many new immigrants and refugees to Canada and the United States. Leaving harsh conditions and food scarcity behind, they embrace the safety and relative affluence that North America offers.

Few would have imagined that migration would damage their family’s well-being and lead to rapid health decline.

Yet research studies over the past 15 years have found that immigrants arrive in better health than Canadians — with a lower incidence of chronic diseases such as heart disease, cancer and diabetes — but suffer a decline in their health as their time in Canada increases.

This decline applies to young children too. As a professor and a postdoctoral fellow in the School of Public Health and College of Pharmacy and Nutrition at the University of Saskatchewan, we recently conducted the first comprehensive research project in Canada examining the health of immigrant and refugee children after their arrival in the country.

This study, published in Applied Physiology, Nutrition and Metabolism, found several health concerns and nutritional deficiencies in many of these children.

Our study of 300 immigrant and refugee children in Saskatoon and Regina, Saskatchewan, found that these newcomer children often embrace a Western diet and sedentary lifestyle. Some parents are unaware of the dangers of overeating and the calories attached to the Western diet.

Overall, newcomer children were found to have borderline or elevated blood pressure— substantially higher than that of Canadian children.

Thirty-six per cent of the children in our study also had an inadequate intake of zinc, which is essential for growth and development.

Fifty-two per cent had unhealthy cholesterol levels, whereas just 35 per cent of Canadian children had similar levels. It is worth mentioning that increased stress is a known risk factor for high cholesterol.

Other research has found that some groups, such as South Asian immigrants — particularly women — are at a higher risk of developing high blood pressure the longer they reside in Canada.

Non-European newcomers also experience significant deterioration in how they rate their own health, and increase in body mass index (BMI) over time, compared to people who were born in Canada.

Why this decline in health? Canada offers relatively abundant food, accessible health care and a standard of living that is one of the highest in the world, so the findings may appear counter-intuitive.

The answer lies both in the situations that immigrants and refugees have left behind, and the conditions they find when they get here.

Some immigrants find their pre-immigration dreams confounded by circumstance. They live in relative poverty, working dead-end jobs that fail to exploit their experience and potential. Some came to Canada as highly qualified professionals, optimistic about their prospects in a new country, but are unable to find meaningful, rewarding employment. Some who dreamed of a middle-class lifestyle struggle at the bottom of the economic pile due to language and educational barriers.

For many immigrant families, the stress of adjusting to life in Canada may contribute to deteriorating health. Many lose their social support network through migration. It can also be challenging to access culturally appropriate health care.

We spoke with numerous immigrants and health-care providers about newcomer health, diet and lifestyles. Many newcomers spoke of their aspirations to attain a good standard of living in Canada and the daily struggles they experienced to achieve this.

Some had become disillusioned with life in Canada because of their difficulties achieving the lifestyle they had expected, or aspired toward.

One refugee was so disheartened by the difficulties he encountered in getting a good job and providing for his family that he wanted to be sent back.

“Refugees and immigrants are in survival mode, because doctors, engineers and professors are pushing shopping carts,” said one service provider, commenting on the rising number of food insecure immigrants.

Research has shown that health disparities among ethnic groups can be reduced when individuals are able to achieve their desired level of socio-economic attainment. As such, living on a low income for extended periods can contribute to physical and mental health problems and a turn towards unhealthy affordable food.

On a low income, a hamburger and fries may cost less than a salad, but will fill a rumbling stomach.

An abundance of food

Refugee children who have known hunger can also find it hard to control their appetite.

“A lot of people change the way they eat. That’s why they gain so much weight. There is an abundance of food here,” said a health-care provider in Regina.

“Sometimes children coming from a refugee camp with very little to eat come here and eat too much,” added an immigrant service provider.

Another factor is that in some cultures, plump children are considered healthy. One family told us that eating meat, once a luxury to be enjoyed once or twice a month, was now considered both desirable and essential.

Thirteen per cent of Canadian children aged three to 19 years are obese, compared to 10 per cent of newcomer children who have been in Canada for five years or less.

Understanding these newcomers’ rapid routes to obesity and deteriorating health is important if we are to prevent chronic disease in adulthood, including Type 2 diabetes and hypertension.

Health and social service personnel should be sensitive to these risks when devising effective and culturally sensitive health screening programs.

BEYOND LOCAL: Tips for sleeping better during a global health crisis
Jun 2, 2020 8:55 PM

COVID-19: Ontario mulls collection of race-based data
Jun 2, 2020 4:20 PM
Comments
We welcome your feedback and encourage you to share your thoughts. We ask that you be respectful of others and their points of view, refrain from personal attacks and stay on topic. To learn about our commenting policies and how we moderate, please read our Community Guidelines.