Behind the scenes of the Highway 400 'nightmare scenario' 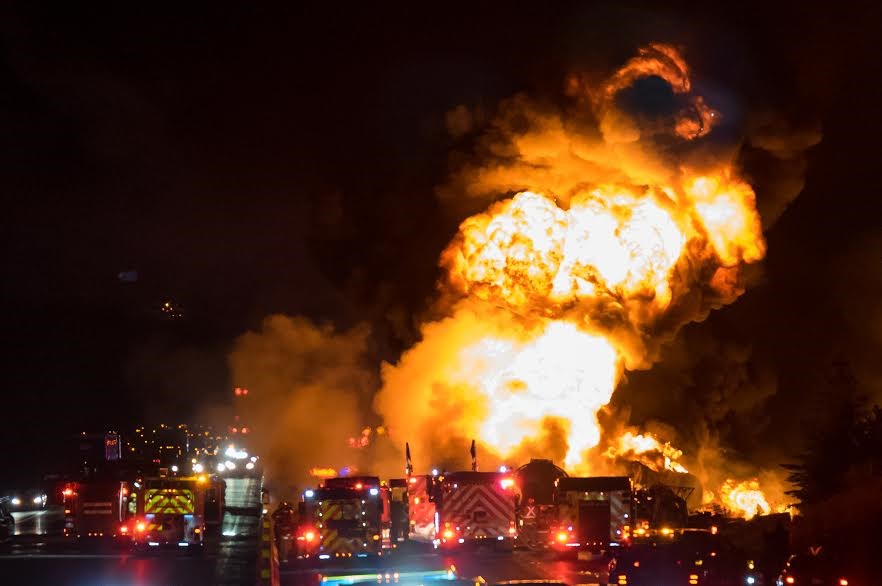 BARRIE — First responders who rushed to the scene of Tuesday's devastating crash are now trying to process what was an unprecedented incident for most.

"It's something out of a movie. It's something that I think you might see once in a career at that magnitude and I think it's going to have an overwhelming effect on the general public as well as our staff from an exposure to a situation like that," said JC Gilbert Deputy Chief of Operations for County of Simcoe Paramedics.

Twelve paramedics in nine ambulances responded to the crash in a coordinated effort with York Region Paramedics who had a couple of units on site.

"Once we had an idea of how many patients there were, we cancelled that," Gilbert said "We start out with worse case scenario response and then we dial back from there."

Once it was safe to do so, paramedics went from car to car searching for victims.

"It turns into a mass casualty incident, or at least the potential for one. On initial arrival we survey the scene, understand what was actually taking place. What the safe place is to be. What the immediate threat is which would've been the large-scale fire that was going on and the walking wounded that were able to get to us."

"From quite a ways out you could actually see the column of smoke and the fire burning. It was a major event obviously from a significant distance out.  Once arrived on scene we worked with other departments to establish a plan and create some water supplies and start the fire fighting efforts from there," Mainprize said.

It was also an unprecedented collision for Mainprize.

"It was certainly a spectacular incident. Almost reminiscent of a movie scene based on what we were dealing with. It was probably from a motor vehicle accident, the largest incident that I've ever approached, from the number of vehicles involved."

Barrie Fire was among eight fire departments who battled the massive blaze.

Firefighters deemed the safest option was to let some sections of the blaze burn itself out and others were extinguished.

A big challenge was getting water to the scene.

"Obviously a rural area with no water supply available. Shuttling water from outside areas was a major operation. I think at some point we had 15 to 20 tankers operating from 8 different departments to feed water supply to the incident.  Significant undertaking to establish water to something such a rural location."

The OPP received support from South Simcoe Police in what was a large, coordinated effort by first responders.

In addition to the blaze,a long line of traffic stuck in the closure had to be turned around, including countless transport trucks.

"It was a massive response. Incredible response from everybody involved," said OPP Sgt. Kerry Schmidt.

Emergency Services in Simcoe County train for large-scale incidents but this one even involved services from beyond their borders.

"We actually had departments that we don't work with all the time. Communications can present some problems when you're working with departments that you're not overly familiar with. We established some regimented time lines that we would check in, re-evaluate the plan and come up with a new action plan if required or just carry on with what we're doing," said Mainprize.

Moving forward, first responders will review the incident to see what can be learned.

"I think we have to maintain and continue to grow our knowledge of these situations and how we can deal with them most effectively. So I think we will take a backwards look at this when we're all finished and see where we can improve," said Gilbert.

And he echoed the sentiments of many officials, including Prime Minister Justin Trudeau, who thanked first responders.

"A shout needs to go out to all the emergency services, who in the middle of the night, all across Simcoe County, mobilized," the Mayor said.

"Lots of people who got the phone call in he middle of the night rushed out in their uniforms either to go directly to the scene or to back-fill for those who did have to go to the scene.  I really have to say thank you to all the emergency personnel and first responders who attended."

About the Author: Sue Sgambati

Sue has had a 30-year career in journalism working for print, radio and TV. She is a proud member of the Barrie community.
Read more